join us donate
LOG IN or SIGN UP
Liquid syntax error: Error in tag 'subpage' - No such page slug join
find a vendor
July 10, 2012 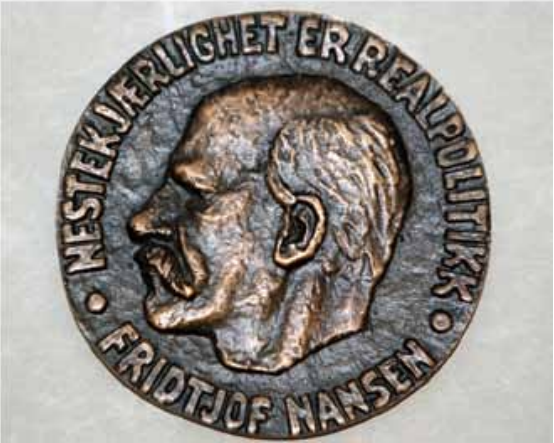 In 1986, the “people of Canada” won the Nansen Medal, awarded by the United Nations for outstanding service to the cause of refugees.

This July, the Harper government will remove refugees’ access to many of our country’s medical services. In tragic irony, this could kill some people who come to Canada fleeing for their lives. In disgrace and shame, we should give the Nansen Medal back.

Canada has a rocky history with how it treats newcomers. A colonized country stolen from its Aboriginal inhabitants, this government of immigrants put a Head Tax on the Chinese and turned away boats filled with South Asians (the Komagata Maru) and European Jews escaping Nazi Germany.

After a more selective Cold War period (those fleeing communist countries were seen as more deserving), the Canadian Immigration Act of 1976 enshrined refugee rights and allowed Canadian citizens to privately sponsor refugees. We responded to this with tremendous enthusiasm and in 1986 the United Nations High Commissioner for Refugees awarded us with the Nansen Medal.

The medal is considered one of the most prestigious awards given out by the United Nations. Other winners include the Red Cross, Norwegian King Olav V and Médecins Sans Frontières. However, Canadians are the first and only people to be honoured collectively with the award. If you were a Canadian citizen in 1986, it’s partly yours.

But it didn’t take long for the Canadian government to tarnish this award. The Mulroney government began shifting Canada’s refugee policy towards that of the U.S., refusing many fleeing the deadly right-wing dictatorships of El Salvador and Guatemala (who were American allies). And it consistently failed to improve the system—refusing to provide appeals and creating major backlogs.

The Harper government has now taken the step of cutting off supplemental health care for refugees—whether they’ve already been accepted from overseas, are being sponsored by Canadian citizens or just arrived at our doorstep. Last year, according to Statistics Canada, that was more than 28,000 people.

Immigration Minister Jason Kenney has argued the measure will dissuade “bogus” claims. It will do no such thing. It will, however, kill people. Aside from some basic provincial services, it will cut off access to medicines and medical devices for people with chronic and acute illnesses.

And along with the new health care rules, Kenney is drawing up a list of “safe third countries” that will give the government the ability to return refugees back to the last country they were in before they entered Canada. Most European countries, the U.S. and Mexico will likely be on this list—making it nearly impossible for many refugees to stay in Canada once they get here.

At one time, we Canadians stood in strong support of refugees. Now the Harper government is cutting us off from the world’s poorest, neediest and most fragile. I am embarrassed and ashamed.

As one of the “people of Canada” who was awarded the Nansen Medal in 1986 (accepted on my behalf by then-Governor General Jeanne Sauvé), I feel we have to give it back. We no longer deserve it.