join us donate
LOG IN or SIGN UP
Liquid syntax error: Error in tag 'subpage' - No such page slug join
find a vendor
October 02, 2013 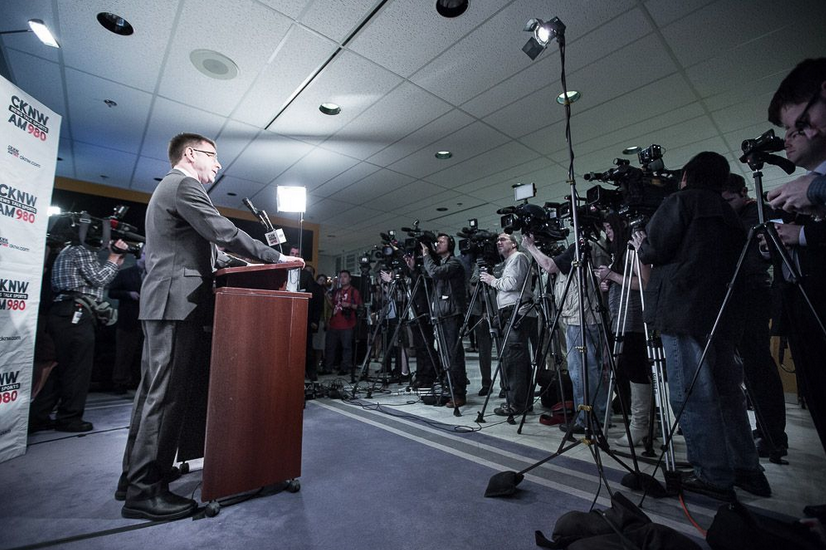 Photo by BC NDP.

With Adrian Dix’s resignation as leader of the BC New Democratic party, much is being made about whether his decision to steer away from negative campaigning is to blame for the party’s loss in the provincial election. It wasn’t. And at a time when public discourse seems to almost revel in sensationalism and misinformation, we need leaders to raise the level of debate now more than ever.

Dix’s positive campaign was certainly a bold decision. After a decade in power, the BC Liberals, and even its fledgling leader Christy Clark, had given Dix plenty of ammunition to rip them apart. From the botched HST to a legacy of punitive social cuts, the Liberals had proven to be as mismanaged and misguided as any political party before them. They were ripe for a brutal takedown.

However, Dix stuck to the high road—even when he was being torn apart by the Liberals. “We intend to respond [to negative ads] in a positive way,” he told The Chilliwack Times. “We want to talk about the issues that matter to people.” Cynics argued his own controversial past, notably forging a casinogate memo, meant he had no choice but to go positive. But pundits also agreed that Dix had hit a nerve in public discourse— disillusioned by negativity, people wanted substance.

Unfortunately, the postmortem is pointing the NDP in the opposite direction. “A more aggressive, bloodyminded campaign than the one we conducted would have acted on the traditional political principle that the best time to kick your opponent is when they are down,” wrote NDP campaign director Brian Topp in a recently leaked memo.

The NDP lost because Dix didn’t succeed in articulating a clear vision of what an NDP government would look like. His about-face decision to oppose the Kinder Morgan pipeline during the campaign made him appear as a flipflopper, but it was one of the few times the NDP seemed to actually stand for something. Dix may have refused to go negative, but his campaign offered few positive aspects either.

We have become resigned to negativity. We all agree that we abhor it, but admit its seemingly hypnotic influence. And we see it not only in politics, but in almost every aspect of public discourse.

Recently, when I was pitching a story to a reporter about how Megaphone’s Voices of the Street literary issue gives a voice to a marginalized community, he just wanted to know what side I supported in the Downtown Eastside anti-gentrification protests. When I tried to explain that the debate is more nuanced than the impact of a single restaurant, that we need to look at both the broader social issues and acknowledge why gentrification is causing so much tension, he lost interest.

Megaphone is committed to raising the level of debate. We remain committed to informed coverage, to giving a voice to those who are often denied it and to creating open and healthy conversations about important and difficult social issues. Let’s continue to pressure our politicians, and the media, to do the same.