join us donate
LOG IN or SIGN UP
Liquid syntax error: Error in tag 'subpage' - No such page slug join
find a vendor
May 08, 2012 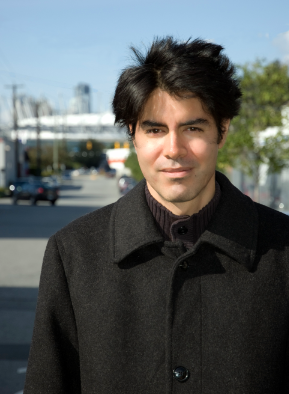 For award-winning poet and novelist Garry Thomas Morse, many of the stories published from Megaphone’s writing workshops have a very personal connection.

Born and raised in low-income housing in Vancouver’s West End, members of Morse’s family have struggled with issues such as alcoholism and mental illness.

“I have seen how our system can reject people,” says Morse. “When the social safety net collapses, there’s no place for some to go.”

Because Megaphone creates space and dialogue in the magazine for people who have often been rejected, Morse has been a repeat donor to Megaphone’s writing workshop program. He has donated $500 on two separate occasions and has donated a further $1,000 to this year’s fundraising drive.

Run in treatment centres, social housing buildings and community centres in the Downtown Eastside and downtown Vancouver, Megaphone’s writing workshops give an opportunity for marginalized people to express themselves and explain to readers what it’s like to struggle with homelessness, poverty, addiction and mental illness.

“I support Megaphone because I feel it helps to encourage both independence and self-esteem for people,” says Morse. Sympathizing with how difficult it can to be an artist of any kind in Vancouver, his work sometimes touches on this aspect of the city, especially in his book of fiction Death in Vancouver. Additionally Morse has written four books of poetry and is an editor at Talonbooks. 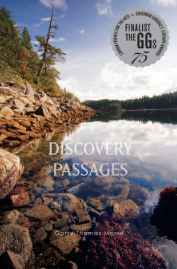 His most recent work, Discovery Passages, a collection of poems about his mother’s people, the Kwakwaka’wakw (Kwakiutl) First Nations, was a finalist for the 2011 Governor General’s Literary Award for Poetry and is currently nominated for a BC Book Prize for Poetry. Talonbooks will publish Morse’s second book of fiction, Minor Episodes/Major Ruckus, in the fall, 2012.

Although Morse won the 2008 City of Vancouver Mayor’s Arts Award for Emerging Artist, in 2009, when simultaneously, his small business of 10 years was hit by the economic crisis and he fell victim to job cuts along with hundreds of other workers, he felt compelled to leave Vancouver for a while because the city had become too unaffordable for him.

“It’s a hard city to live in—very real estate driven,” he says. “There doesn’t seem to be much room for anything else in this city.”

This is all the more reason to support Megaphone, which Morse considers a “publication from the ground up.” Megaphone often does investigative features into the city’s housing crisis.

As Morse indicates, “It’s up to independent media like Megaphone to make sure the voices of everyone in our community are heard and to talk about issues that are ignored by mainstream media.”