join us donate
LOG IN or SIGN UP
Liquid syntax error: Error in tag 'subpage' - No such page slug join
find a vendor
December 19, 2012 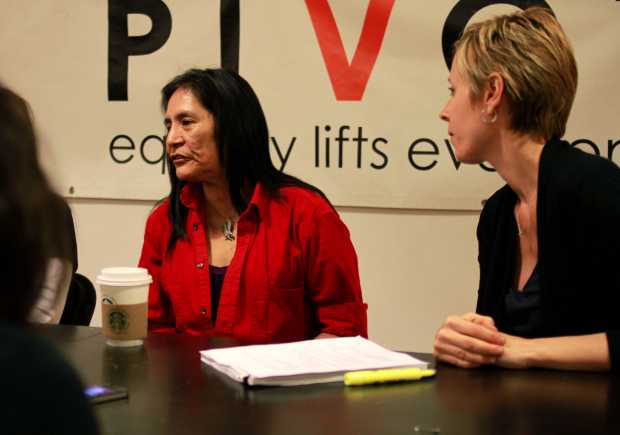 After two years of hearings and protest, Vancouver’s Missing Women Inquiry report was made public yesterday afternoon, which was also International Day to End Violence Against Sex Workers.

At a press conference yesterday to mark the annual day that calls attention to hate crimes committed against sex workers, Sex Workers United Against Violence (SWUAV) drew attention to voices unheard in the final report.

“The sensitivity training for police officers is not enough,” said former sex worker Kerry Porth. “It needs to be mandatory and it needs to be ongoing and they need to do a serious audit looking at systemic racism, sexism and bias against people who are impoverished or have addictions issues or people who are suffering from mental health issues.”

SWUAV was granted full participant status at the Missing Women Commission of Inquiry in 2010, but was shut out of the process when the provincial government failed to provide legal funding or other forms of support to make their participation possible. Many similar community groups, such as Providing Alternatives Counseling and Education (PACE) Society and WISH Wellness Centre joined SWUAV in boycotting the hearings after legal support was denied. 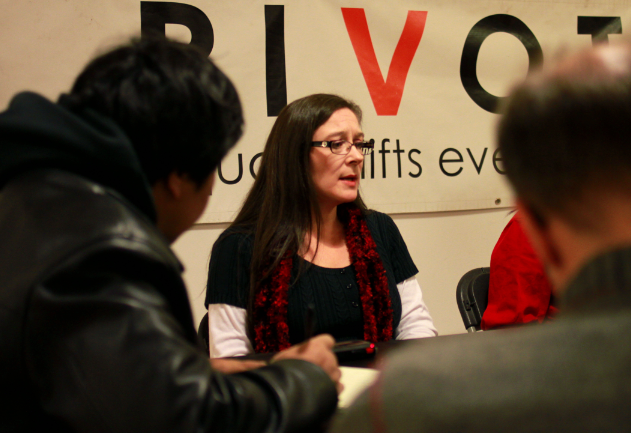 Although Porth commended Oppal for acknowledging systemic bias within the Vancouver Police investigation, she said the report was not worded strongly enough, and failed to name names.

“Mr. Oppal chose to indicate the police and criminal justice branch were merely reflecting societal values,” she said, adding that the report should have called out officials’ discriminatory behaviour. “If no one individual is held responsible, then no one is responsible.”

Porth also raised questions about how the report’s recommendations would be funded. “I have seen nothing from the provincial government at least the last 10 years to indicate there is any political will to fund programs and initiatives that would help sex workers in Vancouver,” she said.

Coincidently, the report was released on International Day to End Violence Against Sex Workers, which aims to bring attention to the violence against sex workers and to remove the stigma and discrimination associated with survival sex work. Oppal made mention of the commemoration in his briefing.

Former sex worker and SWUAV founding member DJ Joe acknowledged survival sex workers’ increased conflict with police survival over the last decade. “They [sex workers] have to do what they need to get food on the table and clothes on their back,” she said. “Police are always hiding somewhere, in an unmarked car around the corner from where they’re working, and they bust them right then and there.” 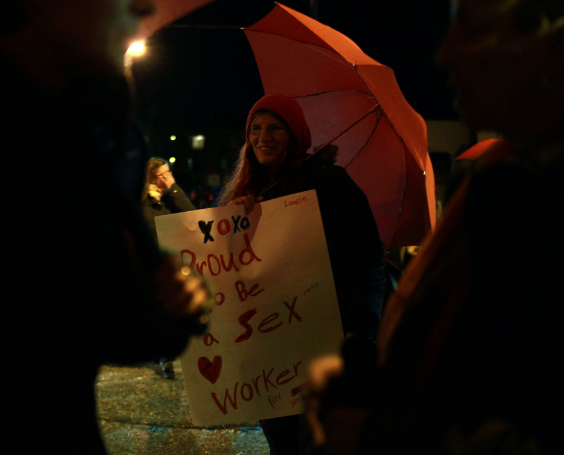 Dozens of supporters marched through the Downtown Eastside yesterday to honour International Day to End Violence Against Sex Workers. Photo by Katie Lin.

Pivot lawyer Katrina Pacey, who represented SWUAV and sex worker group PACE and WISH throughout their struggles with inquiry officials, echoed Porth’s criticisms, but also acknowledged some strengths. She said survival sex workers in the Downtown Eastside would benefit from a shift in enforcement guidelines from criminalization to sex worker safety.

“My understanding is these enforcement guidelines will actually become formal policy and that is a huge step in the right direction,” she said.

However, Pacey said the structure of the inquiry repeated mistakes of the Pickton investigation by ignoring and marginalized women’s voices. “This inquiry had the potential to demonstrate best practices,” she said. “We had an opportunity to acknowledge the barriers the system creates both at the police level and the court level in terms of meaningfully participating and accessing protection.”

“The inquiry did the exact opposite,” she continued. “It recreated all the barriers, it recreated the isolation, silencing and the negligence frankly that we see in day-to-day police conduct and the criminal justice system.”

The press conference was followed by a red umbrella march to honour International Day to End Violence Against Sex Workers. Dozens of supporters attended.