join us donate
LOG IN or SIGN UP
Liquid syntax error: Error in tag 'subpage' - No such page slug join
find a vendor
July 16, 2013 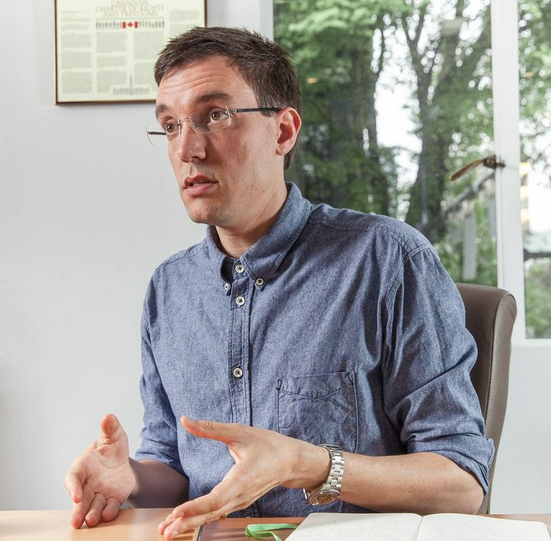 In almost one fell swoop of fantastic leaks and freedom of information requests, Canadians learned last month that the Canadian and American governments are seemingly collecting all of our online communications. The revelations were as incredible as they were confusing, and ever since the world has been trying to make sense of how deep the spying goes and what it means for our privacy rights in a digital age.

The British Columbia Civil Liberties Association (BCCLA) is one of the leading advocacy organizations around privacy rights, both in British Columbia and Canada. Over the past 50 years it has been advocating for individual rights and has helped ensure that governments and corporations are held accountable when they intrude into our personal freedoms.

Megaphone sat down with BCCLA executive director Josh Paterson, who is also a lawyer, to try and make sense of what the online data collection means for Canadians, and where personal and privacy rights are headed in this country. The following interview had been edited for brevity.

Megaphone: There has been a lot of public attention around personal privacy since it was revealed that the United States National Security Agency (NSA) was collecting vast amounts of data from private citizens. It was also revealed that Canada, through Communications Security Establishment Canada (CSEC), has its own electronic eavesdropping program. Why do you think Canadians should be concerned?

Josh Paterson: We think these programs are a real problem and we don’t think the government’s answer, ‘We’re not actually listening to the conversations’, is good enough.

The kinds of information that we understand are being collected are called metadata, or the data about data, is enough that it would allow government agencies to piece together a very refined picture of the activities of both Americans and Canadians.

The thing is we don’t actually know yet how many Canadians have been caught in the CSEC’s spying program. They say they only target foreigners, but there’s been an acknowledgment that they do capture the info of Canadians incidentally.

We think it’s a real problem because it can allow the government and anyone who has access to the information to have this very detailed picture of who you’re talking to at any given time, for how long and where you were when you called these people. In the case of email and other electronic data, it reveals the same kind of information. It basically shows your life as a series of webs with you at the centre.

And I caution we don’t fully understand what is fully collected because, of course, it’s being done in secret. But we now know that the government is basically vacuuming up huge quantities of data about us and our lives and we think that that’s unacceptable. There’s a lot of bad that can come of that down the road.

MP: What do you think the Canadian government’s role should be in protecting citizens from possible terrorist threats versus upholding their privacy rights?

Whether or not they think you’re a terrorist, they’re just taking from everybody. And they say that it’s anonymous, but they’re gathering all this stuff up and then researching for patterns after the fact. We think that that’s really overreaching. What is basically a search of private citizens, you need to have really good cause. You can’t just search everybody because we think we may find something.

Although they say the data they are taking is anonymous, we know the things people do on their computers include things like researching their health problems, engaging in correspondence with people they love, doing their banking and then just entertaining themselves. All of these things are the kinds of data that we understand are potentially being sucked up by this—that’s a pretty invasive search, that’s pretty personal stuff, as personal as someone searching your pockets as you’re walking about the street. So we think it’s highly problematic.

We know that there’s a balance that needs to be struck, but it would seem to us that spying on everyone all the time is probably leaning too far in one direction.

MP: Society has become a lot more comfortable with sharing personal information online, even if we don’t understand its full ramifications. Where do you see the BCCLA’s role in protecting privacy rights in this kind of environment?

Regardless, I think there should be an understanding that although we may voluntarily provide this information to certain corporations in order to get certain services back that we want, that doesn’t mean the government should have a license to take all that information and use it for whatever purpose that they want. That’s not what we signed up for.

BCCLA cares about the long-term implications of this information being out there. What happens if people start being denied certain insurance coverage because of how many pizzas they eat in a week? There’s a lot of nefarious ways that this information can be used and not just by government, but by private corporations.

We’re going to continue to do policy research to try and figure out exactly what’s happening. And then one of the main things that we do when we can’t get governments to see things our way is litigation. I wouldn’t be surprised if there’s going to be a number of legal challenges—there’s already been one in the U.S. by the ACLU. So we’re very interested in finding the right way to take this program on because we think there is a significant issue here and a significant potential violation of Canadians’ constitutional rights.

MP: Also around privacy rights, the BCCLA has taken issue with the Canadian Border Security Agency (CBSA) reality television show Border Security. You’ve been working on informing Canadians about their rights when they’re being filmed by this show when crossing the border. What objections do you have with the show?

JP: Originally there was a sign at the border crossing that said that just by being here at the border you give your voluntary agreement to have your image used in this TV series forever into the future and in any advertisements. Now, just in response to public controversy, the CBSA changed those signs to say that if we don’t get your permission, your face will be blurred.

Either way, it’s still not good enough as far as we’re concerned. We don’t believe that it’s appropriate for a for-profit, entertainment, reality TV production crew to be standing there as individual people present themselves to the government of Canada for what should be a private interaction between individual and government about whether or not you’re going to gain access to the country.

If you walk in to get your drivers licence you expect that that interaction with government agents is going to be private between you and the government and not show up on some TV show. And it's the same thing at the border. Whether it’s people coming back with their families from a trip or it’s people making a refugee claim, everyone has the right to have that interaction not be turned it into some kind of public spectacle for television. 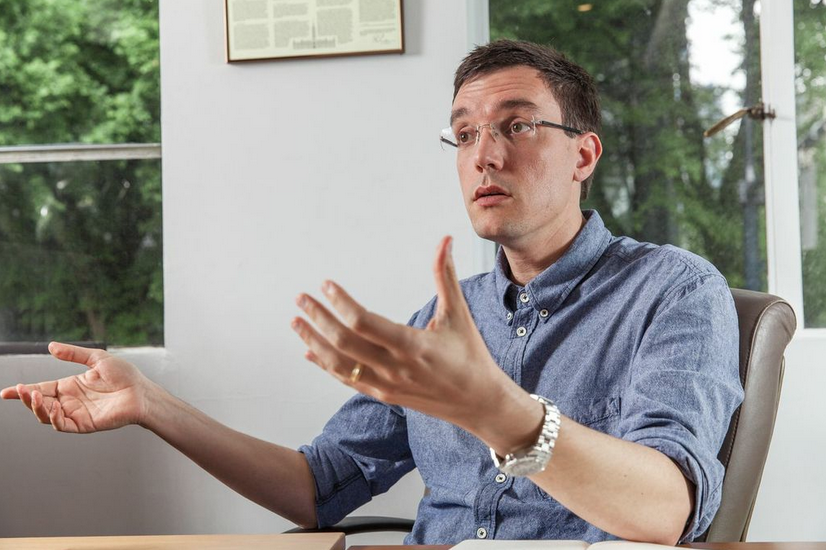 MP: Another issue around privacy and rights the BCCLA has been involved in is the recently passed Bill C-309, which makes it illegal in Canada to wear a mask when a protest is declared public riot or unlawful assembly. Why do you feel this bill is problematic?

JP: We think the bill is silly, plain and simple. It’s unnecessary and shouldn’t have been passed into law. What this bill does is if you’re at some large public demonstration and you’re wearing a costume or a mask and the police declare it to be a riot or an unlawful gathering, then you’re automatically committing a criminal offence just by having a costume or mask on.

First of all, we think people should be allowed to wear masks at protests because that’s part of people’s free expression. Often time the masks themselves have expressive content, or sometimes it’s just that people want to protect themselves from being identified—maybe by family or employers or people in general. And if anyone commits any kind of offence at one of these gatherings they’re already under an obligation to identify themselves to the police.

We think having this law in place will make some people who don’t feel comfortable going to a protest without wearing a mask be dissuaded from participating in these events. We think that’s a problem in a democratic country.

The other problem is if you do go and you wear a mask and then something happens. Let’s imagine that there’s a large demonstration on climate change and somebody two blocks away from you, who you’ve got nothing to do with whatsoever, breaks a window and the police declare it to be an unlawful gathering. You’re in your polar bear costume because it’s a climate change protest and now you’ve committed a crime. You could now be punished because you’ve got this costume on.

I’ve heard some people say, ‘Come on, the police aren’t going to give someone a hard time because they’ve got a polar bear costume on.’

We don’t think you should create laws where you should rely on the discretion of police for our rights to be protected. We think that the law should protect people’s rights from the get go.

MP: New technologies have created new dilemmas over how we express dissent and governments monitor us. Where do you see personal freedoms going in the next decade?

JP: There’s no question there’s been an erosion. We’ve been very concerned by what we think are really unprecedented attacks on the right of people to dissent in this country. We saw last year a big effort by the government to label people concerned about the environment and First Nations as radicals and to try to chill people’s expression on certain environmental issues because their expression ran counter to the government’s agenda.

And if you look sector-by-sector in civil society, there seem to be efforts to make it more difficult for people to express themselves, whether it’s through these new laws or increased surveillance.

We think this is a very worrisome trend and we think that it’s going to be really important for people to fight back and use their freedom of expression and research skills to uncover the kinds of injustices that are taking place.

It’s something that all of us have to pay close attention to. Dissent is so vital to the function of a democracy. The less engaged people become in the political process, the more they lose the habits and skills of engagement over time. It’s a risk and we don’t want those muscles to atrophy. We want to make sure that there’s always going to be a vibrant space for people to play a meaningful part in public life.

Of course, there’s also cause for a lot of hope, because there are some really fantastic grassroots movements that are coming up around the country that are making themselves heard in very smart ways and are having real impact on the direction of society.

So while there’s certainly a danger of complacency in a large population, there’s definitely a strong groundswell of people who are concerned about their communities. We’ve seen that here in B.C. and we see that across the country too. But we are all going to have to work together to make sure that we preserve that.