Frames of Mind: Quebec film about a troubled boy scores a 10 1/2 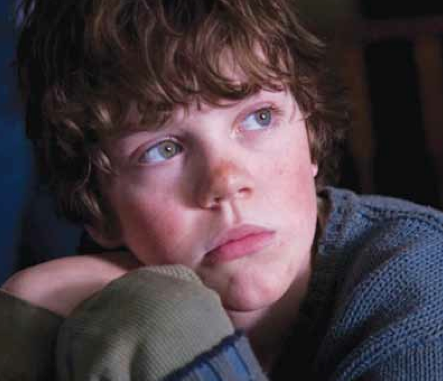 Tommy is a hopeless case. At just 10 and a half years old, he is already lost in the Quebec youth protection system. When his latest foster mother admits defeat in the face of Tommy’s irrepressible and frightening violent streak, he is sent to a juvenile detention facility, presumably a place that will serve simply as a way station on his inevitable journey into the adult penal system.

It isn’t until the appearance of social worker Gilles, following a string of other care workers who failed to make a breakthrough with the boy, that Tommy’s life suggests any sort of hope.

10 1⁄2 is the newest film from Quebec director Daniel Grou. It is a bleak, sometimes plotless, but grittily real, social documentary that debuted at last year’s Cannes film festival before seeing limited release here in Canada last fall. It finally makes its way to this month.

Tommy is played by the Robert Naylor, whose portrayal of Tommy is naturalistic and incredibly impressive for such a young, inexperienced actor. He entirely inhabits Tommy’s body, making his life his own. Couple Naylor’s realist character portrayal with Grou’s sparse and patient cinematic eye, and what results is a sort of neo- neo realist film, a term coined by the New York Times film critic A.O. Scott to describe a new sort of austere narrative-style he saw emerging in American cinema. In a NYT Magazine piece from 2009, Scott wrote that:

“... It seems possible that engagement with the world as it is might reassert itself as an aesthetic strategy. Perhaps it would be worth considering that what we need from movies, in the face of a dismaying and confusing real world, is realism.”

Whatever you think of Scott’s theory, Grou’s 10 1⁄2 certainly shares similarities with the films Scott was trying to define and contextualize. His movie, and Tommy’s story, is something in the aesthetic vein of recent American indie flicks like Wendy and Lucy, Sugar and Half Nelson.

More simply put, this is a poignant moving film, redemptive without being saccharine and illuminating without being didactic. Grou’s deft and sensitive touch makes this a natural selection for Pacific Cinémathèque’s “Frames of Mind” series, a monthly event the theatre hosts with the Institute of Mental Health, UBC Department of Psychiatry. The goal is to use film to promote education on mental health issues.

Tommy’s experiences in the juvenile health system are instructive, not just for the weaknesses they reveal, but for the faint glimmer of hope they inspire.