join us donate
LOG IN or SIGN UP
Liquid syntax error: Error in tag 'subpage' - No such page slug join
find a vendor
May 21, 2013 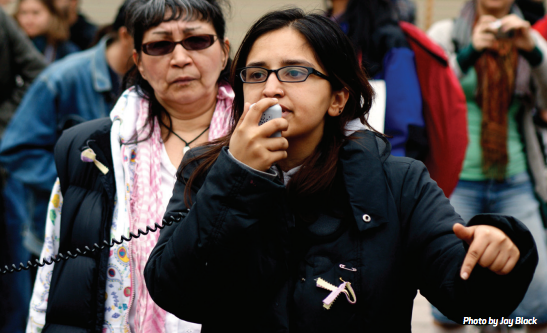 Vancouver prides itself as a multicultural city—one that both acknowledges and celebrates its diversity. But if you scratch beneath the surface, you’ll find a dark legacy of racism still alive today. Whether it's the way the city accepts newcomers or values its aboriginal voices, racism continues to be a struggle in this city.

Over the last decade, few people have been as effective in challenging how Vancouver and Canada deal with race and poverty than Harsha Walia. Through her work with No One Is Illegal and the Downtown Eastside Women’s Centre, the South Asian activist has been successful in building bases of support between people of different ethnic, gender and economic backgrounds. All the while, she connects local issues with broader global, racial and social movements.

Megaphone recently sat down with Walia at Grandview Park on Commercial Drive to talk about Canada’s growing hostility to refugees, why a controversial reality show about migrant workers needed to be shut down and what needs to be done to build a deeper understanding about race and poverty in Vancouver. The following interview has been edited for brevity.

Megaphone: Over the past year, the federal government has made a number of changes to Canada’s refugee laws. How will these changes impact Canada's refugee system?

Harsha Walia: The federal government has drastically decreased the ability for refugees to come to Canada through a number of changes.

The major changes this past year have been Bill C-31 [the Immigration and Refugee Protection Act], which we call the Refugee Exclusion Act. It’s an omnibus bill with a number of changes and one of the big ones is mandatory detention. That means refugees who are deemed to arrive irregularly, which is how most refugees arrive, either by boat or plane, will be put in mandatory detention at the discretion of the minister. And that’s huge because detention is incarceration and jail and includes children over the age of 16. This is a policy of jailing refugees, modeled after the Australian model, which has been condemned internationally.

A number of countries have been deemed safe, from which Canada believes that no refugees are “produced”. This is without any consideration of people’s individual stories. This particularly impacts women or people of minority status from these countries. So they have an expedited process where they are processed and deported very quickly.

So there’s been a slew of things that’s making it clear that Canada does not want refugees to be here and has no considerations for people’s stories. There’s just this overriding narrative that refugees are bogus and are duping the system without knowing the kinds of conditions that people are fleeing from and a complete erasure of the Canadian government and Canadian corporations' complicity in why people move in the first place.

MP: Earlier this year the Canada Border Services Agency (CBSA) conducted a raid on a Vancouver construction site to round up and deport migrant workers. This raid was also filmed by a Vancouver-produced reality television show called Border Security, and approved by the federal government. You've been leading a charge to have this show cancelled on the grounds that “deportation is not entertainment.” Why is it important to you for this show to be shut down?

HW: The show violates people’s basic privacy rights and really takes advantage of people’s humiliation. People are on the show not by free consent. Anyone who’s under the control of law enforcement, whether it’s border security or the police, are not in a position to give consent to be on the show. And we saw that with a show in the Downtown Eastside called The Beat [a reality show that followed Vancouver police officers].

The broader issue is that this kind of cultural production is what normalizes anti-migrant sentiment. Popular culture and media have a huge say in how we imagine other people. The fact that you have a show where predominately racialized people are cast as criminals, as law breakers, or people who have something to hide, reinforces racist sentiment that migrants are people to be suspicious of. And it reinforces those earlier policies of why we need to crack down on the border.

And [the show] refuses to show the other side of the story. Why are these guys here, what is their life here? In the case of the raid, many of the migrant workers had family here, they had kids here and several of them were married into indigenous families. [Ed note: The CBSA and Force Four entertainment announced after this interview that particular episode of Border Security won’t air.]

MP: There's been a lot of backlash recently against Canada's Temporary Foreign Worker Program, first with Chinese miners in northern British Columbia and then IT specialists at Royal Bank of Canada. Critics say workers are being exploited and costing Canadians their jobs. What's your take on how the Temporary Foreign Worker program is working? And what do you make of Canadians' reactions to them?

The program is exploitative—people are paid less than minimum wage. The fact that they’re temporary makes them the most vulnerable, you’re basically at the mercy of your employer—you don’t have the right to unionize and have to work overtime.

But we have to question the idea of protectionism, that [these workers] are stealing jobs that Canadians can have. The problem is that we’re not questioning why people are forced into these kinds of jobs. The Temporary Foreign Worker Program is really just the flip side of outsourcing—these are jobs that can’t be outsourced.

I think instead we need to have solidarity with those [temporary foreign] workers and lift the wage floor up for everybody and make it impossible for the government and employers to exploit any worker, whether temporary or not.

MP: Do you think Canadians are becoming more tolerant or hostile to newcomers?

HW: The one example that stands out to me, particularly in Vancouver, is an increase in anti-Chinese sentiment. I work in the Downtown Eastside and there’s a large population of Chinese seniors living in poverty and yet at the same time there’s this myth that Chinese foreign investors are buying all the condos in Vancouver even though the research shows that its predominately Canadian investors or from America or Europe.

We have seen a heightened anti-Chinese sentiment and inability to separate the Chinese government from Chinese people. The kind of racism we saw against Chinese railroad workers is very similar to Chinese migrant workers, where predominantly white labour had the same discourse about stealing jobs. It’s not that heightened, but there’s the same kind of idea of stealing jobs without any kind of interrogation about what the conditions for the workers are.

In Vancouver we need to not homogenize Chinese people. In the Downtown Eastside we should not assume people have privilege when they don’t and be aware of our history.

MP: A lot of your work has been in support of indigenous rights, showing solidarity with such movements as Idle No More. Why is it so important for your work around rights of newcomers and people of colour to connect with indigenous peoples?

HW: It’s critical if we’re going to have any conversation about Canada and its role in displacing people globally that we have a clear understanding of the foundation of Canada displacing indigenous people and that the founding violence of Canada is settler colonialism—the impact of which is on indigenous people in terms of displacement, dispossession of land, genocide, attempted assimilation, and total usurpation of indigenous jurisdiction. And this isn’t just historical, it's a present-day reality.

And it’s critical for people who are fighting the immigration and refugee system to understand our responsibility to indigenous people, who we know face the highest rates of marginalization in Canada. If we look at poverty rates, unemployment rates and rates of incarceration—all indicators to social well-being are lowest for indigenous people. 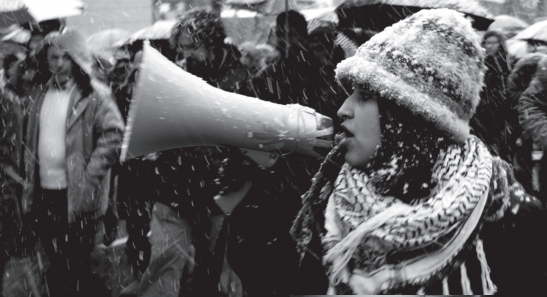 MP: You work with the Downtown Eastside Women’s Centre. How do you see these broader issues of colonialism, racism and misogyny played out in this community?

In the Downtown Eastside Women’s Centre, I’d say 20 to 30 per cent of our members are Chinese seniors and that’s similar to the history of racism against Chinese people as well as the kind of impact that racism has on racialized people who are poor. A lot of Chinese and indigenous women have worked in precarious forms of labour and now have no pension plans. To me the Eastside is the culmination of a lot of forces in terms of violence against women, dispossession from land and colonialism.

So we have this community that has come together, despite all these forms of marginalization. There’s definitely a lot of struggles in the eastside but there’s also a lot of amazing cross-cultural connection, amongst elders and young people, amongst people with totally different lived experiences. The Downtown Eastside is such a vibrant community. People have created a lot of beauty out of a lot of hardship [here].

MP: We've seen a lot of setbacks against migrant rights in Canada lately, but there have been some victories. Toronto was declared a "sanctuary city" recently. Where do you see migrant rights going in Canada?

HW: There’s been a number of victories in terms of migrant rights and those are a direct result of organizing and mobilizing. The sanctuary city, where the City of Toronto declared that all city services would be available to people regardless of their immigration status, was a direct result of nine years of mobilizing.

In terms of the migrant justice movement the only victories we will have are those that we win. And I don’t talk about 'immigrant rights’, I talk about 'migrant justice’ because ‘rights’ reinforces the state, reinforces settlement in a colonial state, whereas ‘justice’ is much more expansive and has an understanding of solidarity with indigenous communities, as well as a global perspective.

A migrant justice movement that builds itself and is grounded in these multiple realities will help us win further victories like sanctuary city.

MP: You live and work here in Vancouver, and you work with numerous inner-city communities. What, to you, will be the main challenges facing Vancouver newcomers over the next five years?

HW: I think one of the main challenges facing Vancouver newcomers is the same for any Vancouverite: housing affordability. I think that’s a pressing issue for all Vancouver people. And I do think people will be negotiating at some level an increasingly hostile climate in general to newcomers.

In general, we are living in a conservative time. Austerity breeds protectionism and hostility to “others”. 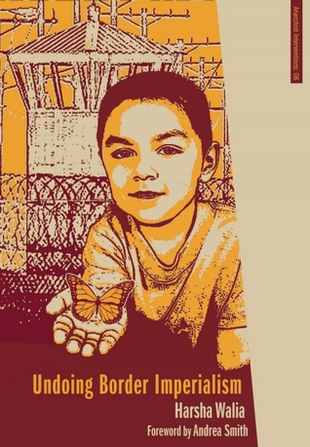 Harsha Walia’s book, Undoing Border Imperialism, a collection of essays from a range of contributors on immigrant rights movements, will be out through AK Press this July.