join us donate
LOG IN or SIGN UP
Liquid syntax error: Error in tag 'subpage' - No such page slug join
find a vendor
March 22, 2019
by Paula Carlson follow this author
photos: Megaphone vendor Dylan Short is a skilled fisherman

From halibut to higher education 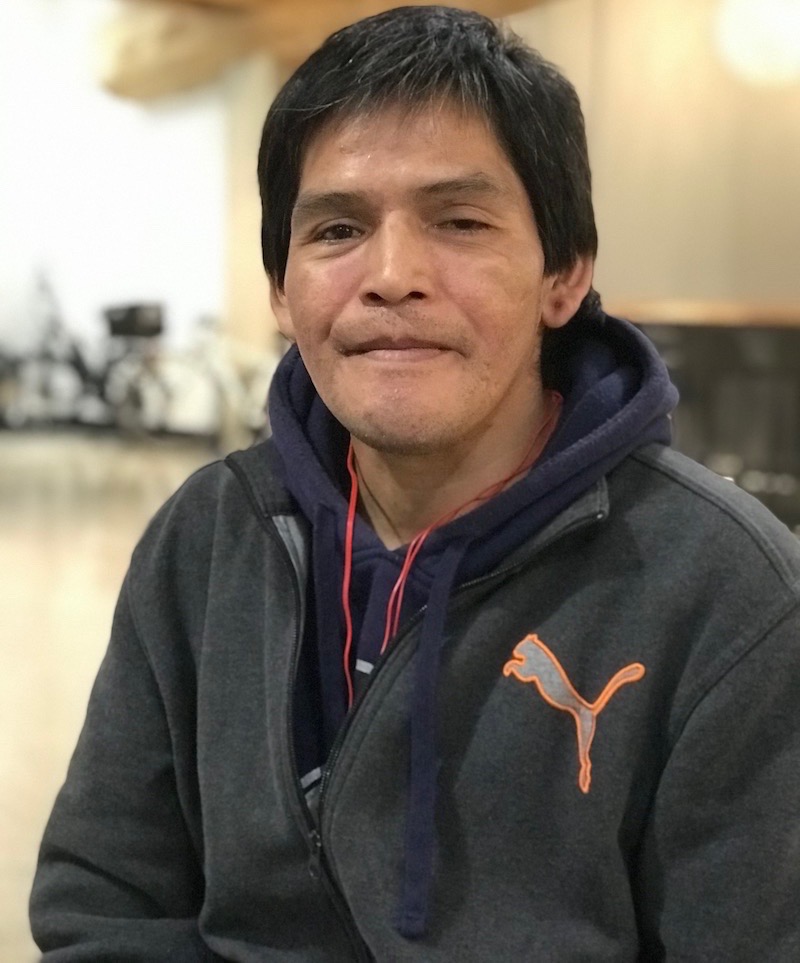 Vancouver vendor Dylan Short charts a new course while going back to school.

For most of his life, Dylan Short has lived and worked on the land—growing up on Vancouver Island's northwest coast in the village of Kyuquot, about 160 kilometres north of Tofino.

A member of the Kyuquot and Checleseht First Nations, Dylan is a skilled fisherman, trawling for many years for halibut, catching sockeye and spring salmon, and harvesting rockfish and geoducks.

He also worked in the silviculture industry, planting trees and overseeing newly seeded areas to make sure small saplings survived.

But the resource sector in B.C. changed, and with fish stocks greatly diminished due to overfishing and environmental degradation, and forestry not what it once was, Dylan had to evolve too, leaving small Kyuquot for the big city.

“The main reason I came to Vancouver was to get into school,” Dylan says.

Although skilled in the forestry and fishing trades that earned him a good living for decades, Dylan, 39, knows he needs more than a Grade 8 education to succeed in the Lower Mainland.

He settled in the Downtown Eastside 17 years ago and is currently working on earning his B.C. Adult Graduation Diploma at the Native Education College on Main Street and 5th Avenue.

“I like cooking,” he says, and he enjoys math, so for now Dylan is focusing on completing his Grade 12 before deciding what kind of new occupation he wants to aim for.

The father of two teenagers—a 15-year-old daughter and 14-year-old son—has been selling Megaphone magazine and Hope in Shadows calendars on and off for about 10 years.

“It's honest street work,” he says, and it offers him “a good, different challenge.”

Dylan says most people he encounters are familiar with Megaphone, which has been providing people experiencing poverty with a way to earn extra money for more than 10 years.

He says he enjoys the positive connections he makes with people in the community when he's out selling Megaphone.

Vancouver vendor Dylan Short sells Megaphone in the Downtown Eastside. Look for him outside the Vancity's Chinatown location at Main and Keefer Streets.