join us donate
LOG IN or SIGN UP
Liquid syntax error: Error in tag 'subpage' - No such page slug join
find a vendor
February 04, 2013 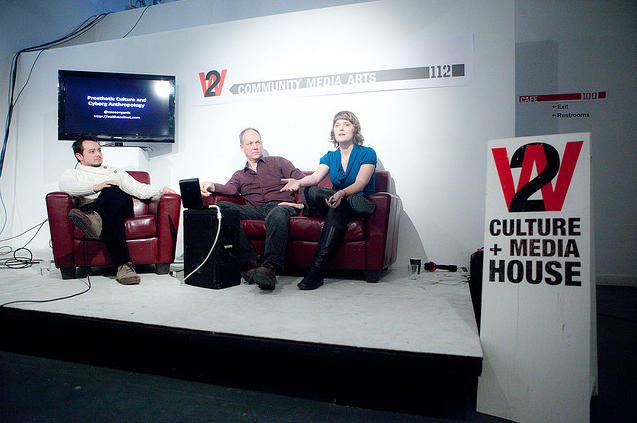 The eviction notice for W2 was originally issued by the city on November 23, 2012, for approximately $90,000 in unpaid amenity fees. But it was stayed until February 28 after three members of the W2 Community Media Arts Society agreed to work with the city and two Vancity consultants to financially restructure the non-profit organization.

Former W2 executive director Irwin Oostindie, who was laid off in the wake of the eviction notice, says the city was aware the organization couldn’t pay the amenity fees as early as February 2012. That was when he wrote a letter to the city’s Department of Cultural Services explaining it would be at least two years until W2 could break even.

“We’re hitting 80 per cent of our budget targets and we’re a little bit short. So we need another year-and-a-half to be sustainable,” he told Megaphone.

“The city was negotiating with us and when the legal department evicted us, I had positive words the day before with city councillor [Andrea Reimer] regarding the amenity fees.”

He says he knew it was “illogical” for the city to charge fees for a community amenity when W2 signed their tenancy agreement, but they were unaware the developer, Westbank, had already put all of their community amenity contributions funding into the social housing aspect of the Woodwards, which meant no money was left over for W2.

“The city should look at the proper amenity model, and [whether] community groups can afford the city of Vancouver’s amenity system," he said.  "If there’s [financial] incentives for economic revitalization of Woodwards for H.Y. Louie [Co. Ltd.] and Jimmy Pattison, shouldn’t there be incentives for community-owned social enterprise?”

Oostindie says the city has since hired four replacement workers to run W2, but only one room on the second floor is open to the public. It’s a big loss in particular to the neighbourhood’s indigenous population.

“We don’t have a space down here. So we’re scrambling to find places to do things around all the events that we do,” said Scott Clark, executive director of Aboriginal Life in Vancouver Enhancement Society.

“This place was a safe space for children, for families, for elders. As small non-profits, we don’t have money for paying all of this rent and stuff like that.”

Both Clark and Oostindie are fighting for W2 from the outside through W2 Belongs to Me, a grassroots organization made up of former staff and board members and concerned community members. They’re demanding the city stop the eviction, waive the amenity fee, open up W2’s membership so community members can have a say regarding its future and reopen the W2 space.

A W2 Belongs to Me rally was planned for City Hall on January 29 (after Megaphone went to print) during city council’s morning meeting when they will discuss a motion to “Identify and Protect Arts and Culture Spaces in Vancouver” moved by Councillor Heather Deal. Oostindie says he finds the motion “ironic,” especially if W2 is evicted: “Then W2 is proof positive that the community amenity system in Vancouver doesn’t work and city council is unable to balance developer and community interests."