join us donate
LOG IN or SIGN UP
Liquid syntax error: Error in tag 'subpage' - No such page slug join
find a vendor
April 30, 2013 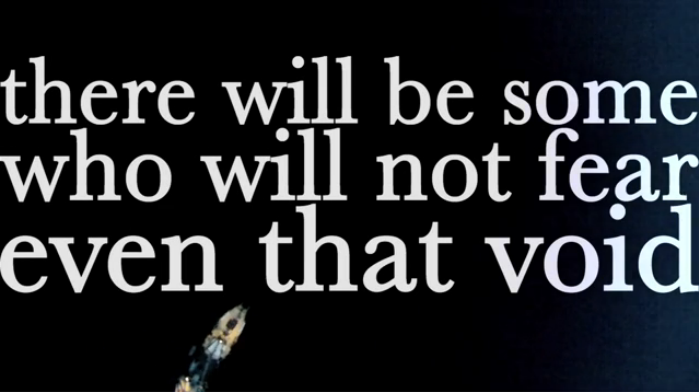 A science fiction documentary might seem contradictory to some. A surrealist documentary could seem downright oxymoronic. But these are the types of genre boundaries the 12th Annual DOXA Documentary Film Festival wants to push when it kicks off next Friday, May 3.

“Documentary and science fiction, you couldn’t think of two more dissimilar genres,” said director of programming Dorothy Woodend. “But when they converge, it gives rise to a fascinating body of work.”

This year, the festival turns its Spotlight section on a more thematic idea: the future and looking forward. The Spotlight features eight films, along with panels and shorts.

Woodend points to U.K. filmmaker Saeed Taji Farouky’s There Will Be Some Who Will Not Fear Even That Void as one that elicited the most discussion amongst programming committee members. The film takes its title from a letter Johannes Kepler wrote to Galileo Galilei about the future of space travel in 1610. The narrative is told from some unknown future where a crew of artists surveys the remnants of the Arctic.

The film makes its world premiere at DOXA’s opening weekend on Sunday, May 5 at Vancity Theatre.

Another film, City World, plays with the idea of a dystopian future set in Florida where a cityscape has been abandoned. A young boy narrates this film by American filmmaker Brent Chesanek.

“These films force us to reconsider what a documentary does and what your expectations of a documentary are,” said Woodend. “The nature of a reality is a pretty subjective thing, and that is what some of the more experimental films are really engaged in exploring.”

After all, the word “doxa” means a belief or opinion tested in open argument and debate.

The committee members had received numerous submissions about the future, which prompted them to make their Spotlight a concept as opposed to more tangible topics of the past. Last year’s was Canadian women in documentary, for example.

“The encompassing nature of the genre is such that can contain more experimental work, alongside more conventional films,” said Woodend. “This ultimately speaks to the genuine vibrancy and level of invention in the form.”

For the conventionalists, there’s still a smorgasbord of films that take a more traditional approach and are ripe with ideas for post-viewing discussion.

Three of the Spotlight films, Future My Love, The Mechanical Bride and The Circle, take a more traditional approach when pondering the question of the future and are featured as part of this year’s Philosopher’s Café—a discussion series that consists of a topic and film pairing.

Next Friday kicks off with Canadian filmmaker, Corey Ogilvie’s feisty Occupy the Movie, a depiction of the Occupy movement as it engulfed the globe and the events leading up to it. The screening will be followed by a post-viewing Q&A with Ogilvie and DOXA’s Opening Night Party.

In general, about 300 more submissions were received than last year, leaving the screening and programming committee to sift through over 1,000 documentaries.

“I think the increase is due to the level of access,” said Woodend. “The equipment is cheaper and it’s easier to make a film, especially with getting funding through crowd sourcing. It’s both good and bad because we see a lot of good work from people who might not have had the funding previously. But not everyone is a filmmaker. We do give feedback as much as possible though.”