join us donate
LOG IN or SIGN UP
Liquid syntax error: Error in tag 'subpage' - No such page slug join
find a vendor
March 11, 2013

Hard Time: The human cost of the omnibus crime bill 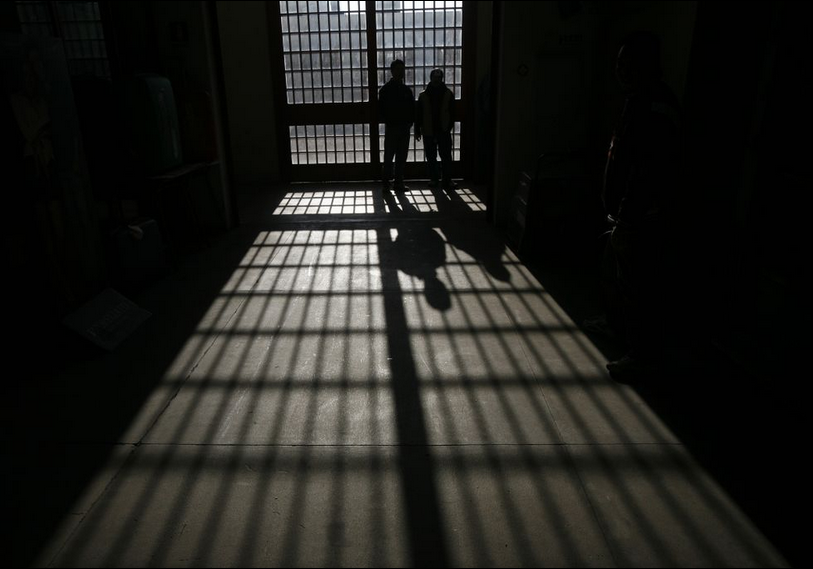 When I met Wendy (last name withheld) last summer she was just a few short days away from finally ending a three-year probation sentence, and she seemed understandably happy to put the criminal justice system behind her.

These were the last vestiges of a four-year prison term she served on drug-related charges. Before going to jail, Wendy says she was addicted to crystal meth for probably 14 to 15 years. But Wendy is doing a lot better lately: she's seven years sober, a proud grandmother and an employee at a homeless shelter in Vancouver's Downtown Eastside. In her spare time she is co-directing a short film on the true stories of nine women's struggle reintegrating into the community, called, Stories from the Revolving Door.

Wendy had recently received an emergency phone call from her pregnant daughter, who lives on Vancouver Island—Wendy was about to become a grandmother again, but there were some complications with the pregnancy. She took the first ferry over to help her daughter. Unfortunately, amid the excitement, she forgot to report to her probation officer. She was in breach of her court order and, because of her criminal background, at risk of a 30- to 60-day jail sentence. On what some might view as a technical violation, Wendy was at risk of losing everything and be pulled back into the prison system.

For Wendy, and many others like her, it is important to have a court that can craft sentences that reflect her unique circumstances and place her on a rehabilitative journey.

“I can see where a simple mistake in an otherwise respectable life could turn everything inside out and upside-down in a heartbeat, and that frightens me,” she says.

Aware of the dangers of too-strict sentencing, lawyers, academics and other advocates in Canada have been fighting for years to create more responsive legal institutions. However, recent legislative changes have many concerned that Canada is moving in the wrong direction. The Conservatives’ omnibus crime bill, the “Safe Streets and Communities Act”, went into effect this past November, representing a decided shift away from individualized and flexible sentencing. While proponents of the bill claim the tough-on-crime approach targets only a small group of “serious criminals”, others are concerned it may cast too wide a net and have serious unintended consequences.

And for people like Wendy, the stakes couldn’t be higher.

After bitter and hurried legislative debate—the bill was subject to an arbitrary 100-day deadline—“The Safe Streets and Communities Act” was passed into law on March 13, 2012. It repackaged a number of different tough-on-crime measures that the Conservatives had previously tried and failed to pass before winning a majority in Parliament.

Despite criticisms from international organizations like the United Nations—who labeled the bill as “excessively punitive”—the Conservatives argue that the bill targets dangerous drug traffickers, child pornographers and other serious criminals in order to make Canada safer. It champions the rights of victims and fulfills Harper's campaign promise of getting tough on crime. It also entrenches a set of mandatory minimum sentences for drug-related offenses, many of them minor, eliminates community-based alternatives to incarceration, and directs the youth criminal justice system and the parole system towards a more punitive set of goals.

It’s an approach perhaps best known as a cornerstone of U.S.-style “tough on crime” policies and the war on drugs. Alongside “three strike” laws, life sentences and expedited death penalties, these policies enjoy a great deal of popular support in the U.S. However, many academic commentators, activists and an increasing number of legal professionals have decried these policies as failed, counterproductive and inhumane.

According to David MacAlister, a professor of criminology at Simon Fraser University, such an agenda can have longlasting affects. “The obvious impact of the tough on crime approach in the U.S. is massive numbers—tens of millions of people—ending up in jail,” he says.

MacAlister sees Bill C-10 as a move toward similar policies. “Conservative policies in the U.S. dealing with crime control issues seem to be something that Canadian politicians have looked at and picked up on,” he says. “I think our Conservative government has basically taken a page out of their book.”

However, federal Justice Minister Rob Nicholson has dismissed such criticism, claiming that the law is “very targeted” and that “ours is a Canadian solution to Canadian issues and we make no apology for that."

“What Bill C-10 has done is remove that discretion from judges in a significant number of cases.”

The bill’s amendments to the Controlled Drugs and Substances Act, for instance, will require courts to impose mandatory minimum prison sentences for trafficking and possession for the purposes of trafficking. The mandated prison terms for such offences range from one to three years.

Scott Bernstein, staff attorney at Pivot Legal Society, says these provisions will hit close to home. “These changes raise concerns, notably that many addicted persons engage in small-level trafficking to support their habit. If convicted of possession for these purposes, they will now face a year in prison if convicted again within 10 years.”

Mandatory minimum sentences are also imposed on a number of offences related to drug production, including a six-month prison stay for growing six or more marijuana plants. Bernstein describes this sentencing as “draconian” and “discriminatory against low-income people or people who rent”.

“We feel that many people in the Downtown Eastside will fall under this provision. Also, we feel that the two-year minimum is unfair and possibly discriminatory to prisoners, who may be addicts themselves and/or of Aboriginal descent.”

The crime bill has come under fire from numerous groups that argue its provisions are discriminatory against low-income people, youth and Aboriginals.

The UN Committee on the Rights of the Child called the bill a step backward for Canada’s child rights record, describing the bill in a report released last October as “excessively punitive for children and not sufficiently restorative in nature.”

In the past, Canada’s Youth Criminal Justice Act emphasized rehabilitation and an understanding that young people have a “reduced moral blame worthiness”. The amendments contained in Bill C-10 moves in the opposite direction: reducing access to bail, expanding the definition of what constitutes a “serious offence” for a young offender to include things like reckless endangerment and lifting publication bans on young offenders identities.

The bill also stands to disproportionately impact Aboriginals. The Assembly of First Nations addressed the senate committee reviewing the bill last March and formally requested that alternatives to imprisonment be considered.

“The sentencing regime in Bill C-10 means that a larger number of First Nations people may well find themselves in mandatory custody for significant periods of time, regardless of their potential for treatment or rehabilitation,” National Chief Shawn Atleo stated at the time. The AFN’s recommendations were not implemented.

While Wendy was able to avoid the new mandatory minimum sentencing during her breach hearing last summer, others like her will not be so fortunate in the future.

“If you’re plucked out of your life for two years, good chances are you won’t have a life to walk back into,” she says. “You’ll have to rebuild from the ground up.

“At my work downtown, almost every single person that I’ve come in contact with has been charged with an offence three, four or seven times in their small history,” says Wendy.

“A lot of it is mental health issues. All kinds of issues play into that [criminal activity]. If you look at it on paper it looks like these people are habitual and really bad criminals, when in fact they are simply living, getting by as best as they know how.”

For many the new post-sentencing provisions and mandatory minimums ignore the difficulty faced by a person as they transition out of prison. Alida (last name withheld), a nurse working in the Downtown Eastside, says the challenges faced by people recently released in the community are immense.

“I liken it to a Grand Canyon gap between prison and community,” she says. “And some days I just feel like they are literally driven to the edge of a cliff, and then flicked and good luck. Then we act surprised when people recommit crimes and end up back in prison.”

Alida says that the numbers just don’t line up to support the new approach. “It will cost the government $100,000 per year to keep someone in prison when it would cost $30,000 to keep them in stable housing with full support, with workers in their buildings and access to a doctor.”

Track of West Coast LEAF echoes that assessment. “More people will be sentenced to jail time in cases that they otherwise might be given a conditional sentence and kept out of jail,” she says.

As the new provisions under the crime bill are implemented, more people will be entering prison for longer periods of time. “That's going to have implications for budget. It means that money is going to be spent increasing the capacity of B.C. prisons. It also is going to mean money is being spent on trials that might not have otherwise gone ahead because there is no incentive for people who are accused of crimes to plead guilty anymore if they are going to be sentenced to a mandatory minimum sentence.”

Curiously, these changes come at a time when crime rates in Canada are at their lowest in four decades. While it is important to find ways to address crime and protect our communities, evidence suggests that these changes may be too simple an approach to a complex problem.