join us donate
LOG IN or SIGN UP
Liquid syntax error: Error in tag 'subpage' - No such page slug join
find a vendor
August 12, 2021
by Rebecca Bollwitt follow this author
photos: Above: Caer (Caught) is a collaboration between director Nicola Mai and the TRANSgrediendio Intercultural Collective, a grassroots association defending the rights of trans Latina migrant women in Queens, New York. Photo submitted.

Empowerment gets its platform 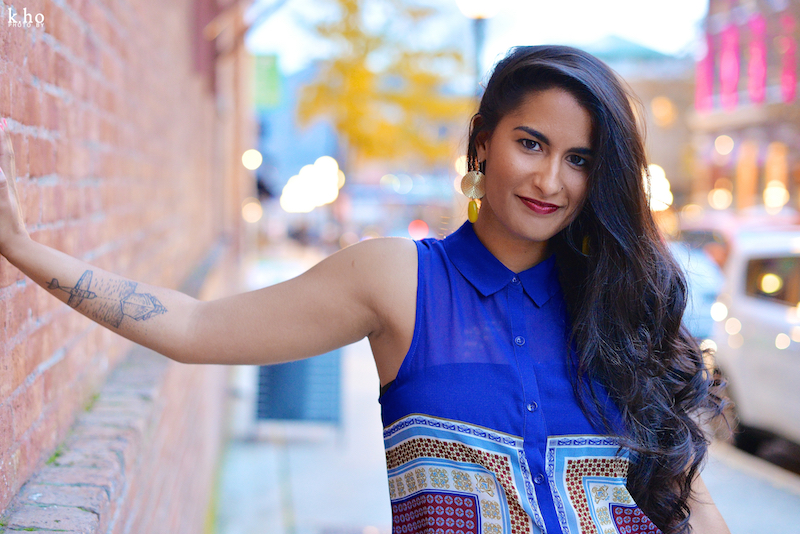 Work from authentic storytellers — from transmasculine writers and actors, to queer women of colour directors — shines on screen at this year’s Vancouver Queer Film Festival

When completing her graduate degree at New York University, in a program called Arts Politics, Anoushka Ratnarajah realized that social justice and storytelling were what she wanted to do for the rest of her life. There simply would be no other job that could make her happy.

As artistic director of the Vancouver Queer Film Festival (VQFF) and Out on Screen — a community of artists, film-lovers and change-makers who believe film has the power to transform lives — she’s been happy in that job for five years now.

Ratnarajah has been busy programming the 33rd annual VQFF over the course of a year that’s been like no other. Her journey into this role first began while she was completing two degrees at UBC — in creative writing, and in what used to be called women and gender studies.

“I was getting the chance to put a vocabulary to so many of my experiences that I had as a young person growing up mixed race and queer, and not really having language in the small, highly white town that I was growing up in,” she recalled.

During her post-secondary education, Ratnarajah wanted a program that would give her the opportunity to explore work that was deeply personal, but also political.

“My creative writing program was really frustrating me because there were no conversations about identity and how it informs your work, and you know, problematic white people writing about things they had no business writing about. Or straight male writers writing a lot of nonsense about their female character.” Ratnarajah said. “I just wanted an experience where I could bring my whole self and explore that in a safe way, with mentors and collaborators who want to do the same thing.”

After graduating from NYU, she worked as a freelance writer, producer and director, as well as performing. Her career in programming festivals in Vancouver started out with a semi-permanent position at the Indian Summer Festival. Later, her friend — writer, performer and arts organizer Amber Dawn — saw the VQFF job posting for curators and they took on the gig together as co-artistic directors.

“I feel really lucky that I get to work in this role and that I get to, hopefully, give people the experience that I really wanted when I was young, which was to see a possibility for how my life could be that was different than it is now… to see my life reflected on screen or on stage,” Ratnarajah said. “Because I know how important that is to people, to feel whole and grounded, and like you’re part of the reality of your world. Stories really matter when it comes to that.”

As VQFF’s artistic director, a role which today she holds on her own, Ratnarajah still has the opportunity to write, crafting the film descriptions for the festival films.

“It's such a joy for me, it’s one of my favourite parts of my job. It’s really important to me that the filmmakers feel like we are representing their work in a good way.”

The VQFF usually receives about 1,000 film submissions each year, however those entries slowed down over the last two years due to the pandemic, which Ratnarajah says has impacted the arts, in ways no one could have expected.

The theme of the 10-day summer film festival in 2020 was “Still Here,” which was decided upon before the pandemic began. The event was presented online with watch parties, which allowed for chatting during the screenings, adding a level of connection during such an isolated time.

But the stretch of solitude has resulted in a burst of creativity.

“I think the thing that really stands out to me about the queer film that’s being created in this time is that there’s so many more stories that have been denied a platform that are getting a platform now,” said Ratnarajah.

Thanks to the research of both herself and festival programmer Nya Lewis, the VQFF has a highly anticipated line-up for 2021, which will be delivered in a video-on-demand format and a few small in-person events.

“Our theme this year is “Longing,” which is a very queer feeling,” Ratnarajah said. “Since patriarchy, colonialism and all of the other terrible oppressive forces began enacting regulations on our bodies and our choices, I think queer people have been very familiar with the feeling of longing.”

She believes the films this year beautifully explore all of the complex combinations of how you can long for something — whether for justice, for someone you love, for yourself, for an end to grief and pain, or for more joy and more play.

One example of the theme in action is a new transmasculine program at the VQFF. Ratnarajah says she hadn’t received many film submissions in previous years where transmasculine characters have been portrayed in a nuanced and authentic way by transmasculine actors or writers or directors.

“Now, because the film industry is shifting because society is shifting, because queer people have been fighting for recognition and empowerment, we’re getting to see the effects of those changes happening on screen and that’s really, really beautiful.”

“There are so many more films that are made collaboratively, especially documentaries where the folks who are making the film have a genuine connection to the communities that they are filming and those communities have a say in how they’re portrayed.”

An example of this collaborative filmmaking is Caer (Caught), which will be available on-demand Aug.12-22.

The film is a collaboration between director Nicola Mai and the TRANSgrediendio Intercultural Collective, a grassroots association defending the rights of trans Latina migrant women in Queens, New York.

“It’s so nice to see that there are filmmakers out there who are changing that process and Caer is a documentary that — it’s so wonderful I can’t wait for folks to see it because I think that kind of filmmaking is the kind of filmmaking that we should be giving more of our love to. It’s so unique and so different from the colonial way that the camera usually follows marginalized communities.”

Ratnarajah believes this kind of representation both in front of and behind the camera makes for better storytelling, which is authentic and relatable. It also provides an avenue for deeper connections and conversations.

She hopes that, if nothing else, the pandemic has taught people that complacency isn’t an option.

“I hope we keep having these hard conversations and I really think that art has a part to play in that. I think it’s such an effective way to create empathy, and to ask questions, and to push people to think differently.”

For Ratnarajah, that’s work that means something.

Here are a few prime picks:

• Well Rounded — brings fat queers to the front, with interviews from artists to health professionals. Directed by Shana Myara and featuring hilarious and insightful stories from Mi’kmaw comedian and broadcaster Candy Palmater, multidisciplinary performer Ivory, and local queers, including style icon Lydia Okello and comedian Joanne Tsung, this documentary balances the personal impacts of fatphobia with scientific facts from Dr. Janet Tomiyama, a psychologist working specifically with the causes and impacts of weight stigma, along with socio-political context provided by historian Dr. Jenny Ellison. Well Rounded is available for a limited release from Aug. 19-21 and includes a post-screening Q&A with the director and cast members.

• Cured — chronicles a group of dedicated activists who went to battle with one of the most formidable gatekeepers to queer health, safety and freedom: the American Psychiatric Association. This history is sensitively handled by documentary filmmakers Bennett Singer (Brother Outsider) and Patrick Sammon (Codebreaker). With interviews conducted over the course of five years, the stories revealed in this engaging documentary are rich, nuanced, and moving.

• No Straight Lines — introduces us to some of the queer comic artists who brilliantly paved the way for future generations of writers and illustrators. Director Vivian Kleiman charts an under-sung history of queer artists who shifted representation ahead of their time.

• The Fandom — takes us on a journey into the imaginative world of Furries, an often misunderstood subculture that finds expression, joy and authenticity through the anthropomorphic arts. Directed by Ash Kreis, The Fandom provides intimate access to a history and a community, with historical footage and present-day interviews.

And there is so much more. The full program and tickets can be found at queerfilmfestival.ca