join us donate
LOG IN or SIGN UP
Liquid syntax error: Error in tag 'subpage' - No such page slug join
find a vendor
November 22, 2012 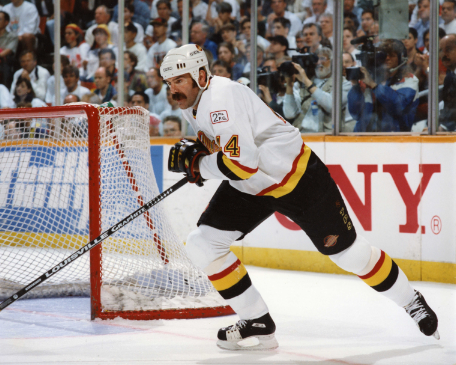 On his drive from the North Shore across the Second Narrows Bridge to GM Place in downtown Vancouver, Dave Babych was one more commuter among thousands.

Along the way, the veteran Canucks defenseman—he averaged 22 points in Vancouver from 1991 to 1998 and added an average 41 penalty minutes each season—would stop for a coffee with his teammate Martin Gélinas and then the two hockey players would continue through the Downtown Eastside on their way to the ice rink. Over seven seasons, Babych remembers the same sights from his commute.

“You recognized a lot of those same people every time you drove to either practice or a game. It was always the same people, unfortunately, so you know there was a problem,” he said.

In 1994, the year the Canucks made it to the Stanley Cup Final and lost 3-2 to the New York Rangers in Game 7 at Madison Square Garden, Babych had eight playoff points. In Game 5 of that series, he scored the biggest goal of his career: a game-winner to keep the Canucks playoff hopes alive.

Things looked far less bright on the streets of Vancouver that year. As many as 600 people were sleeping outside every night, according to estimates. Shelter beds numbered around 300 and the demand accelerated so much through the 1990s that men, women and children regularly went without a warm, safe place to sleep. During that time, three in four residents of the Downtown Eastside “lived at the edge of poverty,” according to a city report.

“You know what,” said Babych about the years he drove through the neighbourhood as player in the National Hockey League, “we did make a few comments. You’re looking and saying, ‘Oh my God.’” 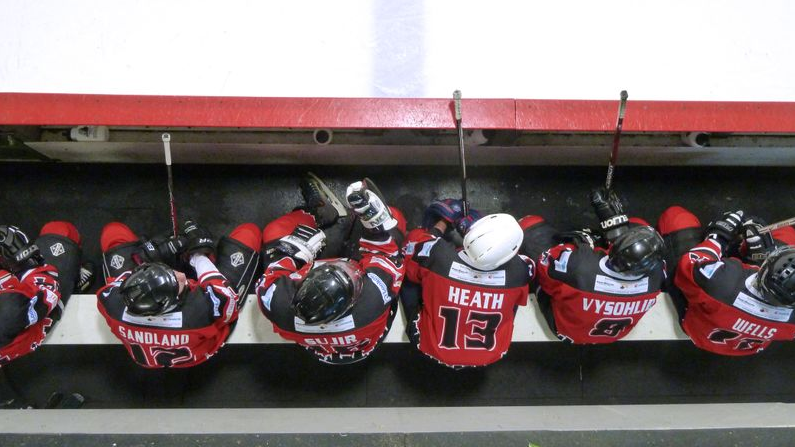 A professional hockey player may live a world apart from the low-income and homeless residents of Vancouver, but Babych and other retired NHLers like Kirk McLean, Mike Gartner and Theo Fleury are using their status as sports stars to bring money to Vancouver and the Downtown Eastside, along with four other low-income, urban neighbourhoods in Canada.

On November 23 at Thunderbird Arena at the University of B.C., the nationwide charity Hockey Helps the Homeless (HHTH) will leverage Canadians’ passion for hockey to raise at least $300,000 for Vancouver shelters and spread awareness about homelessness.

Ten men’s teams of amateur, recreational hockey players fundraise to be pampered as if they were pros—without the stress of the NHL lockout or the pressure of being Cory Schneider—then hit the ice to skate alongside retired players as part of the annual tournament.

For the first time, Vancouver will also have a women’s tournament. Cammi Granato, the first woman inducted to the Hockey Hall of Fame, will compete. There’s Gatorade in the dressing rooms, athletic therapists to tape joints and massage limbs, personalized jerseys and clean socks. “The one-day tournament is all about playing hockey and having fun for a good cause,” said HHTH cofounder Gary Scullion.

After the last whistle blows and the equipment manager drains the ice bath, Scullion said the fundraiser takes a serious turn. The message shifts to poverty awareness, breaking down the dehumanizing stereotypes about homelessness and the important work of organizations like Covenant House, the Urban Native Youth Association, First United Church, RainCity Housing and the Lookout Emergency Aid Society.

Tournament participants in Calgary this past October heard from a single mom who, through the support of an organization called Inn from the Cold, secured permanent housing for her family.

“She spoke and shared very earnestly. It was a way for us to say this could happen to anyone,” Scullion said. Marginalized, low-income and chronically homeless people do not play hockey in the tournament, which is one reason the Hockey Helps the Homeless recently changed its name from Hockey for the Homeless.

No personal testimony about homelessness has been heard in the past three Vancouver tournaments, but anti-poverty advocate Judy Graves, former First United minister Ric Matthews and city councillor Kerry Jang have spoken. 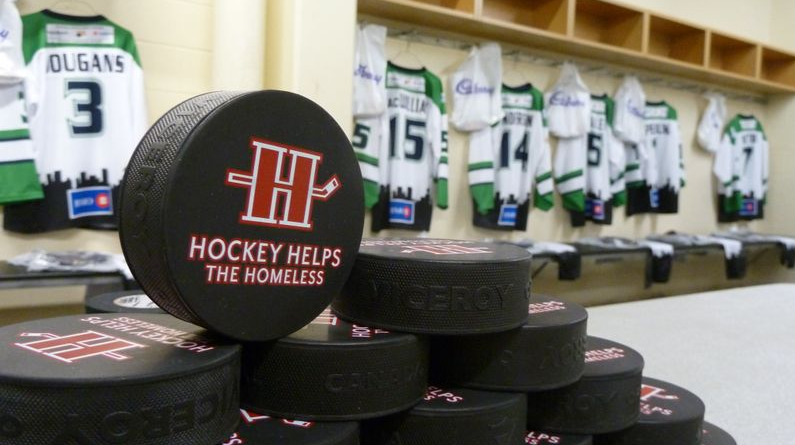 Hockey Helps the Homeless got its start in Toronto in 1996. When he was an executive with Coca-Cola, Scullion enjoyed ice time at Maple Leaf Gardens—a perk of a lucrative sponsorship deal with one of the continent’s most profitable sports organizations and one with a deeply infatuated fan base.

“We were turning guys away,” remembered Scullion, who now works full-time as the executive director of HHTH, an organization that depends on its dedicated volunteers.

They raised $8,500 that first year and bought about 50 army duffle bags which they packed with a sleeping bag, hats, gloves and other gear Scullion imagined would serve like a “survival kit” for the Toronto winter. They hand-delivered the bags to squeegee kids.

“We didn’t have a clue what we were doing,” he said, describing how the charity was not welcome or even needed in some cases. “It was almost comical when you think about it now because we were walking up to people and they were like, ‘Get away from me. I’m not homeless.’”

The way Scullion tells it, he was one of the first to deeply benefit from a better understanding about homelessness. A partnership with Toronto’s Cornerstone Urban Church brought experience and advice. The next tournament brought in $25,000. Since then, Scullion said HHTH has raised $4 million.

In Vancouver, HHTH has paid to bolster the security at a woman’s shelter and purchased two outreach vehicles for Downtown Eastside shelters. Funds raised by skaters who want to pass the puck with Babych and Granato have gone toward industrial strength washing machines and services to safeguard an individual’s buggy and worldly belongings when he, for example, has a job interview or a medical appointment.

“It’s a lot of money going in the right direction,” said Babych, an NHL journeyman whose ’stache made him unforgettable as No. 44. He is back with the Canucks as a director of player personnel and again making that drive from the North Shore to the ice rink. “We know the difference it can make."

This year's HHTH tournament takes place this Friday at UBC's Thunderbird arena. For more information, or to donate to the cause, visit hockeyhelpsthehomeless.com.