join us donate
LOG IN or SIGN UP
Liquid syntax error: Error in tag 'subpage' - No such page slug join
find a vendor
June 26, 2012

Homelessness and obesity in the DTES 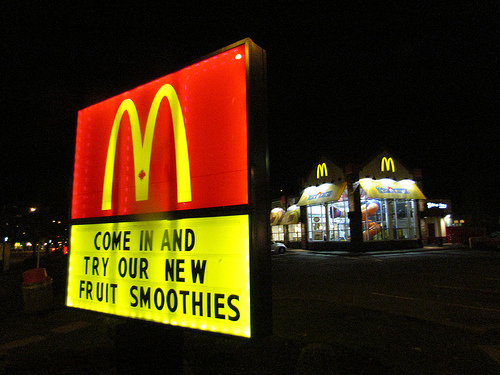 A study released last month found one in three homeless people in the United States is obese. Vancouver has no official numbers on homelessness and obesity, but homeless people, especially in the Downtown Eastside, have a unique obesity issue.

The study, conducted by researchers in the Harvard Medical School and released in the Journal of Urban Health in May, found the number of overweight homeless people was around 30 per cent—similar to non-homeless people. This led researchers to dub obesity the new sign of malnutrition among the poor.

Christiana Miewald, a medical anthropologist with Simon Fraser University, says obesity is common among Vancouver’s homeless, adding Aboriginal people are especially prone to obesity-related diseases like diabetes and hypertension. High drug use in the Downtown Eastside (DTES) also has an effect on the city’s obesity rate.

“Drug addiction does tend to affect appetite and may cause people not to eat even when food is available.  [It] may also result in disordered eating patterns such as binging or anorexia which may continue even if a person stops using,” Miewald told Megaphone via email.

Miewald says former or current addiction can increase your risk of obesity and obesity-related diseases. Therefore, she believes, access to nutritious food should be part of harm reduction strategies.

Although more nutritious food options have opened in the DTES, Miewald says the area remains a “food swamp”: filled with cheap and unhealthy food options. She says it’s important to remember that food, like housing, is a human right. And you need both to eat healthy.

“The homeless and those living in [Single Room Occupancy hotels] have little ability to prepare their own meals and are therefore dependent upon what is provided through various free and low-cost food programs,” she wrote.