join us donate
LOG IN or SIGN UP
Liquid syntax error: Error in tag 'subpage' - No such page slug join
find a vendor
October 05, 2015
by Toula Drimonis follow this author
photos: Illustration by Ehren Salazar.

I'll do the talking

It’s election season, and everywhere we go, we hear a lot of talk from all sorts of people. Turn your ear to the voices of those in power, however, and it’s likely that you’ll hear one kind of voice rising above the rest: the voice of white, heterosexual men. In recent months, much has been made about how people who don’t talk like them—notably younger women—stand to lose professional and social credibility.

It all started with an article published in Time magazine this summer, identifying “vocal fry” (a vibrating, world-weary tone of voice) and “uptalk” (a statement that often sounds like a question) as speech patterns women— and notably, never men—need to avoid if they are to be taken seriously and not jeopardize their career prospects. According to a study cited in the article, these fauxpas made young women who use them sound “less competent, less trustworthy, less educated and less hireable.”

Soon, Naomi Wolf (author of The Beauty Myth) followed Time’s “advice” with her own warning and rallying cry to women, urging them all to “reclaim their strong female voice.” Wolf believes that using vocal fry is akin to disowning your power, because those who hear you use that tone will immediately think less of you. But here’s the crux of the matter: assuming the problem is the messenger, when in fact it’s the person receiving the message. My problem with Wolf’s advice is it promotes an assumption that women who frequently use vocal fry in their speech patterns are compromising their credibility—in and out of the workplace— because of the way they speak.

The way I see it, Wolf’s “unsolicited advice” was nothing more than a variation on the tired old policing that seems to always take place with women’s behaviour. This widespread criticism and inability to listen to what women are saying is, once again, another form of dismissal and disrespect. 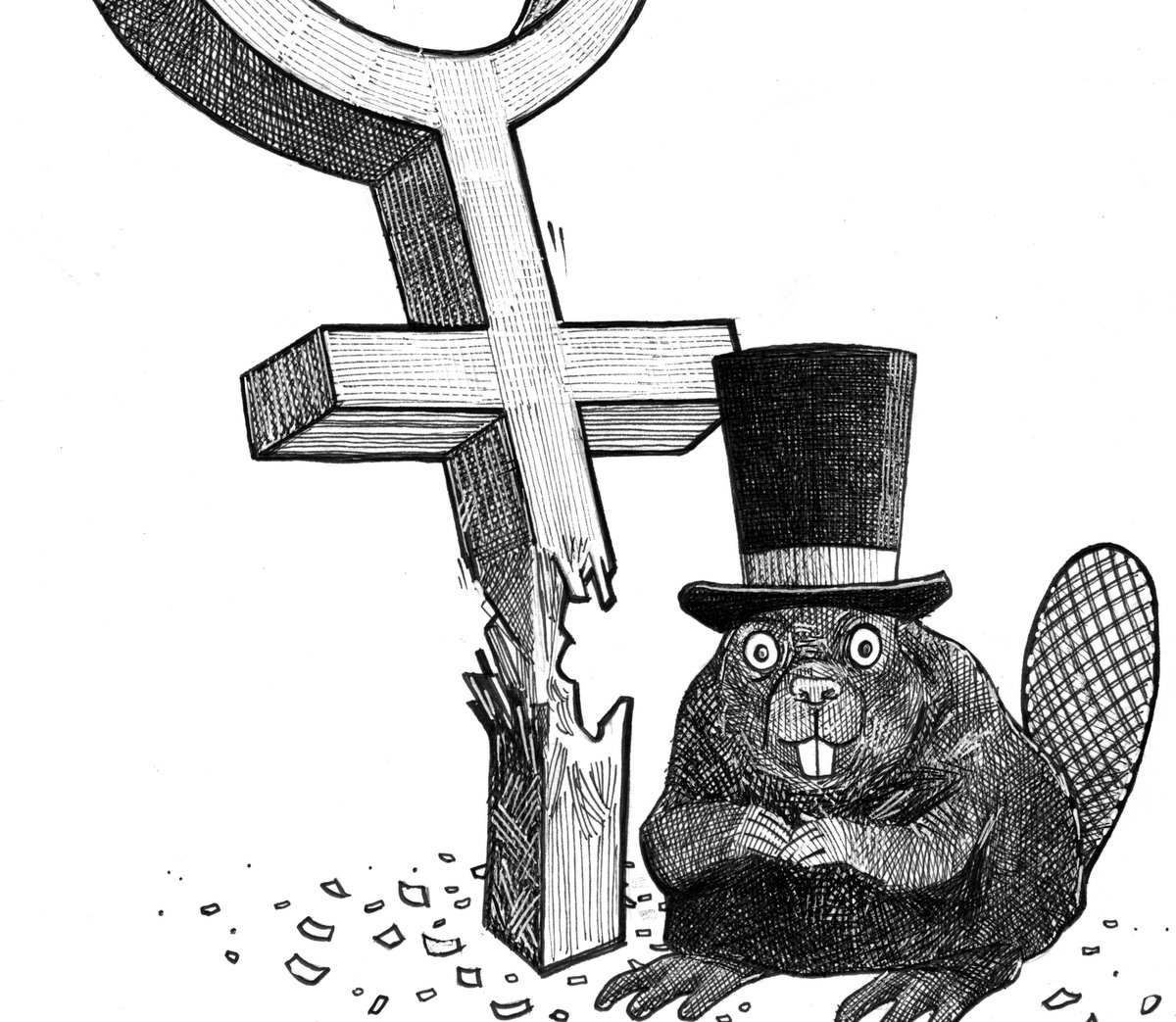 Another excuse to dismiss women’s voices

The “vocal fry” detractions came fast and furious. The Guardian’s Erin Riley was one of the first to make the connection between the criticism of vocal fry and a problematic, socialized desire to dismiss women’s voices. “Vocal fry is not a problem. It is merely another excuse to dismiss, ignore and marginalize women’s voices, both literally and figuratively. And it’s just the latest in a long history of finding excuses not to listen to what women, especially young women, say,” writes Riley.

Interestingly enough, many defenders of the popular speech pattern don’t agree with the notion that vocal fry keeps women down. Instead, they believe it’s actually a protective mechanism, a way that many women communicate that they are unbothered and un-frazzled by those who represent the establishment. A way to say, “we’ve got this.”

Instead of asking women to speak differently, perhaps we should be ensuring that prejudices in our society don’t always lean in men’s favour. To me, the debate surrounding “vocal fry” and “uptalk” exists because power is still very closely associated with traditional ideas of performative masculinity. We should at least acknowledge that patriarchal power structures still exist. And changing gendered speech patterns won’t miraculously remedy that.

“Instead of asking women to speak differently, perhaps we should be ensuring that prejudices in our society don’t always lean in men’s favour. To me, the debate surrounding “vocal fry” and “uptalk” exists because power is still very closely associated with traditional ideas of performative masculinity.”

A long history of impossible standards

Vocal fry can be added to the time-honoured tradition of policing women’s behaviour. Whether it’s wearing too little, wearing too much, not “leaning in” enough, appearing too “bitchy” in the workplace, or appearing too feminine to be taken seriously: when it comes to their behaviour, women can’t seem to win.

Women’s voices and women’s bodies continue to be ruthlessly scrutinized, criticized, and held to impossible and unrealistic standards.

When it comes to the sound of women’s voices, an additional layer is added to the discrimination. Women are compared to and judged by what I call the golden standard.

That standard valourizes the speech patterns and mannerism of an older, white, heterosexual male. Anything that veers away from that is perceived to be less credible, less valued, and less influential to those socially conditioned to believe that what is credible, valued, and influential must sound specifically masculine, specifically heteronormative.

Conditioning people to adhere to the heteronormative, white-male standard begins at such an early age. And we’re so routinely bombarded with messages to aspire to one specific way of speaking that we don’t allow for diversity.

This policing and discrimination becomes internalized, even among the people who are being policed. That paves the way for unsolicited, “helpful” advice like Wolf’s on how to sound more confident and more credible, when in reality all that advice aims to do is make you sound more likean older white heterosexual male. By the golden standard, that automatically sounds more credible and confident to our ears socialized to look for those cues.

Our societal insistence for everyone to sound like the golden standard spans beyond the male/female binary and spills over to all minority groups. It’s also the reason why society often criticizes gay men for sounding “too gay,” or people of colour for not sounding “white enough,” and people who speak accented English as not sounding “smart or credible enough.”

Linguistic discrimination, otherwise known as linguicism or linguistic profiling, is the unfair treatment of an individual based solely on their use of language. A study in 2006 by John Baugh, a professor and director of African and African American Studies in Arts and Sciences at Washington University in St. Louis, found that many people made racist, snap judgments about callers from diverse language communities.

In a series of test phone calls, Baugh had people with accents and people speaking what amounts to “standard” English call and inquire about a job placement or a home for rent. Callers who “sounded white” would get the appointment, while those sounding Latino or African-American would be ignored or given the run-around—it didn’t seem to matter that these actions contravened fair housing and equal-opportunity employment laws.

This study and many others proved similar language profiling. To me, this is significant in that it recognizes that white privilege extends way pastone’s obvious skin colour and all it represents. There is privilege in being born and educated in a system that teaches “standard” English. That is something not everyone has had the luxury of benefitting from. Those who discriminate against people who speak heavily accented Englishalso conveniently forget that it’s usually the result of someone speaking English as their second or third language.

It’s imperative that we recognize these deep-seated, socialized prejudices in ourselves and in others, so we can point them out as the discrimination that they are instead of the “helpful advice” they pretend to be.

A recent Status of Women Canada report, which was for internal use only and never intended for public release (but was recently made public after being obtained by CBC News under the Access to Information Act), paints a disturbing picture. According to the report, Canada is not faring well when it comes to the pay gap between men and women, support for childcare, and parental leave.

Our country also registers an abysmal 57th place for gender equality in Parliamentary representation, and, despite repeated demands, we continue to lack a national strategy to tackle violence against women.

With the federal election just weeks away, Canadian women would do better to ignore “advice” on how to tackle their dubious “vocal fry” problem and focus more on concrete political actions (such as voting) that represent tangible steps towards solving very real obstacles that continue to affect our daily lives.