join us donate
LOG IN or SIGN UP
Liquid syntax error: Error in tag 'subpage' - No such page slug join
find a vendor
August 12, 2013 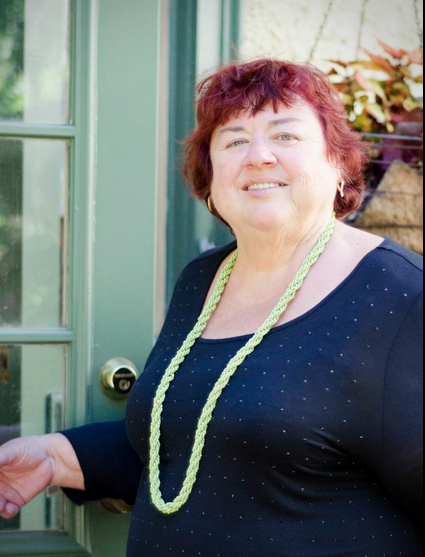 Lee Lakeman has been at the centre of Vancouver’s feminist community since the early 1980s. This year marks her retirement from her position as a collective member at Vancouver Rape Relief and Women’s Shelter (VRR), where she has been a key figure for the organization while working to end violence against women.

Lakeman has served as spokesperson for the shelter while also working the crisis line and in the transition house, helping countless women trying to escape and recover from sexual assault and other forms of male violence. In May of this year, Lee received an honourary PhD from the University of British Columbia for her contributions to the community.

Born and raised in a working-class part of Hamilton, Ontario, Lee says she had a happy childhood. Surrounded by creative, generous, intelligent (though not formally educated) people, she continues to discover new ways her family influenced her political activism.

Her family formed a strong foundation from which to grow intellectually and politically. She started journalism school at Ryerson University in 1966, and says it was then that she began to understand class consciousness; recognizing her status as working class and the ways in which her income background positioned her in society.

Lee stayed at Ryerson through her first year, but was pregnant by Christmas. By the time second year rolled around, she had a baby boy named Christopher. Without access to childcare, attending school was impossible. “The fact that I was a single mother in Toronto and was forced to find my way on welfare made things pretty clear pretty fast,”

Lee found herself living in a room with no bathroom or sink on the top floor of a house in a very poor area of Toronto. In addition to living in what substandard housing her limited income could afford, Lee grappled with the new challenges of raising a child alone in a city that did not look kindly upon the fact that she, a white woman, had a son whose father was black.

“I learned some hard lessons really fast,” she said. “Society is very hard on women who are alone with sons.” Racism, sexism and classism combined in her life in a way that was impossible to ignore. Lee’s situation politicized her.

Eager to escape poverty, Lee moved to London, Ontario, and enrolled in teachers’ college. She managed to work as a teacher for a short while before being ostracized after contradicting another teacher’s advice to young female students. Lee told her students under no circumstances should they use a feminine hygiene spray. Teaching women to use these products was common practice in the early 1970s, even though they contained harmful chemicals such as hexachlorophene. Lee’s controversial advice prompted a media frenzy and effectively ended her teaching career.

It was during that time that Lee met a group of women who would become lifelong friends. She had moved to Woodstock, Ontario, for work and, along with these women, who were also her housemates, opened her first transition house and crisis line for abused women out of her home there.

When asked if, in the decades she’d worked a crisis line, anything had changed in the kinds of calls she received, Lee replied, “More women used to call who were further up the hierarchy. Transition houses have always been largely about providing an option to poor women and while other women have always called, it’s clear that more women calling today are in financially desperate situations.” Cuts to welfare have made it harder for women to leave abusive men.

Lee adds that there are many more women calling who speak minimal English and who “are stuck in an underclass situation by virtue of not having language or citizenship.”

The negative impact of capitalism on equality is obvious to Lee: “I identify as a feminist and since the majority of the women in the world are poor and brown, I am necessarily anti-capitalist and anti-racist.” The Conservative government, under Stephen Harper, has compounded racial and economic inequity in Canada, she says. “They’ve not only abdicated their responsibilities with regard to social, economic and political equality, but have damaged what we had. And they’ve done nothing to address violence against women.”

Lee attended a family violence conference in Vancouver in the late 1970s and discovered the city’s thriving feminist community. She applied for a job at VRR and has been heavily involved with the organization ever since.

Lee was not only an employee, but used VRR’s services after she was attacked, shortly after she’d started working for the organization. Lee was living in a house on Vancouver’s Eastside with her sister and her son, who was nine years old at the time, when she awoke one night to find a man in her bedroom, with his hand over her mouth. “I could smell the aftershave on his hand and I remember he was wearing a crisp, white shirt. A part of me couldn’t put that together with the stereotype I carried around about who was the rapist. I imagined them to be more disheveled. This was somebody who’d had a shower and dressed up to come and break into my house,” she said.

When Lee was attacked a second time by the same man, she didn’t call the police, having learned the first time around their response was inadequate. “I knew that I could rely on the women at VRR to work with me and comfort me and help me protect my child.”

Reflecting on the debates happening within the feminist movement over the years, Lee says issues like prostitution, pornography and men’s role in the women’s movement remain at the centre.

She says the question of whether or not we are going to tolerate men’s position as buyers and managers of the sex industry and their abuse of women in prostitution is critical. Today, neoliberalism and globalization have combined forces in a way that has been tremendously destructive for women and Lee believes global solidarity is key. “I think it’s the role of feminism to stand up collectively with the women of the world and not to allow some women to be sacrificed so others can live a lusher life.

While Lee has much to celebrate this year, she also suffered a tragic loss with the death of her son. “But there was something wonderful and confirming in meeting Chris’ friends at the end of his life. By the horrible happenstance of his sudden death I could see that he had taken a lot of what I’d taught him and what he’d been introduced to and applied it to the oppression of men,” she said.

Lee loved seeing that Christopher was building community and that he had been taking care of other people as a way of taking care of himself. “He had talked to me about the joy of a principled life. I’m very proud of that.”

Lee’s work at the heart of Vancouver’s feminist community took place alongside her life as a mother to Christopher; her work and her life swam together.

Following the pattern of confluence, this year marked both the final year of Christopher’s life and the last year of Lee’s official involvement with the Vancouver Rape Relief Women’s Shelter and crisis line, whose mission and work was a tangible expression of her ethics in action.

Lee leaves us with a final message for the future generation of men. “We need to get our sons to actively engage in the building of community,” she says. “To care about equality and not just not do harm, but to willfully and meaningfully share in the human project of trying to build something better for the next generation.