join us donate
LOG IN or SIGN UP
Liquid syntax error: Error in tag 'subpage' - No such page slug join
find a vendor
November 13, 2013 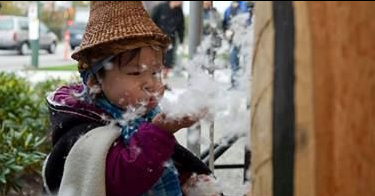 Opening of the Dave Pranteau Aboriginal Children's Village. Photo by Government of BC

Seven years after turning the sod on its East Vancouver location, B.C.’s only home for Aboriginal foster children officially opened its doors on October 25.

The Dave Pranteau Aboriginal Children’s Village offers stability to Aboriginal youth in foster care by offering the youth a stable home. While youth in care are typically bounced from home to home, at the Children’s Village, it’s the foster parents who move out when the child gets a new foster family.

“Just in terms of providing shelter and providing stability to Aboriginal kids and families, I think it’s really important,” said Ken Clement, president of the Lu'ma Native Housing Society, which funded the project to the tune of $10.6 million.

“That was, an important element to the village itself, that it focuses on children as opposed to whatever other groups that we have. I thought that was a good step in terms of acknowledging the kids.”

The 24-unit building started accepting foster families September 2012 and Clement says there are already over a dozen foster kids living there with families, and three living there on their own. Although youth typically age out of the foster system in B.C. when they turn 19, Clement says they can remain at the Village as long as they’re in school.

Based on a model used all over the world, including Canada’s first Children’s Village in Richmond, Clement says the building took so long to open because of rezoning regulations at city hall.