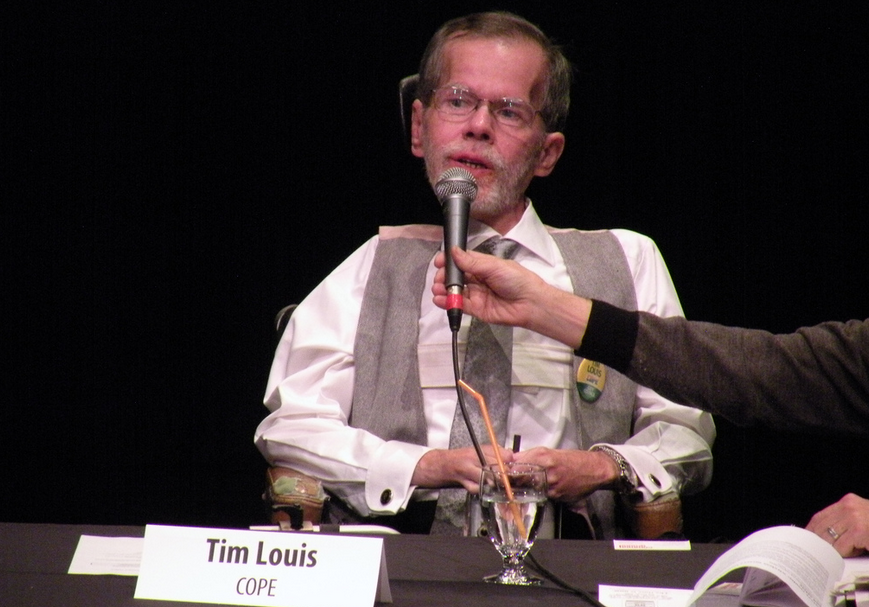 The Coalition of Progressive Electors (COPE) has elected a new team of activists, organizers, and fundraisers with strong ties to housing issues in the Downtown Eastside.

The new group has replaced the executive board members who left mid-term last year. “Most of the people who left the executive were strong supporters of Vision Vancouver,” says Tim Louis, who moved from internal to external director of COPE during board elections on March 30, which took place during its 2014 Policy Conference.

Commenting on the new slate’s composition of mostly women, Louis said he was very pleased because “women bring a different approach to politics that’s a much more principled and a less divisive approach.”

The increased focus on housing is also new, says Louis, who refers to housing as one of COPE’s “bread and butter issues” that the previous executive wasn’t interested in. It’s one of many issues Louis says will be in COPE’s platform for the coming municipal elections in November.

“Transit, housing, homelessness. We represent working people, renters, the unemployed, the underpaid. We represent the vast majority of Vancouver,” he said.

COPE is holding a nominating conference for its municipal election slate, including city council, school board, and park board nominations, on June 7 and 8.