join us donate
LOG IN or SIGN UP
Liquid syntax error: Error in tag 'subpage' - No such page slug join
find a vendor
June 12, 2013 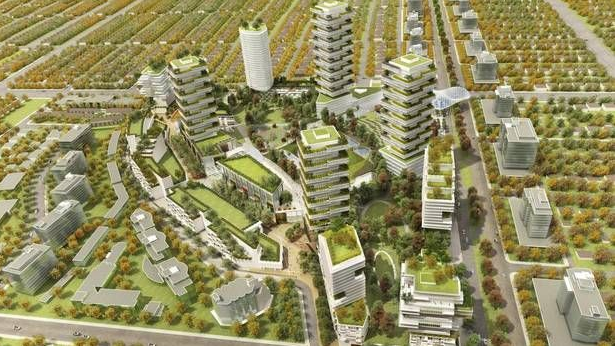 The Coalition Of Public Electors (COPE) and the Vision Vancouver-led city council are at odds over the city’s commitment to social housing at the proposed Oakridge Centre development.

In a press release issued May 28, COPE accused council of asking city staff to reduce the 20 per cent social housing requirement for Oakridge Centre by 14 per cent, replacing the units with market rate rentals.

“Westbank contributed over $10,000 to Vision Vancouver in 2011 alone, and this recommendation, before the public is heard at a hearing, is a gift to the developer at the expense of the affordability needs of the Oakridge neighbourhood and the rest of the City,” reads a quote from COPE’s Tim Louis in the release.

Oakridge Centre owner Ivanhoe Cambridge and developer Westbank Development recently submitted a rezoning application for the mall and office towers to build mixed-income condo towers as high as 45 storeys. City staff released a report on issues with the new proposal—including increased tower height and changes to the social housing mix—which was presented to city council for approval on May 29.

Kerry Jang, a Vision Vancouver councillor, called COPE’s allegations “bogus” and said city staff have been directed to calculate the best way to afford the maximum social housing on the property, even if the developer can’t afford to do it on their own.

“So far the [city staff] calculations are showing that to do [20 per cent] subsidized housing, that the development itself would not raise sufficient money and we’d have to get money from another source in order to make up that difference,” he said, adding the money could come from the city or the provincial or federal governments.

In order to give city staff time to rework the proposal with the developers, council has pushed the decision on approving Oakridge’s rezoning application in order to begin public hearings until June 11.