join us donate
LOG IN or SIGN UP
Liquid syntax error: Error in tag 'subpage' - No such page slug join
find a vendor
August 09, 2013 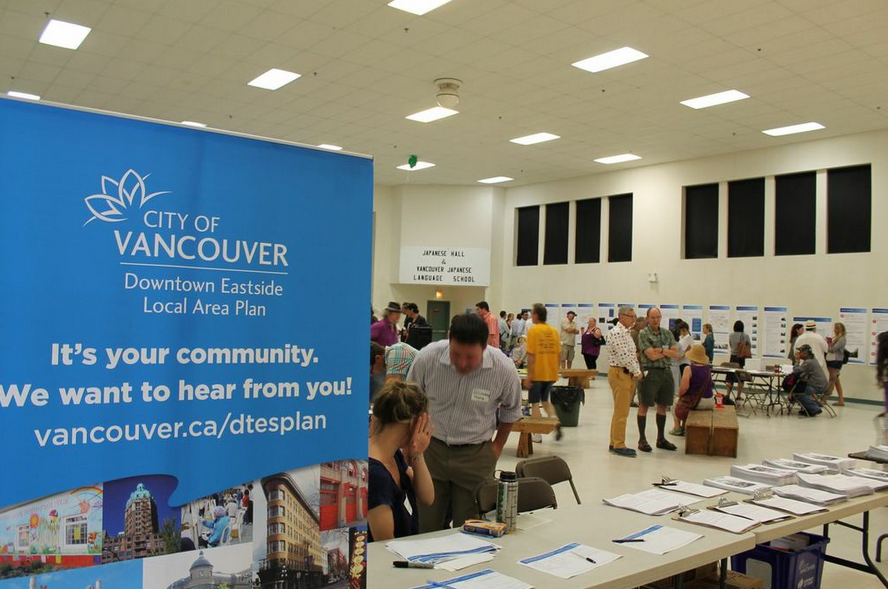 On July 18 and 19, DTES residents streamed into open houses in the neighbourhood to read poster boards of recommendations from the DTES LAPP committee, matched with residents’ recommendations and information from the City of Vancouver.

“If the community is saying, as it is, [that] housing’s a priority, then the city is saying, ‘Where can this housing be absorbed? Where’s it likely to go?’ So that information is here,” Michael Clague, cochair of the DTES LAPP committee told Megaphone, at the July 18 open house.

The committee is scheduled to deliver its final report to the city by September.

With less than two months to go, Clague says it will be difficult for the committee to determine top priorities for the neighbourhood.

“I think it’s a fair question as to how complete one can make it with meaningful community involvement in that time frame,” he said, adding he expects much discussion and disagreement over the committee’s eventual recommendations for support for low-income residents of the area.

Sharon Kravitz, who has worked and volunteered in the DTES for 20 years, told Megaphone the LAPP is one of many neighbourhood-planning processes she has seen in that time. The experience has left her cynical about the likelihood of adequate support for low-income people from any plan.

“There was never an agreement with planning with the city that any of the recommendations would go forward or they would have any teeth,” she said.

“So it doesn’t mean much if people aren’t willing to back it up and work hard for it.