join us donate
LOG IN or SIGN UP
Liquid syntax error: Error in tag 'subpage' - No such page slug join
find a vendor
March 20, 2014 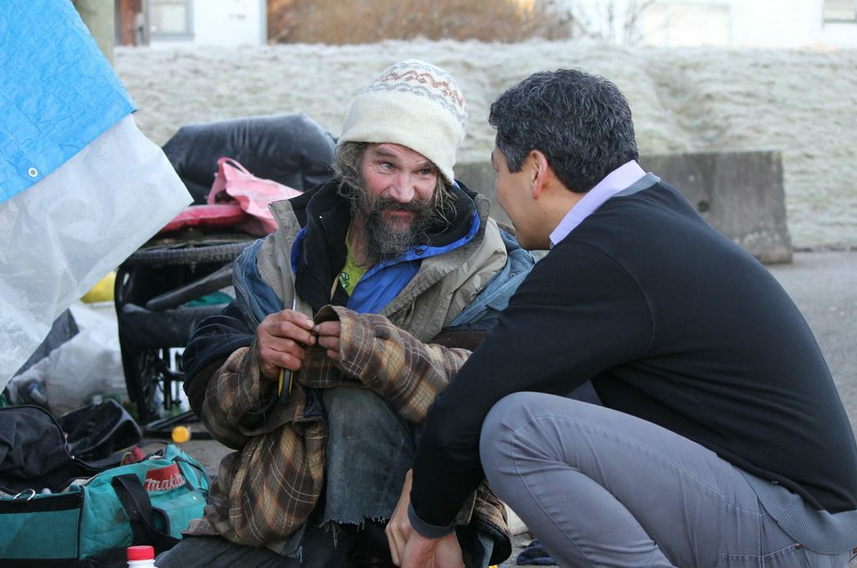 Abbotsford's homeless are taking the city to court for the right to camp. Pivot Legal Society has filed a lawsuit on behalf of BC/Yukon Association of Drug War Survivors, which represents many of Abbotford’s homeless, in response to a court order filed by the city that would make into law a temporary injunction the city has against sleeping in Jubilee Park, expanding it to all Abbotsford parks.

“We’re hoping this [lawsuit] will subsume the city’s case,” said Pivot lawyer DJ Larkin. “That way the court can see what’s actually going on [with the city’s homeless] as opposed to what happened at Jubilee Park.”

The lawsuit alleges bylaws and tactics used to harass the homeless breaches their charter rights. This includes the eviction from Jubilee Park, as well as police harassment, the destruction of the Association members’ property and the dumping of chicken manure on one homeless camp by city officials.

Larkin says the suit will challenge the city’s parks, street and traffic, and Good Neighbour bylaws, which make it almost impossible for homeless people to live in the city. By establishing a set of rights for Abbotsford's homeless citizens, she hopes the city will be pushed into doing the right thing.

“It puts the onus back on the city to do something that is more helpful to people in terms of outreach,” she said.

A trial date will be set on April 7.