join us donate
LOG IN or SIGN UP
Liquid syntax error: Error in tag 'subpage' - No such page slug join
find a vendor
October 21, 2013 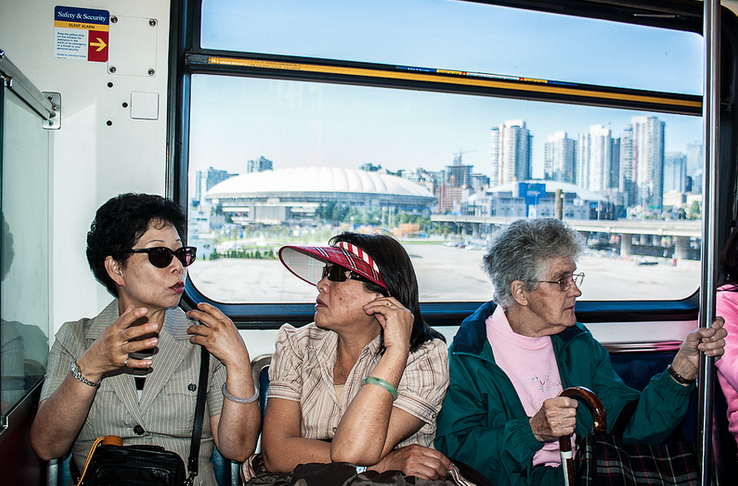 A new report aims to fill a gap in data about the legal and social policy issues facing elderly women in Canada.

“Your Words are Worth Something: Identifying Barriers to the Well Being of Older Women” is the first report on elderly women’s well-being in Canada. Co-produced by the Canadian Centre for Elder Law (CCEL) and West Coast Women’s Legal Education and Action Fund (West Coast LEAF), the report, funded by the United Way Lower Mainland, identifies 31 issues facing elderly women in Canada and 24 “strategies for change” to improve their lives.

Issues were identified during CCEL’s Older Women’s Dialogue Project in 2012, where they met with 312 women aged 50 and over in the Lower Mainland. The project included 22 meetings in nine different languages.

Meetings were organized through various social services serving elderly women in the area, CCEL’s national director Krista James told Megaphone.  That skewed the data slightly towards low-income women, but James says participants did come from a range of economic backgrounds.

“We had a survey women filled out and we asked them to identify their top three issues. And you can see when you look at the [report] that at almost every group income security, poverty or pensions was the number-one issue,” she said.

James said there is no timeline for their “strategies for change” because neither CCEL nor West Coast LEAF has the power to hold governments accountable to adopting their recommendations. However the recommendations range from nation- wide, federal changes to changes individuals can make in their own communities.

“I think there’s a general lack of understanding of how much older women feel pressured and not respected. A lot of women said they felt invisible in their communities, that is something we can all take action on right away,” said James.

The full report is available here on CCEL’s website.