join us donate
LOG IN or SIGN UP
Liquid syntax error: Error in tag 'subpage' - No such page slug join
find a vendor
October 30, 2013 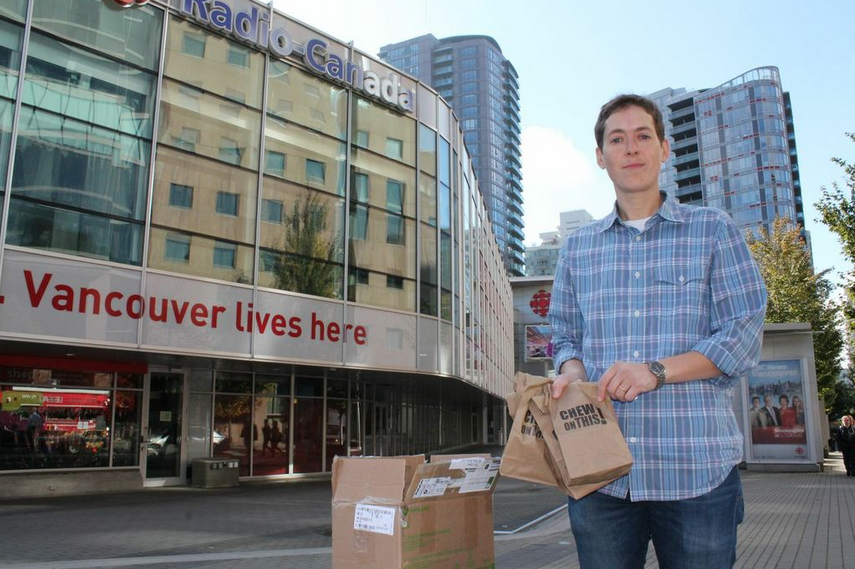 The BC Poverty Reduction Coalition is encouraging the public to give politicians food for thought by demanding a solution to poverty and hunger in Canada.

On the International Day for the Eradication of Poverty earlier this month, the coalition took part in the Chew On This campaign organized by Dignity for All, a joint initiative of Canada Without Poverty and Citizens for Public Justice. Standing outside the CBC building in downtown Vancouver, they handed out 250 paper bags containing an apple and a post-card addressed to Prime Minister Stephen Harper, asking him for a national poverty reduction plan.

By drawing attention to the increasing popularity of food banks in the country—882,000 people use them per month in Canada, 90,000 in B.C. alone—Trish Garner, community organizer with the coalition, hopes to encourage people to think beyond food banks.

“I’m trying to shift people’s minds a little bit towards political advocacy. Giving to charity is a political act in itself, just one that supports the status quo, and I don’t think people realize that,” she said, adding people should mix donating with political acts like contacting their local MLAs.

“[Government] feel like they need to focus on economic growth and that will lift everyone up. But as we know that hasn’t been the case; we actually have widening inequality in B.C.,” Garner said, adding research by the Canadian Centre For Policy Alternatives shows a B.C. plan is affordable.

“It’s about $8-9 billion just living with the poverty that we have now. If we implemented a poverty reduction strategy it would be about $3-4 billion."