join us donate
LOG IN or SIGN UP
Liquid syntax error: Error in tag 'subpage' - No such page slug join
find a vendor
July 08, 2013 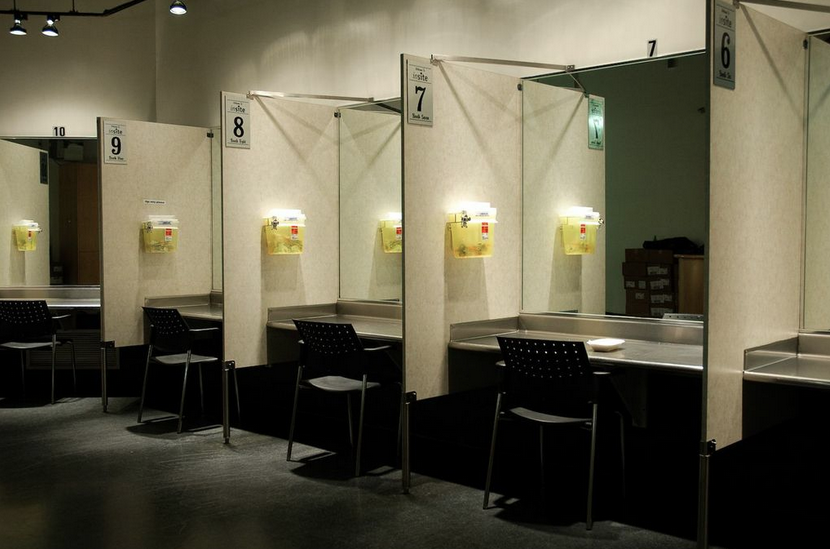 Previous projects like the North American Opiate Medication Initiative (NAOMI), which ran in Vancouver from 2005 to 2008 and supplied participants with heroin, would be exempt if approved as clinical trials. But Health Canada says any project where the drugs are not supplied by the researchers, such as the proposed safe smoking room, would face the new rules of Bill C-65.

“If people are coming in with their own stuff to smoke and researchers are studying them in some way and the room was being set up by researchers and inviting people in to smoke, then they’d have to meet the same requirements because Bill C-65 would apply,” a Health Canada spokesperson told Megaphone. Bill C-65 is expected to undergo its third and final reading this fall.

There is space for a safe smoking room at InSite, but Mark Townsend, executive director of the Portland Hotel Society, which runs the safe injection site, says they need approval from Health Canada and Vancouver Coastal Health (VCH) before people can light up.

VCH media officer Anna Marie D’Angelo told Megaphone a safe smoking room “would be a very long time down the road, and we don’t have plans for that at this time.”

Townsend said intentions for a safe smoking room are all about safety for drug users and the community at large.