join us donate
LOG IN or SIGN UP
Liquid syntax error: Error in tag 'subpage' - No such page slug join
find a vendor
December 03, 2012 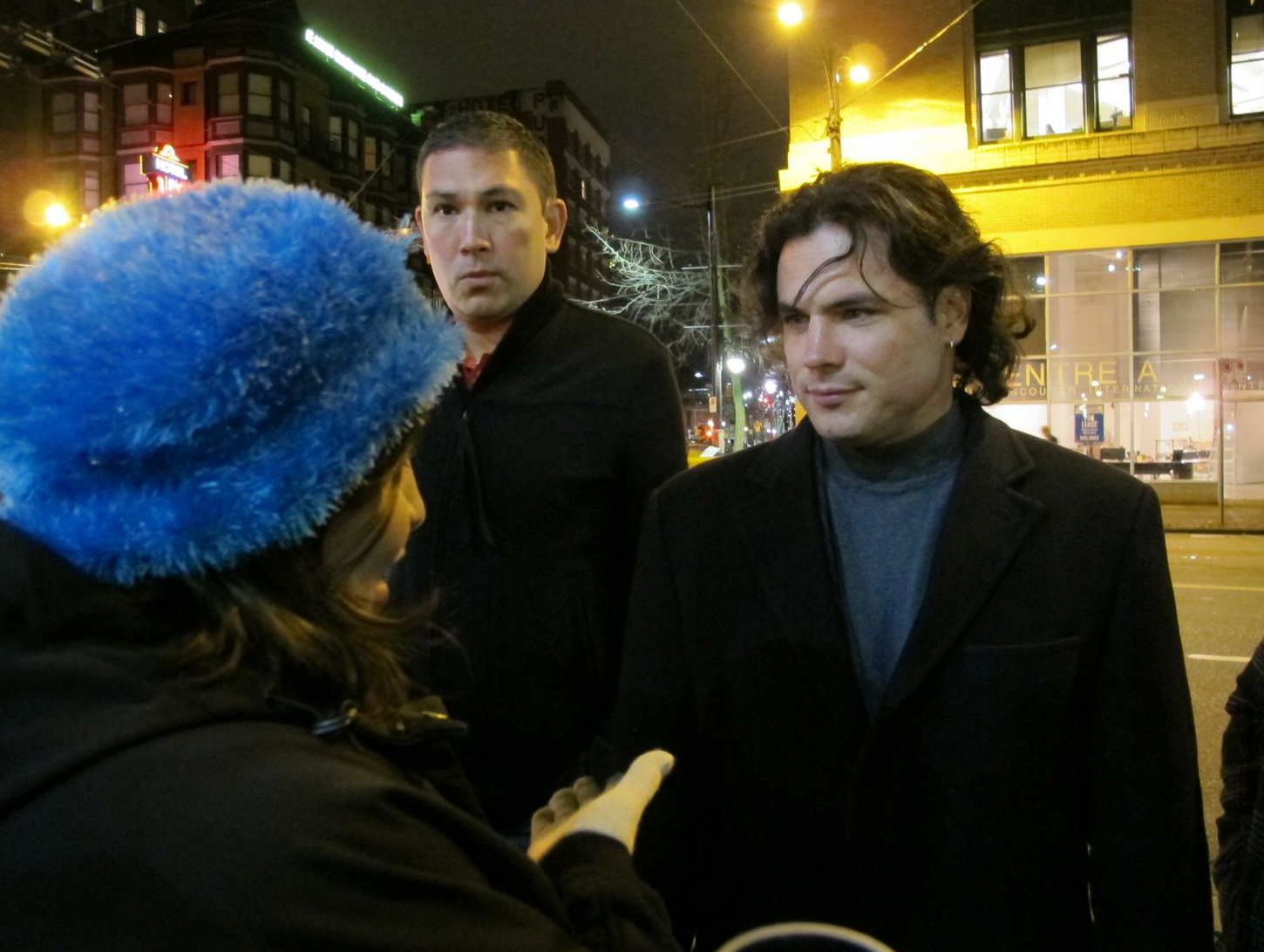 During a tour of the Downtown Eastside (DTES) on November 22, Conservative Senator Patrick Brazeau reconfirmed his support for a national inquiry into the hundreds of missing and murdered Aboriginal women in Canada.

In Vancouver for the Standing Senate Committee on Human Rights tour of Western Canada researching the lives of urban Aboriginals, Brazeau walked the neighbourhood with members of the Canadian Foundation for Creative Development and Innovation and Aboriginal Life In Vancouver Enhancement Society.

“I stood shoulder-to-shoulder with my Aboriginal sisters in the Native Women’s Association of Canada (in 2004), and I’ve recently come out and stated that we need a national inquiry on missing and murdered Aboriginal women,” said Brazeau, an Algonquin from the Kitigan Zibi reserve in Quebec.

“Aboriginal women deserve it and certainly the victims’ families deserve it.”

The National Aboriginal Women’s Summit in early November failed to reach a consensus among provincial politicians and Aboriginal groups from across the country on the need for a national inquiry. No federal government representatives attended.

The report from the British Columbia Missing Women Commission of Inquiry on the missing and murdered women from the DTES is due to be released mid-December. But the report and the inquiry have already been panned by “Blueprint for an Inquiry: Learning from the Failures of the Missing Women Commission of Inquiry,” a report released by Pivot Legal Society, West Coast LEAF and the BC Civil Liberties Association on November 19.

“Out of the failures of the Inquiry, which are well-documented and understood in the affected communities, the hope of the authors is that a positive legacy can still be uncovered,” reads a statement on the Pivot Legal Society website.