join us donate
LOG IN or SIGN UP
Liquid syntax error: Error in tag 'subpage' - No such page slug join
find a vendor
September 29, 2013 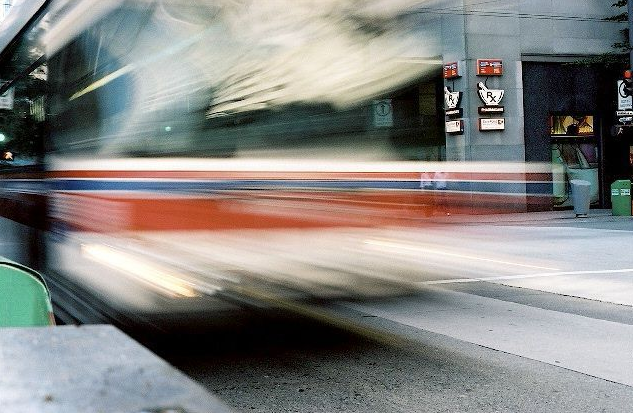 Metro Vancouver’s unofficial transit policy for low-income riders—allowing them to board public transit without paying—comes to an end next year when TransLink Compass Cards and fare gates go mainstream. That’s worrying for the Regional Transit Working Group of the Vancouver Urban Core Community Workers Association, who say public transit is an essential service for those living around or below the poverty line.

“If people are unable to pay, but need to get on transit, that’s not fare evasion—that’s denial of essential services,” said Peter Greenwell, working group member and coordinator of homeless programs at Collingwood Neighbourhood House.

But time to find a solution to the issue is running out. That’s why the Regional Transit Working Group is holding the “Public transit access: break the cycle of homelessness” forum on October 16 at Collingwood Neighbourhood House to discuss options with homeless transit users, TransLink representatives, municipal leaders, and interested members of the public.

“Ideally, I would like to create a little more public room for TransLink to be creative, because I don’t think TransLink is in a position to say, ‘we need to do this,’” said Greenwell, “unless there’s a community of support out there to say, ‘you need to do this.’”

The Working Group has already convinced Vancouver City Councillor Geoff Meggs to call on council to endorse a homeless transit plan for the region, and hopes Meggs will also attend the forum. The City of Surrey is expected to introduce a similar motion in early October to mark the beginning of Homelessness Action Week.

But there is no funding for the forum or the campaign the working group hopes to run. Instead, working group members have started an Indiegogo campaign to crowd-source the project has been started, with the goal of raising $5,000 by October 23.

“Access to public transit is one of those essential support systems in dealing with homelessness,” said Greenwell.

“There needs to be some sort of formal plan in place.”