join us donate
LOG IN or SIGN UP
Liquid syntax error: Error in tag 'subpage' - No such page slug join
find a vendor
October 16, 2019 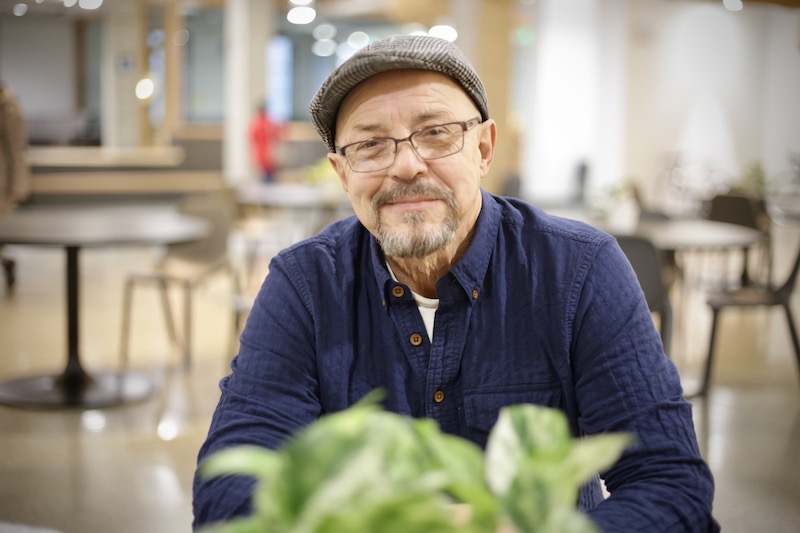 When you're homeless and looking for housing, it's a demoralizing cycle of not having enough resources to get ahead.

The first challenge you face when you are homeless and trying to find a permanent place to live is your income. As a pensioner, I receive $1,500 per month to work with. Then you have to determine what’s the maximum rent that you’re willing to pay. I don’t do homeless very well and I wanted off the streets badly. So I was willing, in the worst-case scenario, to hand over my entire pension to a landlord. But ideally I decided on $850 per month—which in the current rental market is considered low-income housing.

Now this is where money management comes into play. You become stuck on what I call “the money wheel.” This is how the money wheel works: By the first of the month you have your pension cheques. Now, in order to rent a place you must have $1,275 cash in the bank at all times. You must have that amount in hand when going to view an apartment. That leaves you $225 to live on. I don’t care how good you are at money management, that $225 isn’t going to last long. The best you can hope for is two weeks.

So that means realistically you have two weeks per month to find an apartment because after two weeks, you are forced to start dipping into your rent money to survive, and once you do that, you’re hooped for the rest of the month. No sense in looking because you no longer have all the cash you need on hand anymore. That scenario goes on month after month—the never-ending cycle of the money wheel.

Well, here you are trying to find safe, affordable housing in the worst rental crisis the City of Vancouver has seen in the 40 years I’ve lived here. Rents have skyrocketed, demovictions are rampant and every low-income person I know is looking for housing.

In six months of searching craigslist and other listings, walking the streets trying to track down “For Rent” signs and sending out emails by the dozen, I got about four legitimate viewing opportunities. One place I got to look at was a ground floor apartment that was offered at $925 per month. It was a nice place in New Westminster.

My viewing appointment was at 4 p.m. When I arrived, two applicants were just leaving. They had obviously jumped the line and as I was talking to the man in charge of the viewings, three more people were coming up the walk behind me—three more queue jumpers.

The man I was talking to told me the owners had hired him to show the apartment to people because they were overwhelmed by applicants. It was 4 p.m. and he told me he had been showing the apartment since 8:30 a.m. and so far he had shown it to 60 applicants.

You can read about the rental crisis in Vancouver and hear about it on the radio, but until you are out there pounding the pavement searching, you have no idea how bad it is. It’s extremely bad.

You have to watch out for predators and cheaters. You have to work with craigslist and other public listings, but so do the scammers. They want your damage deposit.

One popular scam is the out-of-town landlord. It goes like this.

You receive an email about an apartment for rent and it’s in your price range. So you email back for a viewing appointment.

Here’s the answer you get back: “We are a Christian family and have had to move to Calgary to start a new job. I didn’t have time to hire an agent to show our old apartment, but you can drive by and look at the outside of the building. If you like it, just send your damage deposit to [such-and-such address] and we will FedEx you the keys.”

There are people in other provinces trying to take advantage of the Vancouver rental crisis. Another scam in the deposit theft category I ran into involved an ad for a boat for rent at $800 per month.

I went to view it and it was moored at a dock on the Fraser River in Queensborough. It was a 35-foot schooner and it looked to be in fairly good shape. It was winter and I viewed it in the daytime. The owner said it needed work, the heater didn’t work and the stove engine was broken, but he said I could run an electric heater with an outdoor extension cord.

That night I discovered that it is impossible to heat a boat sitting on the cold water with an electric heater, so I froze all that night.

The other thing I learned was that part of the wood ceiling was damaged and once you closed the entrance, the smell of black mold was overwhelming. I had to cover my mouth with my blanket all night.

The next morning I called the landlord and told him it was freezing and black mold is dangerous to human health. I said, “I can’t stay here. Can I please have my $800 back?”

He said I signed a contract and he was keeping half my money for his inconvenience. So it cost me $400 to spend one night freezing and choking. I could go to arbitration to fight, but it takes months and phone meetings are difficult, so most people don’t bother.

The next day I had to meet the owner at the boat to get my $400 back and he was already showing it to another victim of the housing crisis.

I could share many other challenges and more stories of how unscrupulous landlords scam you—us. But there is only so much space here. I hope this gives you an idea of what barriers we homeless have to face in trying to acquire housing.

God bless all of you struggling with this issue.

Richard Young is a Megaphone vendor and member of the Speakers Bureau. He now lives in a social housing complex. Krista Butler photo. 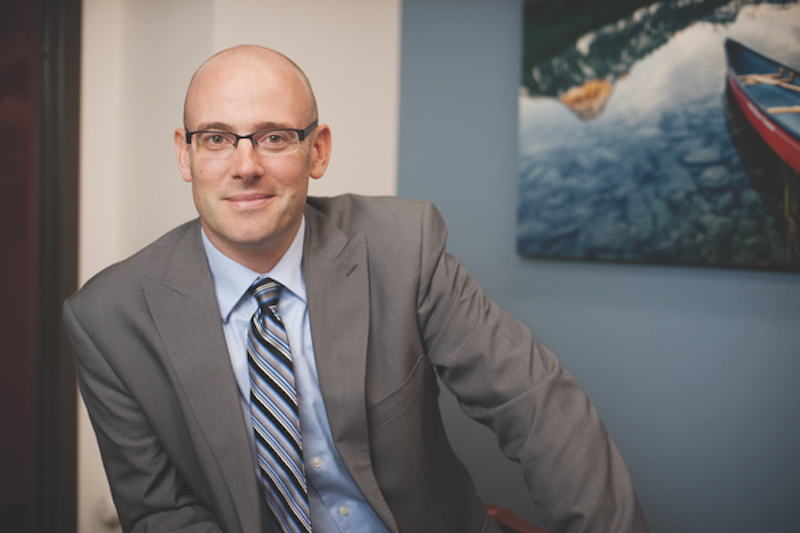 In nearly every neighbourhood, in all parts of Canada, the hourly wage needed to afford an apartment rental is far above minimum wages and rising quickly.  There are no neighbourhoods in Canada’s biggest cities (Metro Vancouver and the Greater Toronto Area) where a full-time minimum wage worker could afford either a modest one- or two-bedroom apartment without spending more than 30 per cent of their earnings, which is Canada Mortgage and Housing Corporation’s income threshold for “Core Housing Need.”

When we talk about housing affordability, the focus is usually on home ownership. But one-third of Canadian households, or 4.7 million families, rent. Many of these renters—particularly those working at or near minimum wage, on fixed incomes or single-income households—are at risk of being priced out of modest apartments no matter where they look.

A new report released by the Canadian Centre for Policy Alternatives, Unaccommodating: Housing Rental Wage in Canada, determines the hourly wage a full-time worker must make to be able to rent an average apartment in 795 neighbourhoods across the country. Rental wage in each of Canada’s major cities can be found at an interactive website that maps cost by neighbourhood.

There are only 24 of 795 neighbourhoods (three per cent) in Canada where a full-time minimum-wage worker can afford to rent an average two-bedroom apartment, and in only 70 neighbourhoods (nine per cent) can they afford a one bedroom. One in four Canadians earn within $3 of their province’s minimum wage.

Among the study’s findings:

• Of the 36 metro areas in Canada, 31 have no neighbourhoods where a two-bedroom apartment—the most common type—is affordable for a minimum wage worker;
• Vancouver has the highest two-bedroom rental wages ($35.43/hour), followed by Toronto ($33.70/hour), Victoria ($28.47/hour), Calgary ($26.97/hour) and Ottawa ($26.08/hour);
• One of the most significant drivers of rental wage increases since the 1990s has been the drop in new purpose-built rental construction (apartments) in favour of condominium buildings;
• New federal government spending on affordable housing is having an impact, but annual unit construction will remain insufficient and far below the pace set in the 1980s and 1990s.
Across the country, skyrocketing rents for decent apartments show no signs of falling. Building more dedicated affordable housing would increase vacancy rates, cool rental prices and better accommodate the many people shut out of Canada’s overheated housing market.
Affordability for renters, not just home buyers, should be top of mind for all parties headed into  the federal election. In a country as rich as Canada everyone deserves a reasonable place to live. In too many communities, this is just not the case.
David Macdonald is a senior economist at the Canadian Centre for Policy Alternatives.