join us donate
LOG IN or SIGN UP
Liquid syntax error: Error in tag 'subpage' - No such page slug join
find a vendor
January 23, 2014

Music for the masses: Fighting for an all-ages venue in Vancouver 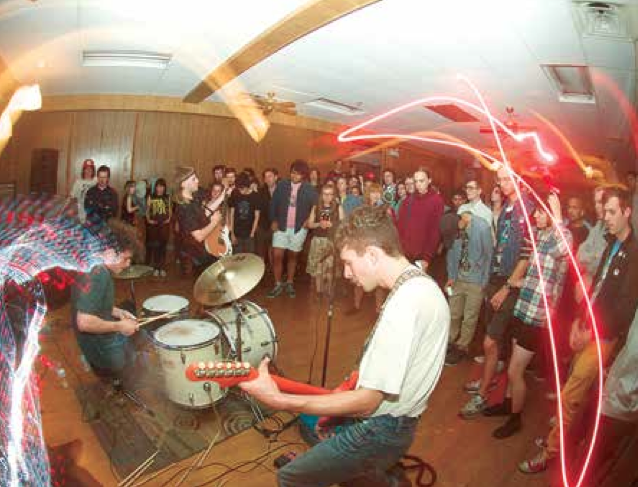 An all-ages show at SASStorino’s, a multi-purpose space at located the corner of Commercial and Venables, run by the Safe Amplification Site Society. Photo by Steve Louie/flickr.

In recent years, Vancouver’s arts community was rocked by local music venues shutting their doors: the Waldorf Hotel, Richards on Richards and the Red Gate, to name a few.

In response to the city’s rapidly vanishing performance spaces, a group of passionate musicians decided to take matters into their own hands and formed the non-profit Safe Amplification Site Society (Safe Amp). Founded in 2009, Safe Amp has sought to establish a “permanent, legal, sustainable, affordable and accessible music venue for people of all ages in Vancouver.” If approved, this initiative would provide spaces for Vancouver’s precarious cultural community to thrive, without the threat of being sold to real estate development companies.

In December, Safe Amp published a comprehensive 176-page feasibility study outlining the viability of creating longstanding music venues in Vancouver. The study examined why the need for performance spaces is necessary and found that in general they are in high demand, with 77 per cent of Safe Amp’s Community Consultation Survey respondents saying that there are simply not enough live music venues. Based on reports published by the City of Vancouver, the current infrastructure is insufficient.

The study also points to scholarly literature demonstrating that music is integral to a city’s cultural identity and, specifically for Vancouver, could help end the stigma of being a “no fun city.” Safe Amp wishes to open the doors of its music venues to include people of all ages as there are currently not enough places in which our city’s youth can participate in the arts, limiting informal learning opportunities achieved through “intergenerational and intercultural exchange.”

The study determined that a legal and sustainable site is crucial to the development of Vancouver’s arts and culture scene as archaic laws and regulations were often the root cause of many venue closures. The affordability and accessibility of music events, as evidenced in the study, demonstrates the importance of creating music venues in which concert organizers can put on a show and musicians can have the means to play, while also promoting public engagement with the arts.

Safe Amp’s goal is to open a temporary “stepping-stone” facility for roughly one year. From there, the non-profit group plans to campaign for support to create a permanent Safe Amplification Site to replace the existing temporary location—currently located at the former Astorino's space off Commercial Drive—and nurture the city’s vibrant arts community.