join us donate
LOG IN or SIGN UP
Liquid syntax error: Error in tag 'subpage' - No such page slug join
find a vendor
August 21, 2015
by Aurora Tejeida follow this author
photos: Stills courtesy of the Vancouver Latin American Film Festival.

Don’t ask Christian Sida-Valenzuela to explain what qualities set Latin American cinema apart from its North American counterparts. The movie lover and director of Vancouver’s Latin American Film Festival would rather you ask about specifics—he wants to talk about directors, about the years they made their movies, and about the countries they come from.

It’s not easy to characterize Latin American cinema with one word. After all, over 20 countries make up Latin America, and sometimes the only thing Latin American movies have in common is that the language spoken is Spanish, Portuguese or French.

One thing that can be said about Latin America as a whole is it’s a hub for cinematic talent. The top prize for directing at the Oscars has been awarded to Mexican men two years in a row. And it’s quite common for at least one Latin American film to be nominated in the Best Foreign Film category every year.

But while Alfonso Cuarón (Gravity, Y Tu Mamá También), Alejandro González Iñárritu (Birdman, Amores Perros), Juan José Campanella (The Secret in Her Eyes) and Fernando Meirelles (City Of God) are all widely known now, they all started out small. This is what the Vancouver Latin American Film Festival (VLAFF) is about. “Our main competition is new directors, which is directors that don't have more than two films under their belts,” explains Sida-Valenzuela. This year, eight films will be competing for the new filmmakers award that the festival hosts every year.

But the new director focus extends to films that are not in the competition, which is why most of the filmmakers featured in VLAFF are somewhat unknown—especially in North America.

Each year the festival receives upwards of 300 submissions for 50 festival spots consisting of feature-length and short films. And each year Sida-Valenzuela travels to different film festivals across the continent scouting for films.

“We love Latin American film,” said Sida-Valenzuela. Even though it’s very likely you’ll be dragged to a movie or two by your Latin friend, this festival is open to everyone, regardless of how good or bad your Spanish is.


This year’s festival spotlight is on Mexico. “Every time we have a spotlight, we have a retrospective on a filmmaker and this year it’s on Juan Antonio de la Riva. We also have a showcase of Mexican Indigenous filmmakers and a special presentation opening film that is also from Mexico,” said Sida-Valenzuela. The retrospective on Juan Antonio de la Riva will consist of films he made between the 1980s and the early 2000s. That era is regarded to be a low point in Mexico’s cinematic industry, but Riva beat the odds even then, producing films showcased in international festivals.

The festival will also feature a smaller showcase of work by Mexican filmmaker Luis Buñuel. He is most commonly known for his famous short film Un Chien Andalou (An Andalusian Dog) which he produced alongside Salvador Dali in 1929.

This year’s festival will also include 15 short films that are competing for a Best Short Film award and a selection of shorts produced by filmmakers from indigenous communities in Mexico and First Nations in B.C.

The complete 2015 VLAFF selection is available online and festivals programs will be available at all venues—The Cinematheque, SFU Woodward’s, Vancity Theatre, The FOX Cabaret and Douglas College—in mid-August. The festival runs September 3-13.

In the meantime, here are our picks for films you won’t want to miss this year. 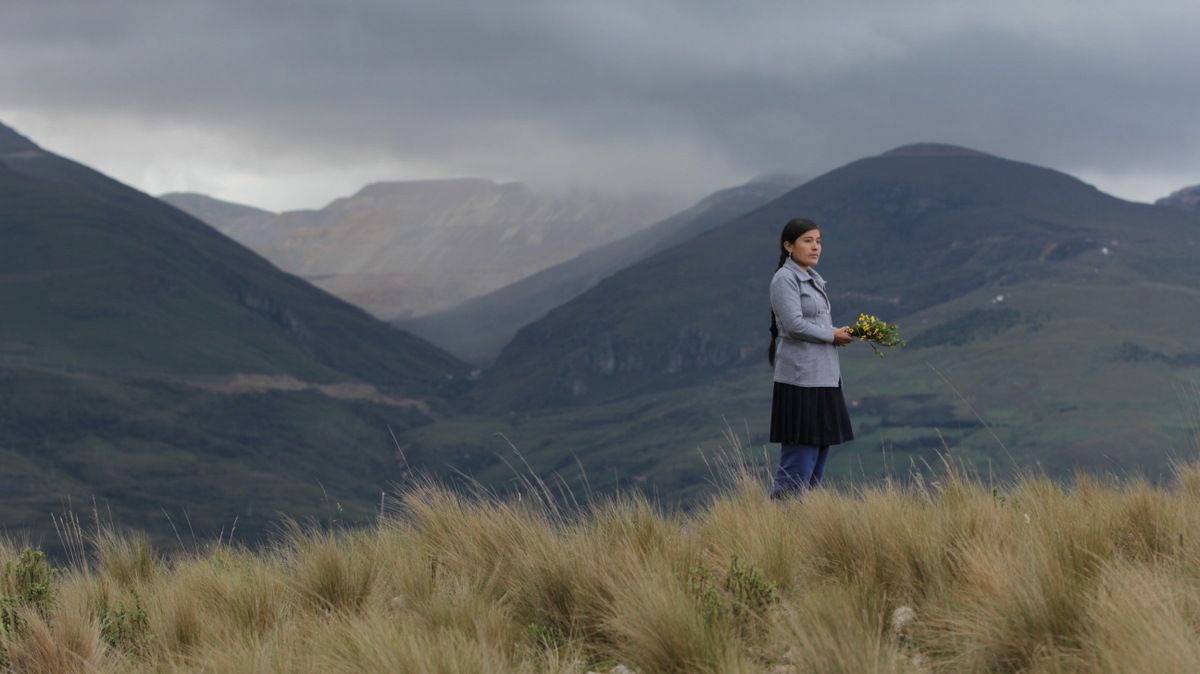 Daughter of the Lake — PERU
Directed by Ernesto Cabellos Damián

Perhaps the most relevant film in this year’s program, Daughter of the Lake examines the messy relationship between mining companies, Indigenous communities and the impending water crisis some are already facing.

Set in Peru, this documentary is about an Andean indigenous community struggling to stay alive after their lake starts to be sucked dry by a mining company that values the gold buried at the bottom of the lake more than the water it holds.

We follow Nelida, a young woman that has a spiritual connection with the lake, as she compels her community to protect the little water they have left. We also follow Bibi van der Velden, a jewelry designer that must come to terms with the destruction her industry is causing. Along with impressive aerial shots of the mine, as well as the startling contrast between rural and urban life, this film makes it clear that we have lost touch with reality when it comes to environmental destruction.

The film is shocking in the way it portrays how accustomed everyone has become to industrial environmental degradation. The lack of water is shot in a very matter-of- fact way; while it’s impossible for us to imagine what life without water would be like, dry wells are the new normal in this community. This is an important film to watch in the midst of widespread, record-breaking draughts.

Interesting fact: Most of the mines operating in Latin American are headquartered in Canada. 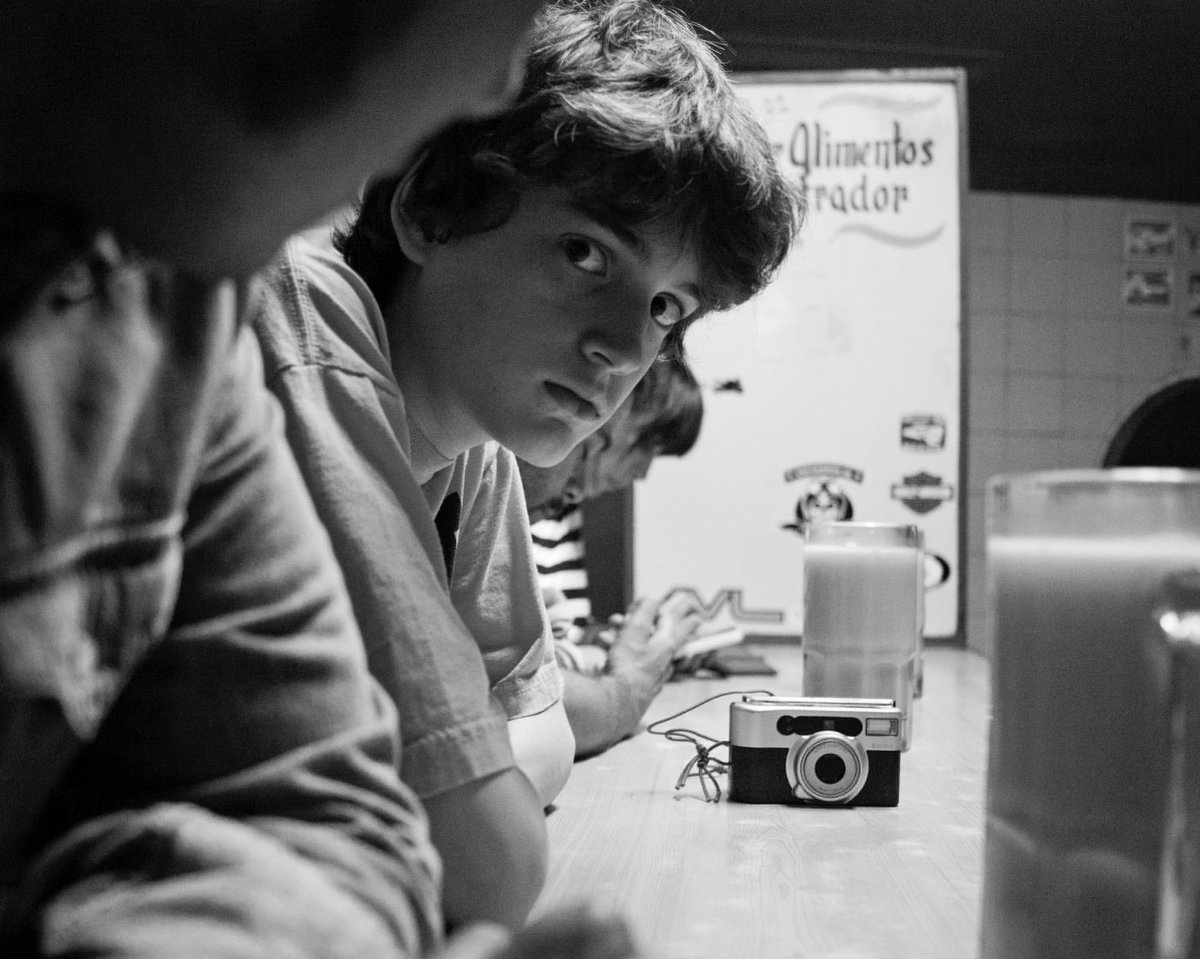 For a festival that prides itself in focusing on new and emerging Latin American directors, you can’t do any better than Güeros for an opening film. The Mexican production, which was shot in black and white, won best film and best director at the Ariel (Mexico’s version of the Academy Awards). Even though this is Alonzo Ruizpalacio’s debut film, many critics laud it as the best film to come out of Mexico in the last couple of years.

The premise is simple enough; Tomas is sent to Mexico City by his overwhelmed mother to spend a week with his brother,a university student that has been camped out in his apartment since a student strike broke out in the university.

When Tomas discovers iconic 70s rocker Epigmenio Ibarra is dying of cirrhosis somewhere in the city, he convinces his brother and his brother’s friend to go out in search for the mythical rock star. Along the way they find Ana, one of the student strike leaders, who ends up joining them on this strange journey. Soon enough, the film becomes a full on road trip movie inside the largest city in the continent and across all of its invisible borders.

Interesting fact: The movie takes place in 1999, which is when Mexico’s largest public university went on strike for almost a year following a tuition hike.

Like its name, this film lives in a space between cold hard truths and warm soft fantasies that can be swept away as soon as the next wave hits. Set in a beautiful Dominican Republic beach, Anne is an elderly French tourist who has been living in the Caribbean country for a couple of years. Like most Western retirees, she’s looking to spend the rest of her years relaxing and looking for pleasure.

In comes Noelí, a young Dominican woman who frequents the beach with her boyfriend looking to scam tourists. Upon meeting Anne, Noelí realizes the wealthy French woman is her ticket out of the island and to a better life in France. But while the affair might seem like a cold transaction, feelings start to turn murky as Anne falls deeply in love with Noelí.

This film, which is set to close the festival, is based on Jean-Noël Pancrazi’s novel of the same name.

While Mexico City might seem like a giant land of adventure in Güeros, in Gonzalez the city feels like an inescapable cage. Gonzalez is a loner living in one of the hundreds of apartments in one of the thousands of buildings in the city’s outskirts. He’s desperate for a job and he’s buried in debt.

The claustrophobia only grows as we see Gonzalez travel from his tiny room to the city’s core. From cramped buses to cramped subway cars to cramped streets, the camera follows Gonzalez through the crazy maze that is Mexico City and its sea of anonymous office workers.

Gonzalez eventually finds a job in a call centre for a Christian Church that promises the city’s poor salvation in exchange for what little money they might have. When Gonzalez realizes how much wealth can be made from exploiting the faith of the city’s most vulnerable people, he starts to become obsessed with being ordained as a pastor for this church.

At times harsh and depressing, this slow- burning thriller is scary in its portrayal of human nature. As we slowly watch the hero become the villain, it becomes painful to realize that even though the story is fiction, the church portrayed is as real as the terrible things we can do to one another, especially when our victims literally come running to our doorstep.