join us donate
LOG IN or SIGN UP
Liquid syntax error: Error in tag 'subpage' - No such page slug join
find a vendor
December 11, 2012 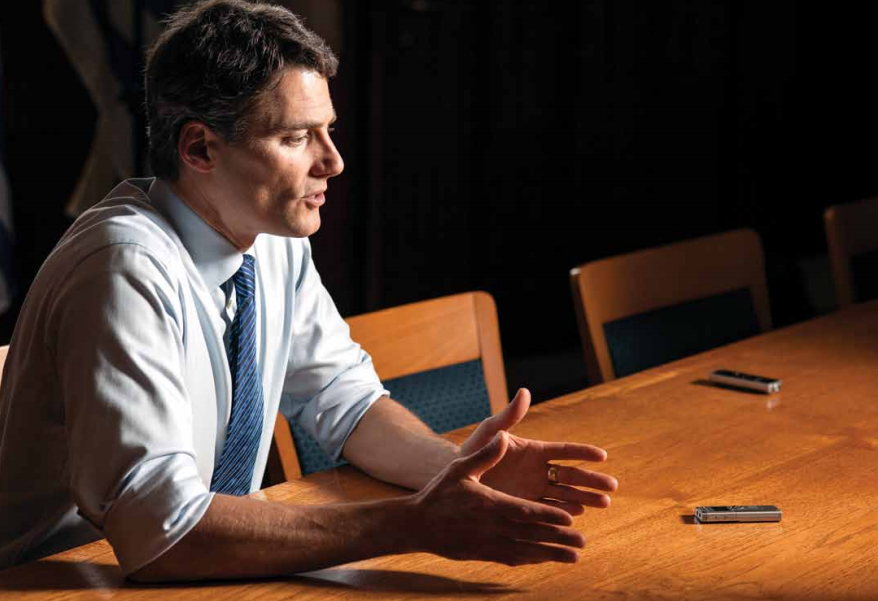 Ending street homelessness and creating more affordable housing have become two of Gregor Robertson’s key commitments since he was first elected mayor of Vancouver in 2008. As the head of one of the most unaffordable cities in the world, his housing goals are daunting but crucial.

There’s been an increase in the number of shelter spaces in the city since Robertson and his Vision Vancouver party came to power four years ago. But there hasn’t been  enough social and affordable housing to keep up with the growing number of people who are struggling to get by in Vancouver. The city is also grappling with increasing development in the Downtown Eastside while trying not to displace the community’s low-income residents.

Last month, Megaphone sat down with the mayor to talk about his plans to support the city’s homeless and lowincome populations, how he can get affluent neighbourhoods to accept shelters and social housing into their communities, and what will happen if the provincial and federal governments don’t provide more funding for housing. The following is an edited transcript of the interview.

Gregor Robertson: We need to keep building permanent housing and ensure we have adequate shelter space so that everyone has the option to get off the street. It’s very simple but it requires the commitment of provincial dollars and hopefully more federal dollars to ensure that shelter and housing options exist. We’ve built a lot with those partnerships in the past four years, but there’s still lots more to go. In the meantime, making sure there are shelters and interim housing options so that people aren’t stuck outside is key.

I’m hopeful that the B.C. election sees both leaders commit to ending street homelessness in B.C. by 2015. And we can spearhead that in Vancouver. We know we can get there. It just requires another bump up in the funding.

Once we have that capacity in shelters and interim housing, it’s fast-tracking the permanent supportive housing and social housing to make sure people can transition from shelters into homes as soon as possible. We have seven more sites with BC Housing to open over the next two years and we need a commitment beyond that for the next phase of social housing.

MP: Recently, the province and city announced it would set up four temporary shelter sites with 160 beds. One location, in Yaletown, has already drawn some controversy from residents. It’s very similar to the negative reaction the two shelters under the Granville Street Bridge received in 2009, which forced them to close due to residents’ complaints. What is the city going to do to communicate with communities so when a shelter or housing space opens up, the homeless population that moves in isn’t vulnerable to hostility?

GR: We’ve had really good success the last three years with winter shelters and everyone getting along well—and many people transitioning from those shelters into permanent housing. It’s been a great story. So it’s a concern that one proposed shelter site for this winter is raising alarms. I think we’ve made lots of changes since 2009 when the two shelters created issues. Since then it’s been relatively problem free.

I think neighbourhoods need to trust that this is important and has been successful for several years. And that’s work we’re doing in different neighbourhoods now. The downtown [shelter] is where the concern is now and we’ll work to resolve the concerns.

It is important for shelter residents to be accepted and supported within a neighbourhood. We’re very mindful of the challenges and I think the shelter residents have done their part to adapt to a new neighbourhood and not cause trouble for a couple years. I’m trusting that we’re going to work through this little hiccup with some downtown residents because it’s absolutely crucial to provide the shelter space.

MP: In the recently released report from your Task Force on Affordable Housing, one of the consistent themes was increasing density. If funding doesn’t come through from senior levels of government, how is the city going to ensure this new housing is affordable?

GR: It is really difficult for the city to do that alone. We end up looking at mixed housing projects, like 955 Hastings St., because the city’s only tool for funding social housing is using more density and market housing to contribute to creating social housing. Which is one tool to address the need. But ultimately we have to have more funding committed from the B.C. and Canadian governments. They’re responsible for housing and they’re not contributing enough to solve homelessness and ensure that low-income housing is in adequate supply.

We’ll keep pursuing every opportunity to get more affordable housing built but without provincial and federal funding, there’s no perfect solution and there’s unfortunate tension with the combo of more market housing in the Downtown Eastside. We’re working through that process with the Local Area Planning Process and trying to create a new threshold for a mix of housing [so] we can invest in the neighbourhood, protect the low-income housing we have and create more for those who need it. It’s a really tough predicament and the city’s been struggling big-time for the past decade. 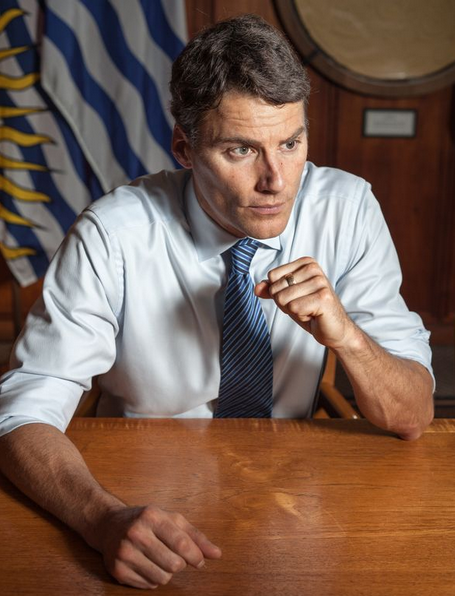 MP: 955 East Hastings St. and Sequel 138 [formerly the Pantages Theatre on East Hastings] are two developments in the Downtown Eastside where you’ve been able to get some social housing. But there’s been backlash from those worried it will drive up rental costs in the neighbourhood.

GR: It’s tough to assess the overall impact of mixed housing projects in the Downtown Eastside. There’s no question the neighbourhood needs a significant investment to fix up buildings and create new housing. It’s ensuring the mix is not pushing people out of the neighbourhood. Unfortunately, for some years, there hasn’t been enough social housing built at welfare rates and we’re behind the eight ball while we have market pressure coming in.

We can use that market demand to fund some social housing but that alone won’t address the problem. I think the fears around gentrification are justified if that’s all that happens. I’m hopeful that we will get renewed investment from the province, see buildings fixed up and new social housing built to make sure people who live there on low incomes and welfare can stay in the neighbourhood. But the neighbourhood is changing, like every neighbourhood in Vancouver.

We need to be mindful of those impacts and accept that change comes with positives too. We don’t need the neighbourhood to be in dire straights to feel like home to everyone. I think it’s ok to invest and improve and clean up our neighbourhood and have quality housing. I don’t hear people against that. But the math is very tough unless the B.C. government weighs in with their share.

MP: People want housing in the Downtown Eastside and some change is inevitable, but some argue that if you’re going to bring in more market housing, other communities need to accept more social housing. We’ve seen a lot of resistance in some neighbourhoods to even some very modest development proposals. How are you going to work with those communities to get them to accept social housing?

GR: I’d say there is generally more acceptance of social housing in all Vancouver neighbourhoods now. It was much more contentious years ago. We look at 16th and Dunbar as an example for supportive housing. I think the mood has changed and people across Vancouver understand we need, and thrive, with mixed neighbourhoods. It makes a neighbourhood healthy and real.

But resistance can emerge with any project, from high-end condos to supportive housing. It’s all trying to find the right fit of new housing with an existing neighbourhood. It may not relish the prospect of change. That’s our job at City Hall, to strike that balance. It’s never easy; every proposal has some drawbacks. We just try to work through to get the best result in the end. That’s the reality of building a city.

I’m heartened by a broader acceptance of people of all walks of life and the much less contentious ranker around having social housing in more affluent neighbourhoods. It’s good to see that shift but it’s an ongoing challenge.

MP: How do you make this a regional mission, so you don’t have Vancouver taking on the brunt of building affordable housing?

GR: We hope to see other cities around the region work hard to create more social housing. It was great to see Coquitlam open a shelter. They had significant blowback and they worked through it. To their credit, Mayor Stewart and their council said, “This is necessary.” When the rest of the cities around regions step up, it eases the pressure on Vancouver. Otherwise, we end up having to struggle through the change.