join us donate
LOG IN or SIGN UP
Liquid syntax error: Error in tag 'subpage' - No such page slug join
find a vendor
October 25, 2012 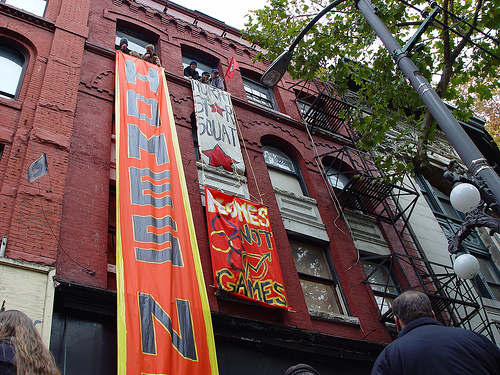 As two members of the Mayor’s Task Force whose backgrounds are in low-income housing issues, we are proud to have participated on the Task Force over the past nine months. The proposals that are being recommended represent a significant step forward for Vancouver city hall, as they will create new affordable housing while enabling a greater level of fairness and equality with regards to where and how new housing is created in Vancouver.

With the release of the final report from the Mayor’s Task Force on Housing Affordability, there has been a flurry of media coverage about some of the  specific proposals. These include pilot projects to create narrower streets to allow more housing in single-family neighbourhoods like Marpole, as well as allowing more rental townhouses and row houses closer to transit lines.

The media focus up until now has been on policies that are likely to impact wealthier neighbourhoods, ones with large amounts of single-family homes. This overlooks how the Task Force’s report has put forward several policies that will directly help low-income renters, particularly in areas like the Downtown Eastside, Mt. Pleasant and Strathcona.

The two of us combined have spent over 75 years working with low-income groups in Vancouver, from Nathan’s work establishing Little Mountain Neighbourhood House in the 1970s to Karen’s role as the executive director of Lookout Emergency Aid Society, creating housing solutions for homeless adults.

We are united in our belief that many of the ideas advocated through the Task Force will strengthen low-income communities, create affordable housing for people at risk of homelessness and enhance protections for existing buildings.

Vancouver’s high housing costs don’t just impact people who want to own a house in Dunbar or Collingwood. They impact low-income people—students, seniors and young families, many of whom are on fixed incomes. High housing costs, combined with aging rental and co-op housing, put pressure on vulnerable people, whether it’s a lack of available housing or the threat of renoviction.

The City is strongly committed to ending street homelessness by 2015, and has a 10 year homelessness strategy in place. The Task Force’s work complements that, by addressing the segment of the population right beside those who are homeless or in shelters—people who are renting, but can just barely make ends meet. They don’t need health supports, but they do need quality, affordable rental housing to allow them to go to school, work in the city or raise a family.

The Task Force proposes the City expand the creation of row houses and town houses into more neighbourhoods, provided they are affordable rental or are sold at 20 per cent below market value. It recommends leasing city land to develop new non-profit and co-op housing, and creating a City “Affordable Housing Authority” to get projects going.

Another key piece was to continue seeking 20 per cent social housing in large developments—but when senior government funding isn’t available, seek out ways to get affordable rental in place with the hope that many of these units can be transitioned to low-income housing over time, as mortgages are paid down or funding becomes available from senior governments.

This will allow us to avoid what happened in North False Creek—sites designated for social housing have sat empty for years, because there is no funding from other levels of government.

Collectively, these policies are intended to create new supply—to add more rental housing so that people can get off wait lists, have more choice in where they live, locate closer to where they work and ease the intense demand that drives rents up. The key piece is that the housing be affordable.

The Task Force focused on people whose incomes range from $21,500 for an individual, up to $86,500—less than the median income for a Vancouver couple. Affordable is defined as 30 per cent of a household’s income within that spectrum.

But supply is only one piece of the puzzle. Thousands of people live in substandard rental housing. These low-quality units often have leases set to expire, or the owner threatens renoviction.

That’s why the Task Force set out very clear policies for how we can protect and enhance this housing.

We’ve also recommended identifying all of the non-profit and co-op leases set to expire, and that the City start working on protection strategies now in cooperation with tenants and their neighbours, and seek one-for-one replacement with renovated or new affordable non-market units.

This work adds to recent initiatives launched by the City of Vancouver, such as a rent bank, and a new online rental building watchlist, set to go live early next year.

A key piece is to ensure strong community support—which is why the City is continuing its work with community partners on a new Downtown Eastside Local Area Planning Process that will guide planning decisions in that community for years to come. The City is also in the midst of new community plans for Marpole, the West End and Grandview Woodlands, all of which are home to large amounts of low-income housing.

Like other members of the Task Force we will be watching for and supporting the implementation of the recommendations that will ensure a more inclusive city for years to come.