join us donate
LOG IN or SIGN UP
Liquid syntax error: Error in tag 'subpage' - No such page slug join
find a vendor
December 10, 2012 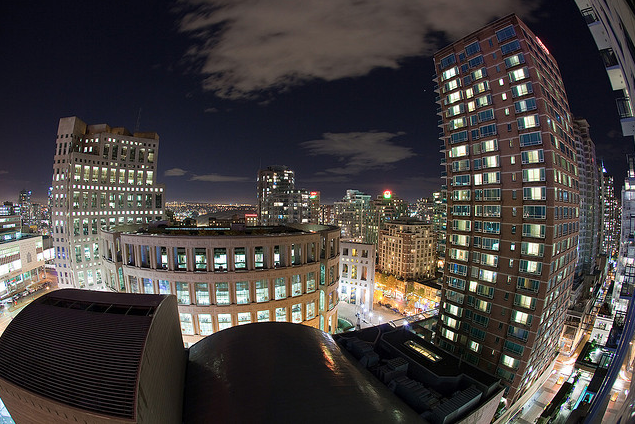 Renters and low-income people are being displaced from neighbourhoods across the city, whether Mount Pleasant, Killarney, the West End, Marpole, the Downtown Eastside, Strathcona or Grandview-Woodlands.

The effects of displacement are felt disproportionately by women, students, seniors on fixed incomes, aboriginal people, immigrants and people with disabilities. These are the people who work Vancouver’s low-paying service industry and manufacturing jobs. They are the parents of our 100,000 children who live in poverty.

Megaphone recently published an opinion piece by Karen O’Shannacery and Nathan Edelson, writing as members of the mayor’s blue-ribbon Task Force on Housing Affordability, which argued that the task force’s recommendations will benefit residents of Vancouver’s low-income neighbourhoods.

However, this is disingenuous. All through the months spent working on the mayor’s report, politicians and city staff repeatedly stressed that the recommendations of the report won’t help low-income people and that, instead, other policies, such as the Housing and Homelessness Strategy, are designed to help these communities. The report explicitly limits its scope to helping people with incomes between $21,500 to $86,500. If past implementations of city policy, such as Short Term Incentives for Rental (STIR) Housing program, have set any precedent, a majority of the housing built will focus on the upper-end of this spectrum. This part of the rental market is already filled by market condominiums. Almost half of them are rented out after they are purchased.

What isn’t being created is real affordable housing, rental or otherwise. It’s also of concern that the task force recommendations are already being used to undermine the efforts of neighbourhoods that are fighting to preserve existing affordable housing stock. The Downtown Eastside, Marpole, the West End and Grandview Woodland are about to complete community plans. These are all traditional working class Vancouver neighbourhoods with a high proportion of renters and the highest percentage of affordable rental stock.

As community members said in Katie Hyslop’s news article in the most recent issue of Megaphone, the Downtown Eastside Local Area Planning Process isn’t working to stop gentrification and displacement. The city even used the mayor’s report to justify the approval of the rezoning of Wall Financial’s huge market condominium complex right in the Downtown Eastside. This project will have massive impacts on the community and the majority of community members were against the project.

Why didn’t the task force listen to the renters in these neighbourhoods?

Is this why there’s so little in the report that addresses the shocking situation of low-income renters in this city? Although there’s been increasing public attention on renovictions, there’s nothing in the mayor’s report aimed at halting them. Vancouver’s municipal government needs to take some responsibility and adopt more progressive policies if we want to turn around increasing rents and homelessness numbers.

The Coalition of Progressive Electors (COPE) has proposed some solutions in its Housing Affordability Report, which was released at the same time as the final report of the mayor’s task force. One of the items in COPE’s report is for the City of Vancouver to create a Public Housing Authority that builds and manages city-owned housing units, an idea that was also in the party’s election platform both in 2005 and 2008. We applaud the inclusion of this idea in the city’s report, but we hope that the housing authority board will have a more representational composition than the mayor’s task force did. Namely, the board should be composed of community representatives accountable to those who live in the housing.

COPE’s report calls for a strong definition of affordability, and for adoption of the historically successful inclusionary zoning policy of one-third social housing, one-third affordable housing and one-third market housing in new developments.

Another solution has been proposed by the Carnegie Community Action Project (CCAP). CCAP has been calling on the city for years to start buying land in the Downtown Eastside so that it can be used, hopefully sooner rather than later, for 100 per cent social housing projects. The city should be buying land in the Downtown Eastside, as well as across the city. Penny Gurstein, the Director of UBC’s Planning Program, proposed a tax on real-estate speculation at a recent Women Transforming Cities Café on women’s experiences of the affordable housing crisis.

To create real progressive and successful policies that will solve this crisis, we need to ask the people who are affected by it. We need to ask women, Aboriginal people, immigrants, students, youth, single parents, low-income families, service sector workers and seniors what they think the city should do.

Ellen Woodsworth is a former Vancouver City Councillor who works for social justice, economic equality and environmentally sound planning. Sean Antrim is a writer, housing activist, and is currently the Executive Director of the Coalition of Progressive Electors.