join us donate
LOG IN or SIGN UP
Liquid syntax error: Error in tag 'subpage' - No such page slug join
find a vendor
September 17, 2013

OPINION: The debate on housing supply is really about Monopoly 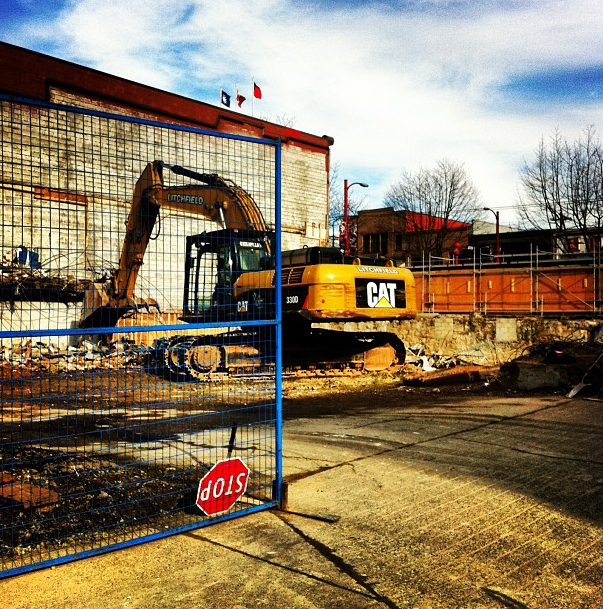 Bob Ransford has recently published yet another article in the Vancouver Sun repeating his mantra that the affordability crisis in Vancouver is caused by a lack of private development. The logic goes as follows: Demand for new housing is exceeding supply, yet the people of Vancouver are preventing affordability by fighting against the development industry’s bid to add more supply. “The solution is simple,” writes Ransford, “more supply equals more affordable housing.”

In the midst of an affordable housing shortage, including a virtual freeze on the construction of non-market housing, it goes without saying that Vancouver needs more housing. The question to ask, however, is do we need more private housing development?

After decades of increased housing prices, growing household debt and growing urban inequalities, now is a good time to re-evaluate the role of the private sector in providing one of the basic necessities of life: housing.

The myth of the competitive market

Ransford, like every other real estate developer, reiterates that the housing market in Vancouver is a perfectly competitive market in which more supply naturally equals “more affordable housing.” However, if we take a glance back at the last decade of condominium production in Vancouver, a very different market emerges to the one envisioned by Ransford.

The consistent pattern is that in any given year it is only one, two or three developers who produce over half of the new condominium supply. By any measure of market concentration, Vancouver’s condominium development market qualifies as a highly concentrated market. In the language of economists, Vancouver’s market has an oligopolistic structure, making it prone to the same dynamics of a monopoly market.

The key characteristic of a monopoly is that the supply and price are geared towards the extraction of “superprofits.” The board game Monopoly has popularized this general understanding that real-estate development can tend toward concentration of power into the hands of a few firms. In practice, this means that as the number of firms on a market diminishes, each firm gains increased “monopoly power” to set prices and control new supply.

Economists use the language of “price takers” and “price makers” to describe the difference between the competitive firm and the firm with monopoly power. Price makers tend to push the price levels ever-upwards, regardless of demand, in a perpetual drive for higher profits. As with the board game, the race comes to an end when only one or a few players canyless and financially strangled.

Unlike the board game Monopoly, however, the few small developers in Vancouver’s market do not necessarily lose out—just like homeowners. In a monopoly housing market system, even the small developers can charge the inflated monopoly prices. This means that all developers with political connections and the legal right to build can benefit from the constantly increasing prices—unless of course they actually start producing to meet the actual demand.

Condo developers are seasoned in the art of controlling supply whether it is by holding on to their empty land banks or deferring the sale of their latest units. This logic of oligopolistic production was recently made evident with the business decisions of London Drugs Ltd. with regard to their Alba condos on East Hastings. In an interview with the Georgia Straight, the president and CEO of London Drugs, Wynne Powell, explained that his development was temporarily halted by the company due to “too many condos on the market today.” Powell continues: “There’s no financial trouble with us, this is not a question of we don’t have the dollars to do it—we could easily develop it. It’s just a prudent decision of when you want to bring something to market.”

The developer regularly portrays itself as the party of Yes on the side of development, progress and growth, while painting their neighbourhood opponents as the party of No that is “afraid of change.” On the other side, neighbourhood activists often see the development industry as out-of-control and in its search for “unlimited” development. Both views are misleading. The industry as a whole is fundamentally opposed to dramatically increasing overall supply above current levels and forcing down the prices—the inflated housing bubble would crash and the super profits would disappear.

Ransford, of all people, knows this. He has stakes in the development industry as the former vice president and current spokesman for Century Group, the same developer that was planning to destroy and build on the Marpole Midden. That is why, along with other real estate boosters, Ransford has been pushing to reframe the housing crisis in a way that blames the very tenants and residents who suffer most from it. Ransford’s strategy is to single out Vancouverites for “opposing change” while deflecting all criticism and responsibility from the real estate monopoly.

Today we have to ask the question: is the lack of supply of affordable housing the fault of the people of Vancouver, or is it the fault of the developers? It’s time to look at real alternatives around world, like Vienna, where 60 per cent of the city’s population lives in municipally built, owned or managed housing. The rents are low and the quality of the housing is much higher than in Vancouver. Vienna is consistently voted “the world’s most livable city.” That alone should inspire us to take super-profits, rent-gouging and landlordism out of the housing market.

It is creative solutions like Vienna that make us realize that we don’t need to rely on the condo monopoly to solve the housing crisis.

This article originally appeared at TheMainlander.com.