join us donate
LOG IN or SIGN UP
Liquid syntax error: Error in tag 'subpage' - No such page slug join
find a vendor
September 28, 2012

OPINION: The privilege of the journalist 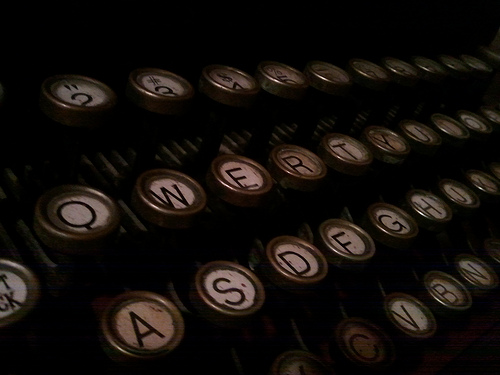 Vancouver’s Downtown Eastside (DTES) is a frequent topic of media coverage. Often referred to as “the poorest postal code in Canada” — not true, it barely makes the top 10 — the area is the boogeyman of the Vancouver media.

The DTES is often constructed as an entity separate from the rest of Vancouver; many hold it at a great distance from their day-to-day life. Factors such as our country’s colonial history and insufficient funding to social services are often ignored when discussing the DTES, resulting in an inaccurate representation of the area and its residents.

We are affected by what we consume, as are our opinions. Newspapers and television sell to a voting populace. Rapid-paced mediums like Twitter and Facebook too often value quick hits over critical consideration. Whether it’s through a reputable newspaper or a personal blog, it is crucial we realize our representations of others have an impact. So let’s discuss privilege and what it means in this context.

Privilege can be defined as a system that distributes unearned advantages to certain members of society due to their membership in a dominant group. Layers of privilege intersect and shape the experiences of every individual and community differently. We see various intersections of privilege throughout Vancouver, even changing from neighbourhood to neighbourhood, from West Van to the West End to the East Side.

In White Privilege: Unpacking the Invisible Knapsack, author Peggy McIntosh creates a checklist to assess her experiences she took for granted as a person of privilege. She identifies that “I can turn on the television or open to the front page of the paper and see people of my race widely represented” or “I can choose blemish cover or bandages in ‘flesh’ color and have them more or less match my skin” are true statements because of the colour of her skin.

As white, middle-class citizens with able bodies, we (the authors) both experience great amounts of privilege within our daily lives. We are not nor have we ever been marginalized residents of the Downtown Eastside.

As young queer women, we sometimes experience oppression and struggle to have our opinions heard. Neither of us can speak to the experience of being a person of colour; an upper-middle class man of colour cannot speak to being a lesbian woman of colour living in poverty. Though facets may overlap, each combination results in a unique experience of the world.

When one group that experiences the privileges of the dominant culture decides to speak for those that have not lived with those same advantages, we begin to see the needs of marginalized communities being sacrificed for the demands of those in power.

We saw legitimate demands of communities portrayed as resistance from a few rogue radicals during anti-Olympic protests, and the antigentrification movement continuing to be packaged and resold as resistance to “progress” and “urban renewal”. We see the DTES simplified either as the city’s problem child rampant with addiction and despair or as a close-knit community filled with “sunshine and smiles.”

This essay isn’t about the Downtown Eastside, however; it’s about acknowledging privilege that is too often witnessed silently in this city. An analysis of privilege must be at the forefront of media representation, which upends the myth of “unbiased” journalism. All journalism is quietly and often deafeningly biased. People do not drop their entire history and experiences because they have a recording device in hand.

Situating oneself as a writer or photographer in relation to one’s subject and reflecting on the power dynamics within that relationship are essential if journalism and photojournalism are to be ethical, socially responsible and responsive fields. A crucial part of that is challenging the entitlement to speak for others, stepping back and putting yourself and others with privilege under the metaphorical, and at times literal, spotlight.

The title of journalist, writer or artist cannot be used to tread unethically wherever titleholder pleases. Sometimes we need to set aside the ego and recognize that we are not the best people to be telling this story. Instead, listen to marginalized communities and individuals already speaking and writing about their experiences; situate yourself within systems of oppression that push people to the margins and attempt to hold yourself accountable; surround yourself with people who nurture and challenge you to grow in your antioppression values, and contribute to that growth in others; and utilize your privilege to create spaces for marginalized people to represent themselves.

What does this mean when we talk about the DTES? It means we need to listen to people on the margins tell their stories, instead of shouting over them to keep ourselves comfortable. It means we need to be critical of media (starting with this essay!) — ask yourself who is speaking and who is being heard. Check your privilege when you’re entering new spaces. Remember that your voice may not be required and listening can be a more effective and ethical means of social change. And carefully consider whether it is your place to speak to the issue or whether there is someone more qualified by their lived experiences to articulate it instead.

Hilary Smith is a queer feminist writer who runs thefemiwriter.tumblr.com.