join us donate
LOG IN or SIGN UP
Liquid syntax error: Error in tag 'subpage' - No such page slug join
find a vendor
March 21, 2011

Opinion: What’s stopping us from helping the homeless? 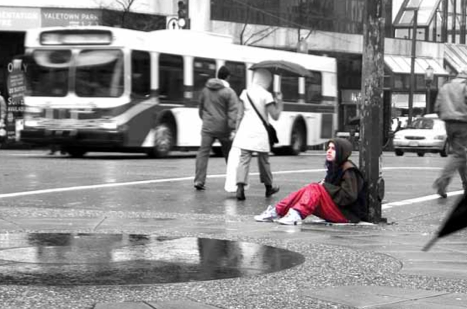 Recently the Interfaith Alliance to End Homelessness, of which First United Church is a part, issued a call to the leadership candidates of both the Liberals and NDP to tell British Columbians where they stand on the issue of homelessness.

Despite reasonably good media coverage, the response from candidates was limited. The leading NDP candidates have indicated a willingness to participate in a public forum addressing questions around homelessness and affordable housing. From the Liberals, however, there was nothing but silence. In fairness to them, the timeline was short.

Regardless, it seems to me that an opportunity was lost to reassure the community and the public that yes, indeed, there is someone vying to be the next premier of this province who understands that worrying about whether you have a roof over your head is not the same thing as worrying about whether a tax is going to stay or go. Every citizen of this province should be assured that they are entitled to a decent place to live. I wonder why it is so hard to get that assurance for those who are among the most marginalized in Canadian society.

Perhaps it has something to do with fear. Planner Dora Epstein describes the way we create a landscape of fear in the cities we inhabit. Certain places become associated with certain dangers; certain people become identified as Other—those who occupy these places of danger.

Beliefs about such places and people, often left unchallenged, are reinforced over and over again in the stories that are shared individually, in the attention paid to these places by the social sciences (like planners, psychologists and sociologists) and by media. This cultural memory, imbedded in the very fabric of the city’s collective unconscious, shapes the conscious decisions that are made about certain areas of the city and the needs of residents.

Collectively, residents of Vancouver and the Lower Mainland hold such beliefs about the Downtown Eastside. Many believe that this is an unsafe place to be, a neighbourhood that should be “cleaned up”, an eyesore that damages our reputation as one of the most desirable cities in the world to live.

While I acknowledge that there is troubling violence on the streets of the DTES—much of it is directed at those who are the most vulnerable—I am also aware of the vibrant nature of this community. This is a neighbourhood full of grace, able to embrace a diversity of people. There is wisdom and kindness here, qualities not often acknowledged by those who do not frequent its streets.

Are the responses to this neighbourhood shaped by fear? One wonders when talk about “affordable” housing doesn’t seem to include enough places for those who are struggling on minimum income assistance; when the fight to maintain a housing stock for low-income people in this neighbourhood seems like trying to hold a line that is constantly forcing one backwards; when collectively we can’t seem to get it together to have a constructive conversation and work together to create a planning process for the whole of this neighbourhood. There seems to be fear in the air. Not just among the decision-makers—in all of us, including those of us who care passionately about what happens to this neighbourhood.

The Liberal leadership race is over and Premier Christy Clark has now taken over the reins of government. With her arrival comes the shifting of cabinet positions and the setting of new priorities for the provincial government. The issue of homelessness and the lack of affordable housing will continue to be raised by those with a concern for this community.

If fear of this neighbourhood, and especially of those who live in it, unconsciously shapes decision-making, then that fear must be named. To not do allows it to continue to exist in the shadows. Like the small child whose fear of the imagined creature under the bed is exposed by turning on the lights and peering into the unknown, the fear of the Downtown Eastside has to be confronted. Only then will the needs of this neighbourhood’s most vulnerable citizens be addressed fully, rather than in part, by those with the power to make a difference.

Sandra Severs is Deputy Executive Minister at First United Church in the Downtown Eastside. She can be reached at [email protected]