Opinion: Why the proposed mega-casino is a bad bet for Vancouver 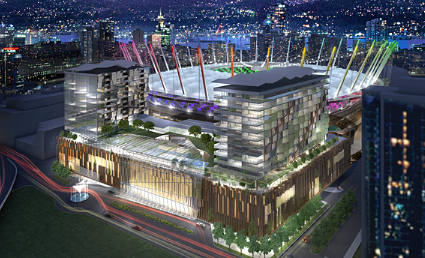 Almost a year ago, the province finalized a deal with Paragon Gaming of Las Vegas to build a major hotel and entertainment complex with a casino attached to BC Place. The proposed mega-casino would be home to approximately 1,500 slot machines, and be the largest of its kind in Western Canada.

It’s become a polarizing issue that crosses traditional ideological lines. The casino represents the point of intersection in a complicated Venn Diagram of civic issues, including the moral and social implications of gambling, revenue generation, use of public space, political jurisdiction, organized crime and, inevitably, the old game of partisan politics.

While this is a provincial project (it’s on provincial land and technically exempt from city zoning), the BC Liberals have recently let it be known that they will not overrule a Vancouver City Council vote on it. A lot is in the hands of the councillors, perhaps explaining why the public hearing and vote have been postponed time and again.

The impending vote has made for great political theatre (if you enjoy that sort of thing) as NPA stalwarts have come out strongly opposed to the project, putting the ruling Vision party councillors in a difficult position. But, in all likelihood, the vote approving the casino is a done deal.

Sadly, the debate over gambling and slots came and went 20 years ago (the battle against them was lost in the 1990s, as Vancouver introduced slot machines to the city). No matter the distaste British Columbians may have for negative social impact of gambling are, from addiction to financial loss, it is difficult to close the spigot of gambling revenue generation once it’s been opened.

Perhaps the most disheartening part of this entire debate is where revenue from the casino will be headed. The city already agreed two years ago that any profits the province got from developing the land would be used only to pay for the $500-million plus upgrade to the BC Place roof.

And so the mega casino will become another (neon) example of an absurd kind of corporate welfare. Rather than have the millions of dollars flow towards social infrastructure—be it affordable housing, education, health care or arts and culture— the dollars generated on the backs of citizens (and tourists) will instead go towards paying off a stadium roof for, primarily, a pair of professional sports teams.

Funding sports franchises and events are, by and large, a failed model. We’ve seen it south of the border, where cities and states have bankrupted themselves in the name of building new private stadiums without a public ownership stake, and we’ve seen it with our own Athlete’s Village development.

Professional sports have not proven to create sustainable jobs beyond seasonal minimum wage affairs, nor has it been proven with any sort of authority that sports teams or mega sporting events have any positive lasting financial impact.

To gamble that Vancouver will be any different is a total waste.