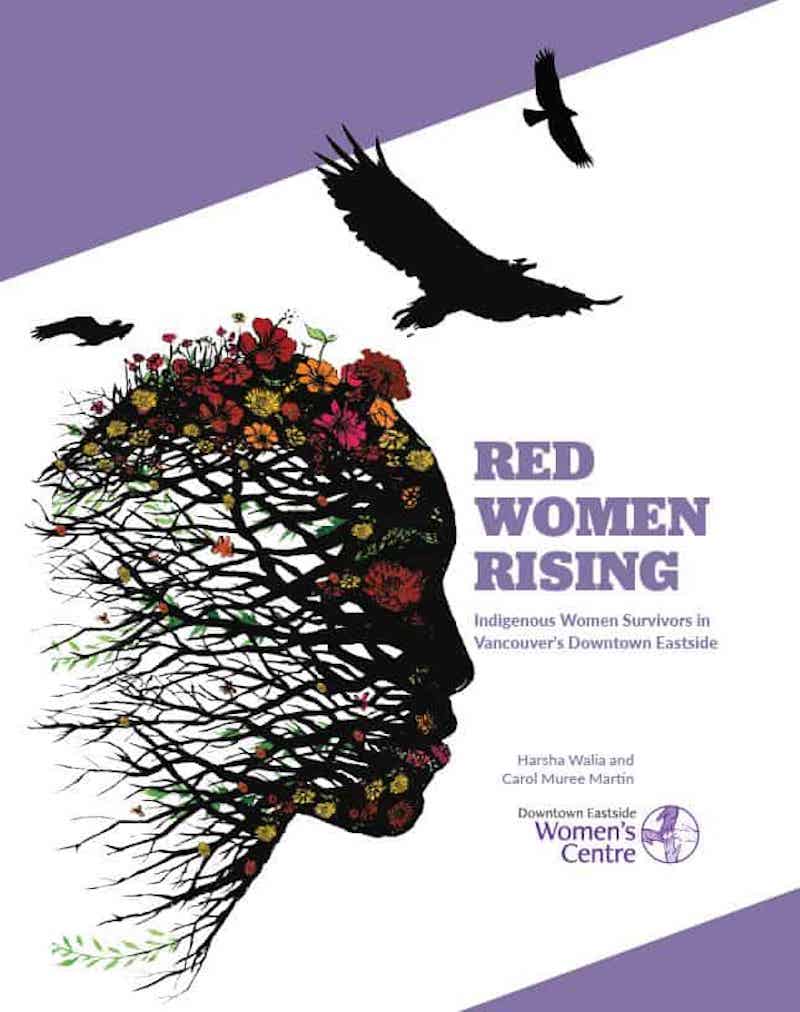 A groundbreaking report by the Downtown Eastside Women's Centre paints a dismal picture of the ongoing systemic ab use of Indigenous women.

A recent study released by the Downtown Eastside Women's Centre (DEWC) is shining a bright light on the ongoing violence inflicted on Indigenous women in Canada.

While Canada's attempted cultural genocide of Indigenous people through the residential school system officially ended in 1996 when the final school closed, the ramifications of the trauma experienced by 150,000 First Nations, Inuit and Metis children continues to this day.

When Indigenous women are cited in the studies that produce the data however, it is usually as anonymous figures of over-representation—for example, how they represent 45 per cent of homeless women in the city, or within a singular issue study, such as housing.

Critics point out that this strips Indigenous women of their humanity and reduces their issues to black-and-white problems, which is rarely how their lives actually work.

Compiling 128 stories from members of DEWC, the report features the names, faces and personal stories with the lived experiences of the women, keeping them at the centre of the study and holding them as key knowledge-holders in the report. Compiling their experiences with an extensive collection of personal accounts, the study details how society is set up to harm Indigenous women.

"It's not just about institutional racism, it's more than that," says Walia of the plight of Indigenous women. "It's part of a much larger project designed to systematically, at every level, dispose, displace and perpetuate the attempted genocide, specifically against Indigenous women. So when we see [these issues] together, we start to see how they're connected."

Originally delivered to the National Inquiry for Missing and Murdered Indigenous Women and Girls, the recommendations evolved into a report once the DEWC became concerned their local issues would be lost amidst the noise of the massive inquiry, which issued its final report to the federal government June 3.

Red Women Rising puts forward 35 key recommendations to improve Indigenous women's lives, and Walia believes the recommendations should not be separated and viewed on their own, but rather taken in totality.

"These are inter-related systems that can't be separated out," she says. "That's part of the intention of this work. It can't be siloed into these single issues. For housing, for example, so much work focuses on getting women housing, but without looking at how housing intersects with child apprehension...This has to be connected. Women who need housing who get put into single-resident housing can't get their kids back."

The report highlights how Indigenous survivors are often blamed for their circumstances while the systems that harm them are ignored.

Walia says this is a problem that Canada intentionally created and she believes it is important for all Canadians to view themselves as complicit in both allowing the violence against Indigenous women to continue and not acting to elicit change.

This complacency includes living in a country which is wealthy because of resource extraction and hydroelectric dams built on First Nations’ land while Indigenous Peoples are forced off of their unceded traditional territories without compensation, notes the report.

Priscillia Tait, DEWC board member and a Megaphone vendor, participated in Red Women Rising by sharing her experiences with homelessness while she was a young mother in the 1990s.

"I hope [Red Women Rising] will show how we, as Indigenous women, are humans, not statistics," she says. "I am sick and tired of the media stereotyping people in the Downtown Eastside. So many of these women have hidden talents, whether it is beading, or writing, or creating, and encouraging their creativity will help them with the trauma they're going through."

Pushing for women's right to safe and adequate housing is still close to Tait's heart. While she struggled to find housing, she was terrified the Ministry of Children and Family Development would apprehend her 18-month-old son, and she struggled with high levels of stress and feelings of being an inadequate mother.

"Those months were the equivalent of a lifetime, but it was a journey and a stepping stone for where I am today," she says in the report.

Other women detail experiences of violence, drug use, murders of family members and abuse by the police. These raw, unedited stories were often the first time the participants had a chance to chronicle their lives, says Walia.

Suzanne Kilroy, who is a residential school survivor and also a Megaphone vendor, is featured in Red Women Rising, contributing a powerful account of her experiences.

“I live for all my sisters who died and I stand up for all the women who can't stand up for themselves," she says in the report.

Anyone who reads Red Women Rising should take care not to view Indigenous women through a lens of charity or victimization, says Walia. Instead, she invites readers to consider that colonial structures should be scrutinized for how they are designed specifically to harm Indigenous women.

In Red Women Rising, 17 different women refer to the systemic ongoing violence and disempowerment as genocide, Walia notes. When issues are studied as one-time events, the big picture is lost.

“But these issues are all deeply inter-connected and a comprehensive solution needs to acknowledge that,” Walia says.