"We Remember the Joys of Ukraine" 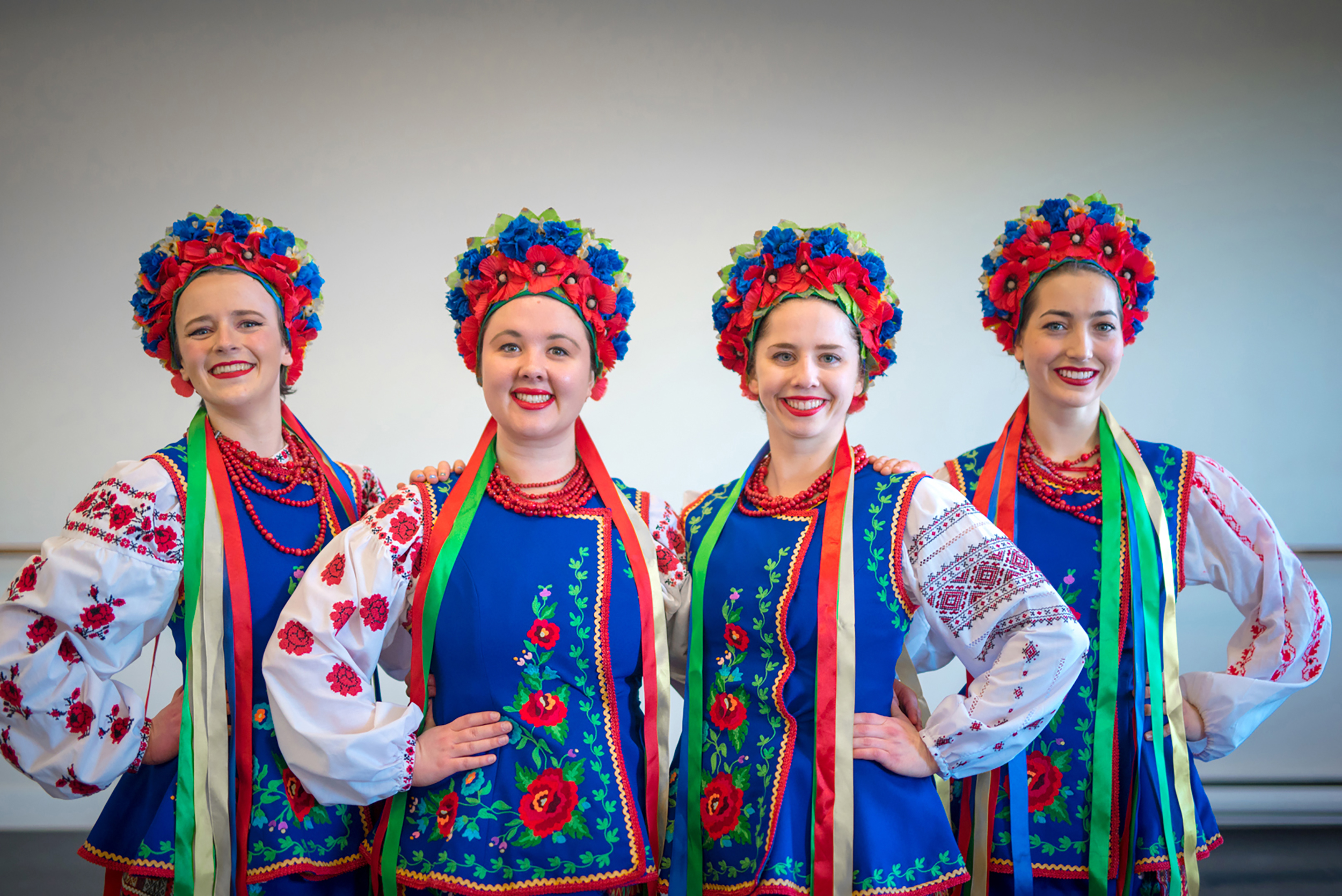 As Russia’s brutal military invasion of Ukraine continues, forcing millions to flee the country and killing hundreds, members of a group of Ukrainian performers based in Victoria, B.C. are showing their support—and strength—through dance.

The Veselka Dancers are practising their Ukrainian dances as a way to raise awareness of not only the war, but to the role that Ukrainian dance has played in past struggles. The invasion has also encouraged some dancers to reflect on Ukrainian settler history and colonialism in Canada. 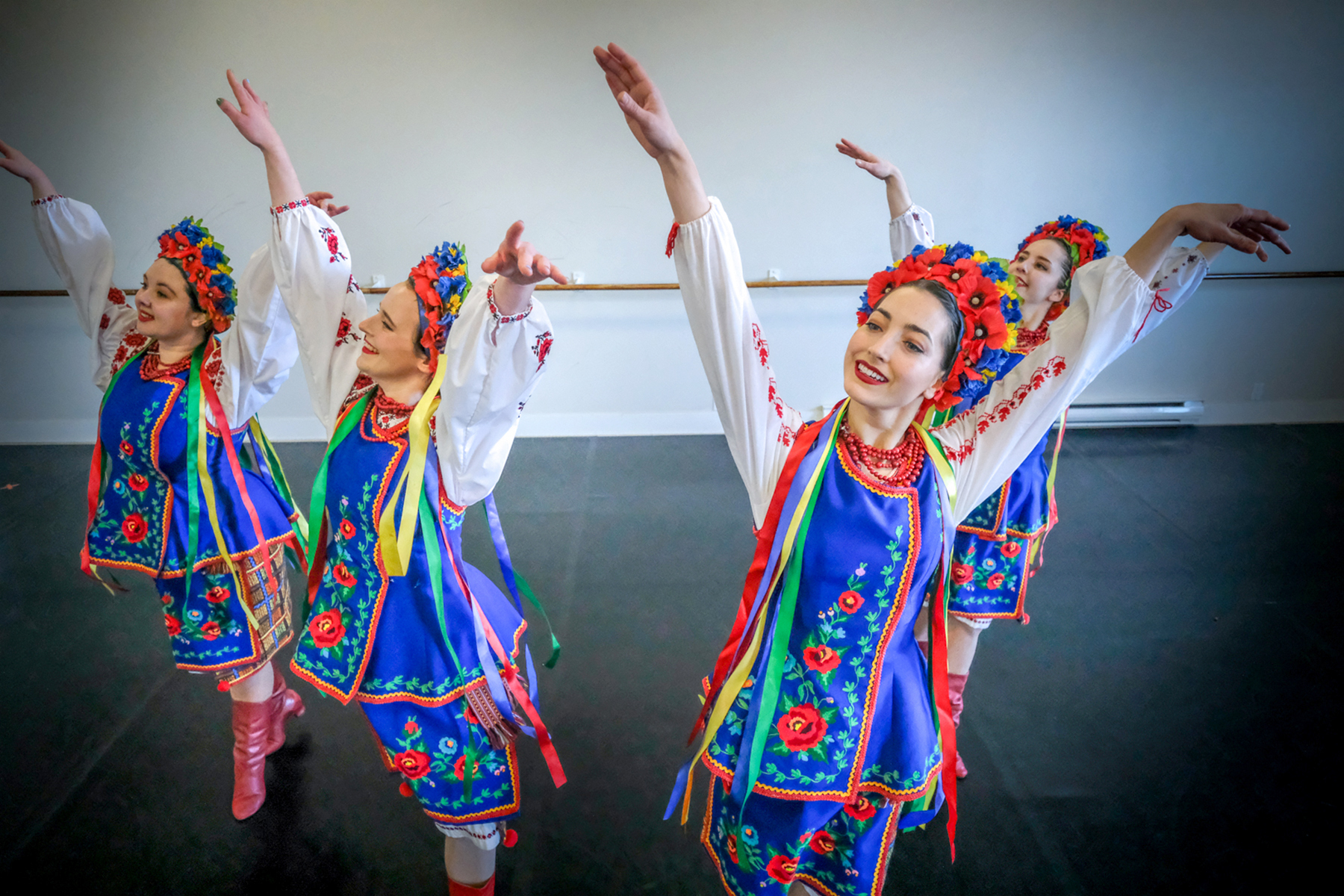 “During the Soviet Era, in displaced persons’ camps and in the diaspora, Ukrainians historically danced as a form of support for their relatives and loved ones back home,” the group told Megaphone in an email sent between busy rehearsals.

The Ukrainian word “veselka” translates to “rainbow,” which is represented in the range of colours displayed in their vinoks (the traditional wreaths and ribbons worn on their heads) and vyshyvankas (traditional blouses)—some of which were embroidered by the matriarchs of the dancers’ families.

Some of the traditional clothing worn by the dancers at a rally that attracted more than 1,000 people to the B.C. Legislature on Feb. 27 originated from the region of Volyn in northwestern Ukraine, which is currently under fire from Russia.

“Continuing to dance during the war in Ukraine reminds us of the strength of the nation and keeps our spirits alive and lifted,” the Veselka Dancers said. “We want to make sure that while there is so much sorrow and stress in the world, we remember the joys of Ukraine.”

Since the start of the invasion, the dancers have been attending local rallies and will be performing at upcoming benefit concerts to support Ukraine and to advocate for peace.

Larissa Edmondson, who has been a member of the Veselka Dancers for more than 20 years, said no one deserves war, and ordinary people bear the brunt—whether it be death and displacement of civilians, or suffering from economic sanctions.

“You can’t gamble with people’s lives,” she said.

Edmondson added that it is also important to be aware of all injustices happening across the world, because “in many ways, the war in Ukraine is not a unique story. We see this happening in countries all the time.”

The current displacement of Ukrainians has helped Edmondson reflect upon other historical violence that Ukrainians have experienced, as well as perpetuated.

“A lot of our histories as Ukrainian-Canadians are part of the diaspora that left during the hardships of the Austrian Empire,” she said. “So there’s a collective experience of being ostracized from your own home and fleeing in search of a, quote, ‘better life’.”

That better life was glimpsed in Canada’s promise of “free land” on the Indigenous prairies.

“There were advertisements to come and settle the land in Canada, which was of course highly problematic [as it led to] the displacement of Indigenous Peoples from their lands,” she said. 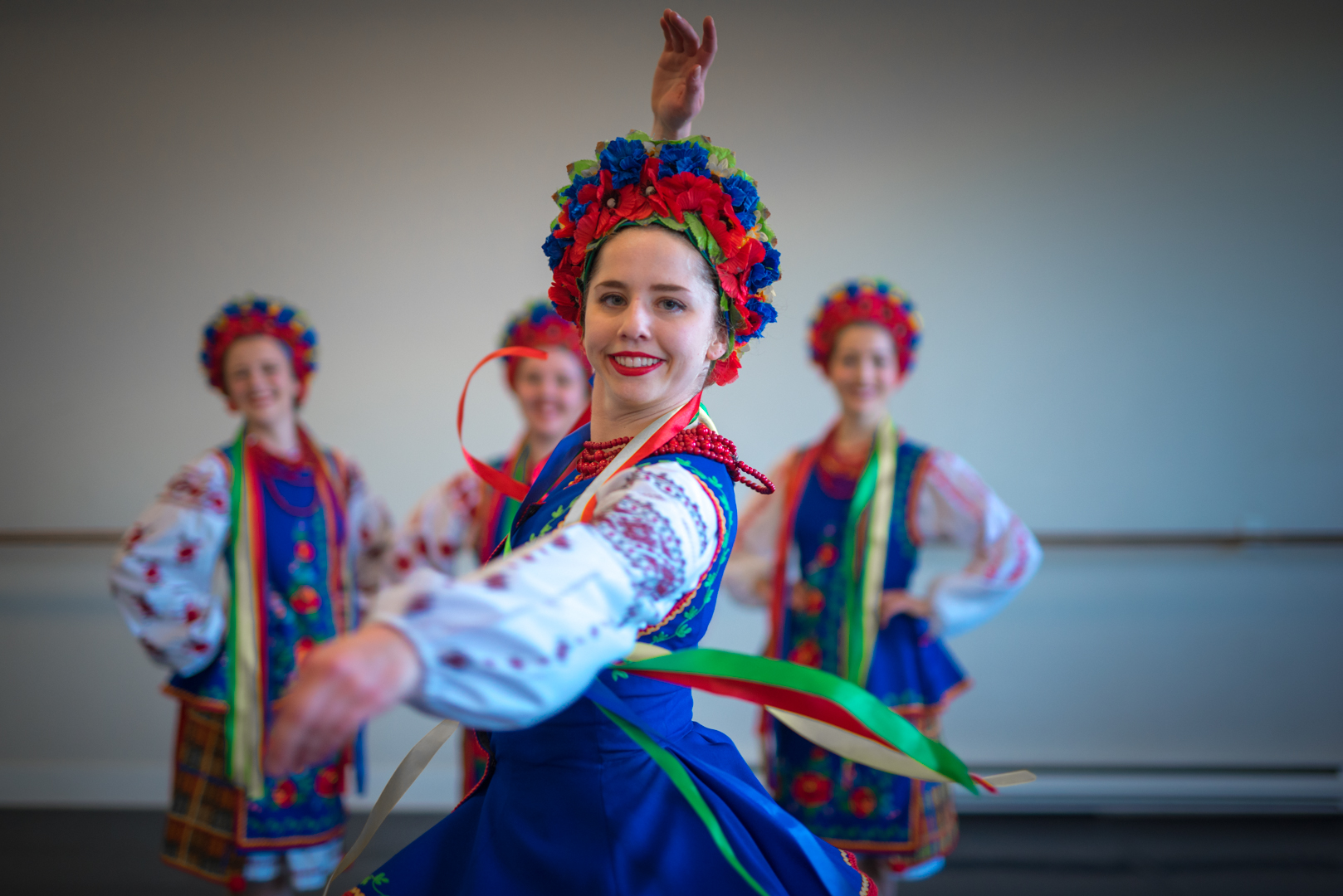 Edmondson said that at the same time the world collectively prays and mobilizes for Ukraine, it can also be a moment to reflect on where the privilege as settlers comes from.

“I think there’s a huge responsibility for Ukrainian-Canadians if they’re recognizing these feelings of displacement, that they apply that to where they are [now]. And when they are considering why they get to be here—why we find Canada to be “safe”—it’s because we did that to Indigenous Peoples.

“I think people now more than ever need to respect the sacredness of land and people’s connection to it. Most Ukrainians fleeing want to return to their land and their homes.”

Edmondson also pointed to the situations of racism that are currently being exposed by various European authorities, such as stopping Black and People of Colour who are fleeing the war at borders.

“The point of opening these borders is to keep people safe… and so there’s no need to [exclude racialized people]. It’s about getting people out of the country. People of Colour are diminished all the time in these situations of war and conflict… We must stop putting minority people into horrendous positions that risk their lives.”

Edmondson said that the Veselka Dancers are a welcoming group and that anyone can join, no matter their culture or background.

“The Veselka community is inclusive for people from cultural backgrounds beyond just Ukrainian-Canadians. I hope that pride of being connected to Ukrainian culture that is felt today is forever showcased through our dancing.” 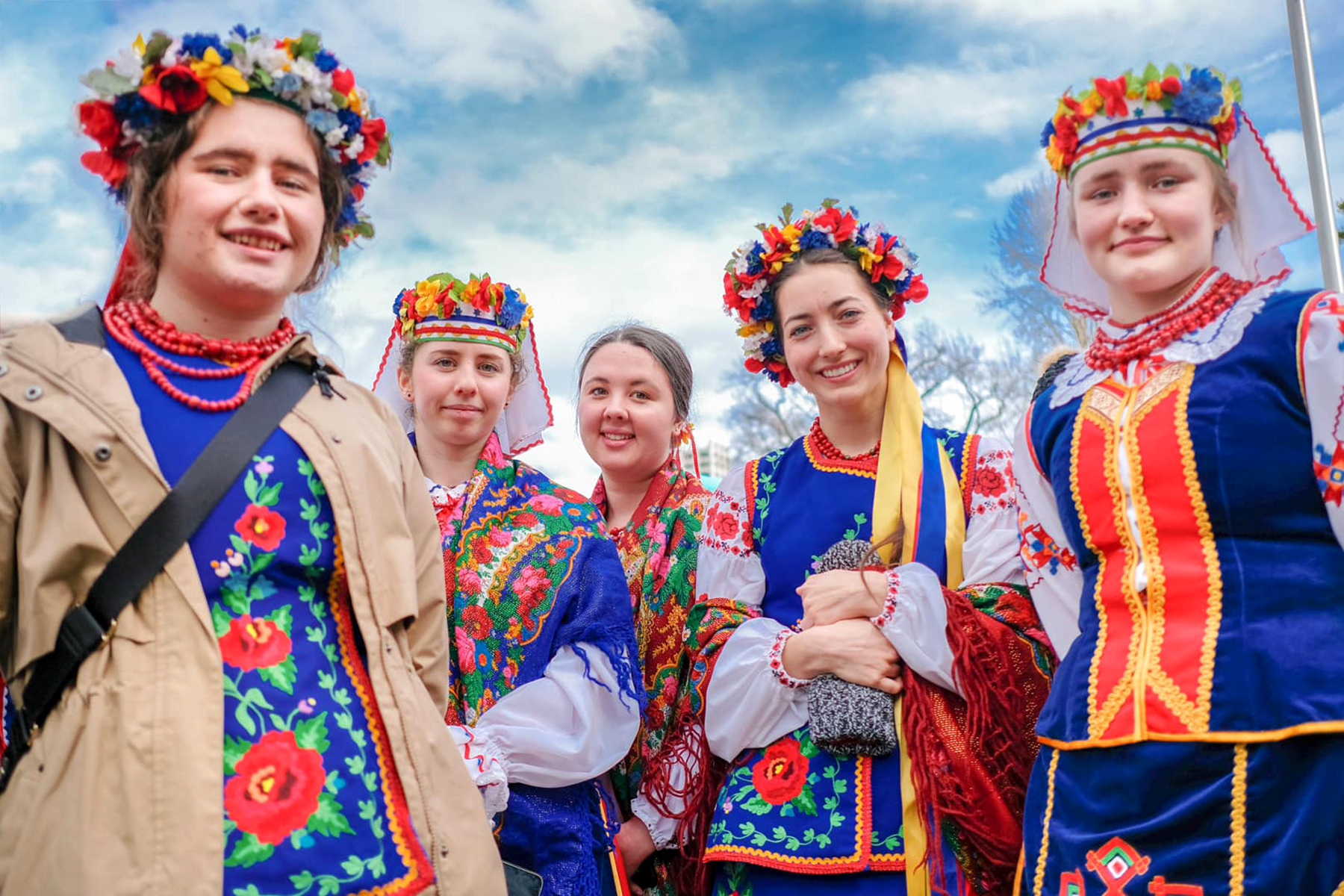 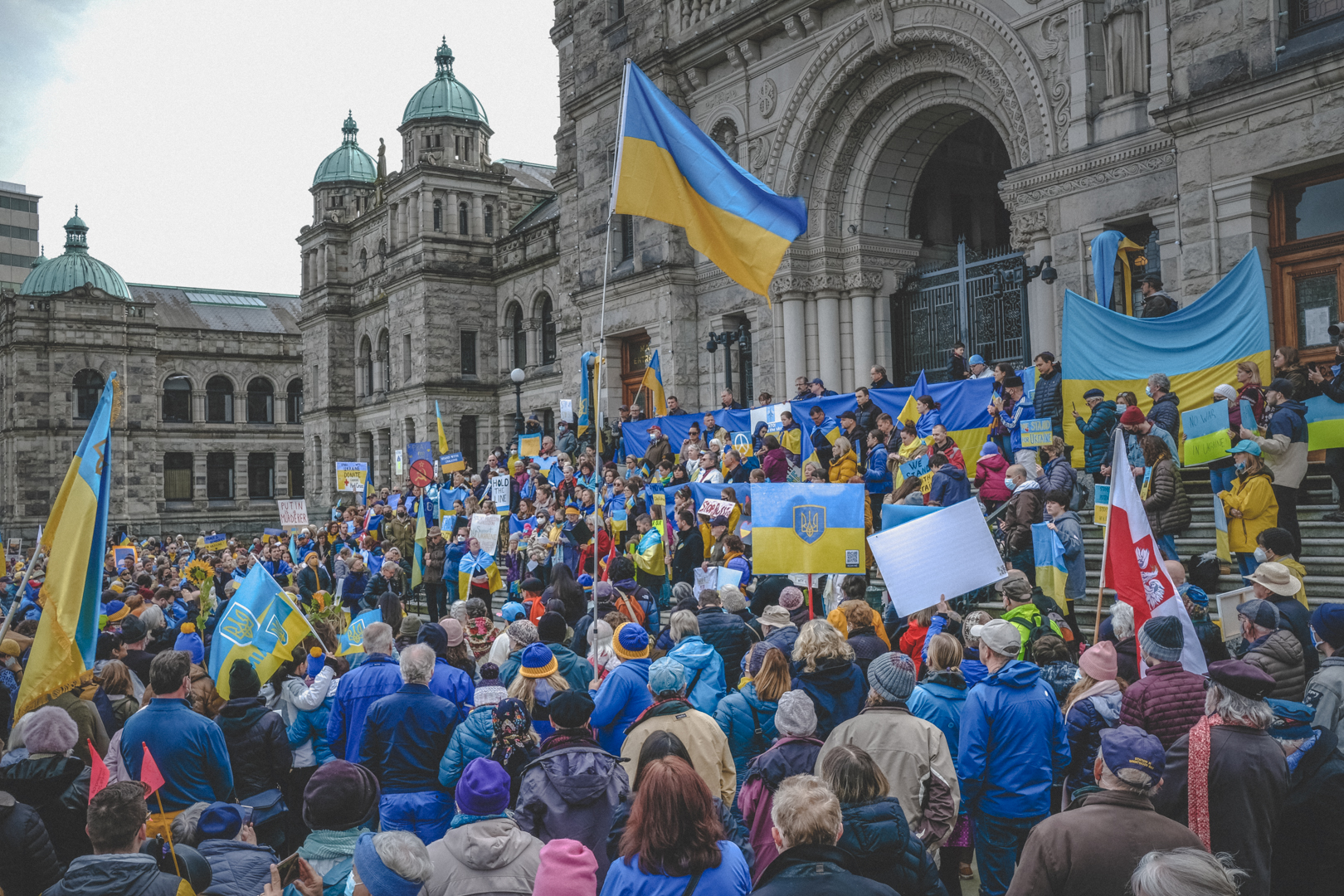