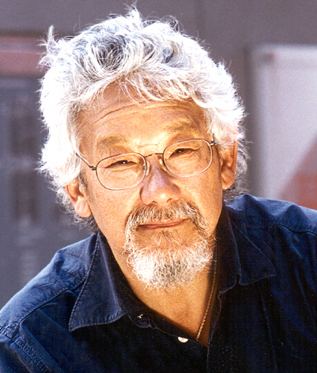 Mesothelioma is a nasty cancer that affects the lining around a person’s lungs. It can also damage membranes around the abdomen, heart and testicles. The prognosis for those who have it is poor. It causes close to 90,000 preventable deaths a year. More than 90 per cent of cases are attributed to asbestos exposure.

Asbestos is made up of tiny fibres that can be inhaled, penetrating the lungs. Because they are mineral-based, they can’t be broken down by the body’s natural defences, so they cause inflammation. The fibres also remain in the lining around the lungs, and over time—often 20 to 30 years or more—may cause mesothelioma or other diseases.

Because asbestos is a known carcinogen, it has been banned by more than 50 countries, including all members of the European Union. They appear to be getting along fine without it, probably because there are safe alternatives for construction, fireproofing and other asbestos functions.Canada and the U.S. have not banned it, but don’t use it much anymore.

Although Canada doesn’t have a domestic market for asbestos, we actively support the industry and promote exports to other countries, especially India. In fact, Canada is one of only a few countries that still exports asbestos. And despite these times of government cutbacks, the Quebec government has even stepped in to keep the industry alive by agreeing to lend the Jeffrey Mine in Asbestos, Quebec, $58-million to restart and expand.

The Jeffery operation is one of the two last asbestos mines in Canada, both of which were shut down last year. Proponents also hope to restart the other, Lac d’amiante du Canada in nearby Thetford Mines. Quebec has one of the highest rates of mesothelioma in the world.

Meanwhile, the Quebec and federal governments had been funding the Chrysotile Institute, an asbestos industry lobby group, to the tune of a quarter million dollars or more a year. Federal funding was axed last year and the institute closed earlier this year. The federal government has also blocked international efforts to have asbestos listed as hazardous—against advice from Health Canada—by repeatedly voting to keep it off the UN Rotterdam Convention, a treaty listing hazardous substances and requiring exporting countries to inform importers of bans, dangers and safe-handling methods.

Asbestos may be good enough for export to Indonesia and India, but not for the politicians who support the industry here at home. The federal government has spent millions of dollars to remove asbestos from buildings on Parliament Hill and from the prime minister’s residence. As for the stuff that will be removed from the Jeffrey Mine—more than 200,000 tonnes a year for the next 20 years—it will be sent to developing countries that may not adhere to safety standards for its use and handling.

Interestingly, the Jeffrey Mine’s owner had asked for a loan guarantee, but the government offered a direct loan. Maybe the private sector didn’t see much future in trading a known carcinogen that countries around the world are moving to ban. It’s particularly disappointing to see the Quebec government, which otherwise has a pretty good environmental track record, support a project with known negative environmental and health risks.

It also says a lot about the absurdity of an economic system in which creating a few jobs and boosting wealth is a higher priority than preventing cancer, protecting health, and having a clean environment. The Jeffery Mine re-opening is expected to create just over 400 direct jobs, each paying about $16 an hour.

Is such a small economic boost worth the misery and death continued extraction and exports will cause? Many health and environmental experts from here and around the world don’t think so. The Canadian Medical Association, Canadian Cancer Society, Canadian Public Health Association, Canadian Labour Congress and other organizations have called for a ban, with labour groups also asking for a just transition strategy for affected workers. Around the world, numerous health agencies, scientists and doctors, including the World Health Organization, have warned of the dangers of asbestos and have recommended banning it.

We must urge the governments of Quebec and Canada to listen to scientists, experts and the public and put the brakes on this deadly industry.