join us donate
LOG IN or SIGN UP
Liquid syntax error: Error in tag 'subpage' - No such page slug join
find a vendor
June 18, 2020

by Peter Thompson follow this author
photos: 'As an Indigenous person we’re taught whatever you take from the land you’re supposed to give back,' says Megaphone vendor Peter Thompson.

It's all about give and take 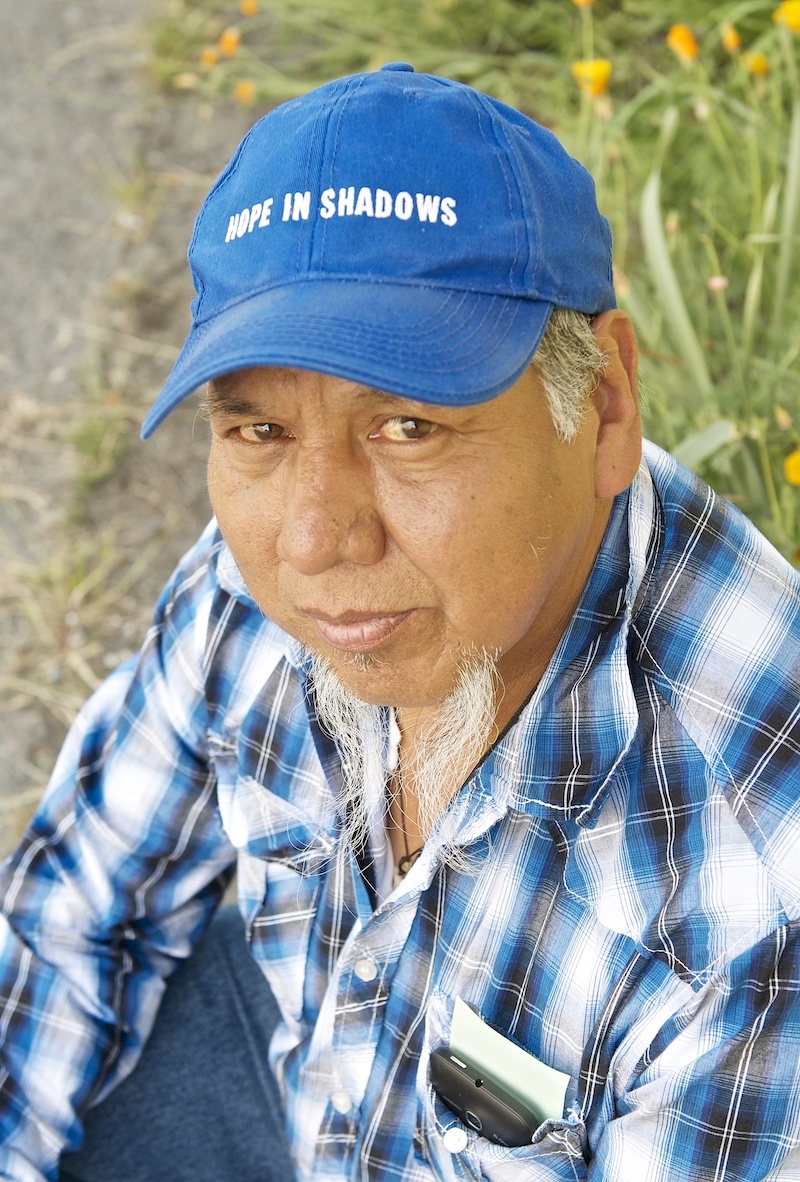 From a working logger to a concerned grandfather, Peter Thompson reflects on earning a living from the land while preserving the environment for the future. Megaphone file photo.

“I came down [to Vancouver] when I was logging, when logging firms were still around. I used to come down and get the jobs around here. I’d go out to camp, to Prince Rupert, wherever they would send me. I would go and work for 30 days in and 10 days out.

I started out setting chokers, I was a rigging slinger—that’s the one that holds the buck and he blows the whistles to the engineer, the one that sets the logs in. He looks after his whole crew, makes sure they’re out of the way and the logs get in and that they don’t get killed. I got hurt once. I got hit by a log on my leg… and that hurt. I didn’t break anything. I just didn’t move out of the way in time.

I started out [in work] as just a gas jockey—I was about 14—and I was making like 75 cents an hour. When I went to logging, it was a lot better because all summer long you could go work out in the bush and make good money. We started out at $7.50 per hour.

I was in there for about five or six years, logging. Then I went to college in Kamloops… I was a carpenter. But first I went as a tree planter too. One year I remember after the logging I went out tree planting. So that was from logging—taking from the land—to putting it back. And then making use of the land.

As an Indigenous person we’re taught whatever you take from the land you’re supposed to give back. And you don’t waste anything, you make use of it.

My thoughts on the [Coastal GasLink pipeline in Wet’suwet’en territory] is that this land is pristine land… they shouldn’t go through it, because for one it will ruin the land and the water, and it will ruin everything they got in there because of the fracking and the water that they use.

Fracking poisons the water and going through this land it will ruin everything. And that’s what the [Wet’suwet’en] people are fighting for. They gave the government and the gas lines a different route, but I think the way that they want to do it is to go right through Native land.

I think there could be a compromise here. There could be. There should be. Right now, they’re not listening to the Indigenous Peoples… ’cause what they do is they like to push—push, push, push. They’ll push the courts, they’ll push everybody. They even push Ottawa, the Parliament, to change bills… so that people can’t fight or can’t  protest.

The blockades and the protests are going to keep going until something real happens. People have a right to defend their land. [Prime Minister Justin] Trudeau says he’s got this rule of law. Well, why doesn’t he stand by it? Indigenous Peoples have their rule of law, and that’s defending their land and protecting their land rights, and their water rights, and every right that they have.

Long before the settlers came, we never had money. We lived on the land, we took from the land what we needed. The land was our medicine and everything. Whatever we didn’t have, we traded with other tribes. We didn’t “own” the land. Right now, [settlers] are destroying it and taking everything they possibly can.

As a grandfather… I think it’s going to get worse. That’s why I like to put money in [my grandchildren’s] accounts, as much as I can, so they’ll have something long after I’m gone. Education is the best [for them] in this world, because without it you have nothing. Whenever I get [Megaphone] money, I take it and divide it and put it into their accounts. That’s a start, anyway.”

Peter Thompson, 60, is Nlaka’pamux Nation and is a grandfather of three. He was born in Lytton, B.C. and has lived in East Vancouver for more than 45 years. He has been a Megaphone vendor for about 13 years and sells the magazine outside Whole Foods Market on West Fourth Avenue and Vine Street in Vancouver.