join us donate
LOG IN or SIGN UP
Liquid syntax error: Error in tag 'subpage' - No such page slug join
find a vendor
June 09, 2011 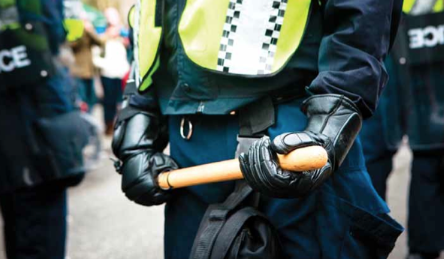 The newly minted premier’s announcement that British Columbia will finally get a civilian-led police oversight agency is a tremendous step in the long battle to make policing more accountable in this province. And while this new agency will go a long way in helping that cause, we must recognize its shortcomings and continue to push for reforms.

The debate over how to investigate com- plaints against the police has been raging in B.C. for more than two decades. Time and time again we have seen that when the police investigate themselves, they rarely find fault with one of their own.

In his 1994 landmark report on policing in the province, then-B.C. Supreme Court judge (and later to become Attorney General) Wally Oppal struggled with the issue of civilian oversight, ultimately recommending the creation of an independent police complaint com- missioner who could order inquires into flawed investigations.

But the commissioner’s limited powers, plus the fact that he had to rely on using evidence from the initial police investigation, proved the process was still flawed. Over the last decade there continued to be numerous cases, both in Vancouver and across the province, that raised serious concerns about police conduct and how the follow-up investigation was handled.

There was Frank Paul, a native man and chronic alcoholic who was unconscious when he was dragged out of jail and left to freeze to death in a Vancouver back alley. And there was the confused and frightened Robert Dziekanski, who unnecessarily tasered and tragically killed by four RCMP officers at the Vancouver airport in 2007.

In both cases, despite overwhelming evidence that showed fault with the officers, the investigating police officers managed not to find any serious faults. Thankfully, both instances led to public inquiries that ended up with calls for a civilian investigation agency—much like what currently exists in Ontario and Alberta.

Now, finally, in cases involving death or serious injury, B.C. police officers will be investigated by the civilian led-Independent Investigations Office (IIO). But the new office still has its faults. Instead of reporting to a provincial ombudsman, the office will report to the Attorney General—which could lead to political interference. And instead of giving the IIO powers to investigate a broader range of police conduct, it is limited to only the most serious of cases.

The new agency is a major improvement on the current system, but it is not perfect. And if we want to ensure that the police are held accountable for misconduct and keep working at changing a culture that has often acted as though it is above the law, we need to keep a close eye on the IIO and continue to demand improvements.