join us donate
LOG IN or SIGN UP
Liquid syntax error: Error in tag 'subpage' - No such page slug join
find a vendor
March 14, 2013

Pushing For Change: How do we help people help themselves? 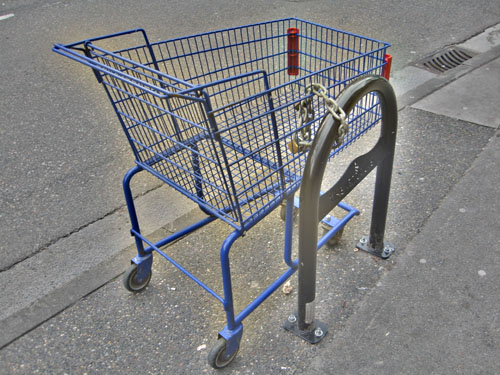 It’s hard to comprehend pushing a shopping cart from Calgary to Vancouver, especially if it’s filled with one’s belongings. But Joe Roberts did it in the summer of 2012. While Terry Fox and Steve Fonyo ran across Canada for cancer research, Roberts’ journey honours a struggle that many Canadians also face: homelessness and drug addiction.

Roberts, who has experienced both homelessness and addiction for significant portions of his own life, has since overcome those barriers to found The Push for Change, an organization designed to raise awareness and funds to help at-risk youth.

Roberts’ journey has not been without difficulty. There is one stretch of the Trans Canada Highway between Banff and Revelstoke where there isn’t a lot or room at the edge of the road. There is the physical exertion Roberts went through, pushing his cart up and down several hills of various grades. Plus there is a high volume of traffic between the two small cities, a lot being big trucks. Additionally, Roberts would have to deal with whatever weather was thrown his way.

Roberts is pushing his cart to bring light to his Push for Change Foundation, which is to help youth stay away from drug abuse and homelessness. When it comes to homelessness, various groups, agencies and individuals need to come together to knock heads to find practical solutions to keep homelessness at a minimum. But when it comes to drug abuse, only an honest desire to quit drugs will get the ball rolling to long-term recovery. “You have to go back to the root cause of what is causing these kids to sell themselves short,” Roberts told the media in 2012.

Personally, I wish Roberts the best. I think he is going in the right direction. Since the bureaucratic system is slower than a herd of turtles, people have to start helping themselves. Holding their hands and tucking them into bed every night is part of the problem, not part of the solution. With so many people looking for freebies and not taking responsibility for themselves, it’s all too easy for those wanting to help getting burnt out and becoming cynical. With taxes rising, increasing rents and mounting grocery bills, it’s getting harder to say yes to those asking for donations to go to charities.

I commend Roberts for his efforts. He is embarking on a cross-Canada Push for Change tour in May 2013. He will start in Newfoundland and work his way to Vancouver. He is an example of how individuals can spark positive change.

But I continue to ask myself the question, will anything we do make a difference? Poverty has become a megabuck industry. How much of the donations go into office administration or straight to someone’s pocket? Handouts are a temporary solution. To me, education provides longterm solutions.

Find out more at ThePushforChange.com.

Ron Murdock lives in Cranbrook, B.C. He has sold street newspapers in Edmonton, Saskatoon and Calgary, and was a regular columnist for Calgary’s Street Talk for over five years. He currently works several casual jobs and delivers The Kootenay Advertiser two days a week. He loves trains, dogs and writing in his spare time.