join us donate
LOG IN or SIGN UP
Liquid syntax error: Error in tag 'subpage' - No such page slug join
find a vendor
July 11, 2019
by Jenn McDermid follow this author
photos: Scenes from Misdirection (above) and Song Lang (right), both being screened at the Vancouver Queer Film Festival
feature 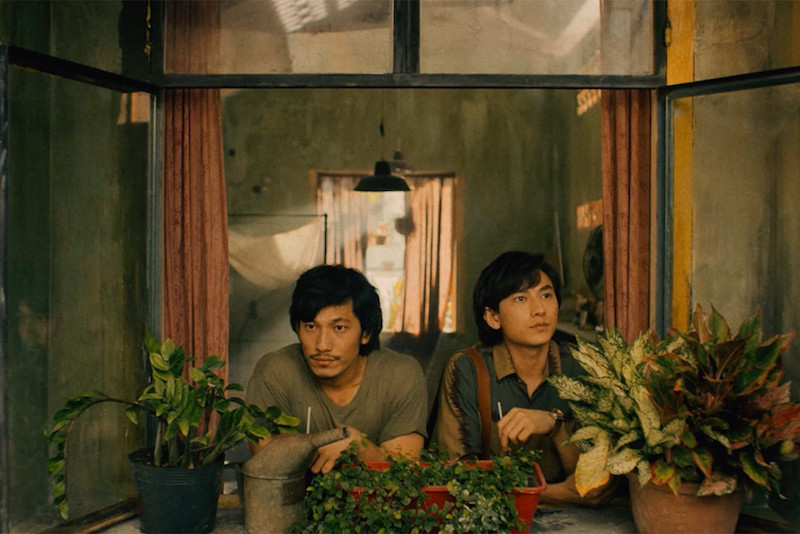 Now in its 31st year, the Vancouver Queer Film Festival features a program that pushes boundaries, takes risks and explores themes that are post-coming out.

In his feature, which debuted in 2018, Le recreates the Saigon of his youth using the relationship between a debt collector and and opera singer in an engaging narrative that reviewers have called “visually stunning” and “jam-packed with meaningful, accurate details.”

The layered tale is just one example of the complex stories being told next month as one of Canada’s premier LGBTQ2S+ film events comes to Vancouver.

Since 1988, the Vancouver Queer Film Festival (VQFF) has worked to create space for, and illuminate the voices of, queer, trans, and two-spirit folks. Now, the largest queer arts event in Western Canada, it has grown to become a cultural anchor in the city and one of the most recognizable celebrations of queer film on the planet.

The festival began as a response to Vancouver’s bid to host the Gay Games (a worldwide sports competition, also known as the Gay Olympics). Local artists from the queer community saw a need to create a counter arts and culture event, and came up with the idea of showing movies in unconventional spaces—such as living rooms, studios and community centres—throughout the city.

However, while the Gay Games were a one-off in Vancouver's history in 1990, the VQFF has persisted.

With a new year on the horizon, the 2019 program offers a diverse set of films that feature intersections of identities and experiences, with content ranging from mainstream to avant-garde.

“Our theme this year is See for Yourself,” says Anoushka Ratnarajah, VQFF'’s artistic director. “This is an invitation for people to see something that they wouldn’t necessarily see at first glance.”

The upcoming VQFF will include award-winning Opening and Closing Gala films, both of which are making their Canadian debut, as well as four distinctive spotlights that showcase different voices from the LGBTQ2S+ community: Coming Into Our Own: Youth Spotlight; Queer Kinship; A Higher Power; and projecting brilliance: a two-spirit showcase.

Although the 2019 program is jam-packed with not-to-be missed films and performances, there are a few standouts that Ratnarajah is especially excited to share. 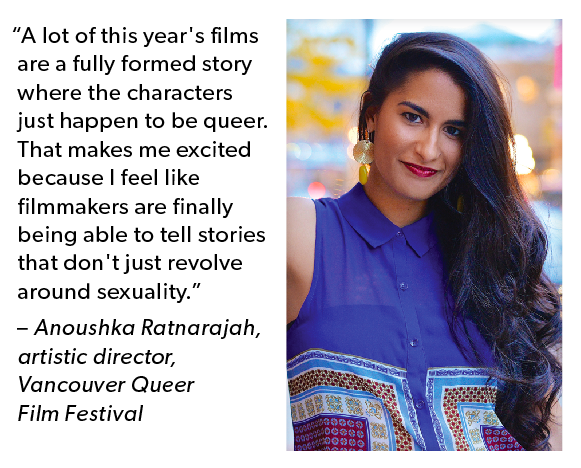 First on her list is Le’s offering, Song Lang, which will be kicking off the festival.

Set in 1990s Saigon, this aesthetically pleasing story documents the unlikely bond that forms between a debt collector and a Vietnamese folk opera performer.

“A lot of this year’s films are fully formed stories where the characters just happen to be queer. That makes me excited because I feel like filmmakers are finally being able to tell stories that don’t just revolve around sexuality,” Ratnarajah says. “Song Lang is a great example of that.”

On Aug. 21 another of Ratnarajah’s highlights, a film called José, will screen as part of the festival’s Centrepiece Gala. In this work, filmmaker Li Cheng juxtaposes a compelling love affair against the background of the harsh life in contemporary Guatamala.

“It’s a story I think a lot of people of colour will relate to, this feeling of wanting to be able to be out and still be close to your family and culture,” says Ratnarajah, “That’s often not an option for queer people who live in places where homosexuality is criminalized, or where there is a strong patriarchal culture that doesn’t look upon queerness with a lot of tolerance.”

Lastly, Ratnarajah points to the two-spirit spotlight, which includes an evening of queer Indigenous performance. Here, pieces by multi-disciplinary artists Beric Manywounds and Anthony Hudson will explore themes of ancestry and identity through the blending of film, movement, and text.

“I think the kind of work these performers are doing is really different and experimental, and takes us back to how queer film was when the festival first started,” explains Ratanarajah.

Beyond these picks, Ratnarajah is eager to present a program that pushes boundaries, takes narrative and aesthetic risks, tells new queer stories and speaks to the community.

“I think you’ll find with a lot of our films throughout the festival that we’re sort of deepening our relationship to queer characters. It’s not just like you’re gay and that's all the film cares about. A lot of the filmmakers are going beyond that expected storyline.”

Three decades after the festival’s first screening, the role the VQFF occupied early on remains just as critical now as it did in 1988. As noted by Ratnarajah, not only does the festival provide a queer space for the community to gather and celebrate each other, it also showcases works that are not seen at other local film events.

You'll be able to catch the VQFF between Aug. 15 and 25 at a variety of theatres around the city, including the Cineplex Odeon International Village Cinemas, SFU’s Goldcorp Centre for the Arts, the York Theatre, VIFF Vancity Theatre and the Vancouver Playhouse.

Tickets are on sale now. Visit queerfilmfestival.ca for details.