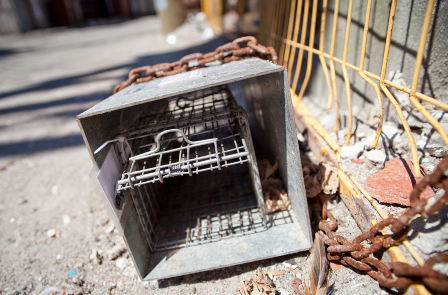 Now that the Pantages Theatre is gone, Downtown Eastside community representatives say it’s time for the landowner to clean up his act.

The future site of the controversial Sequel 138 condo development on the first block of East Hastings Street is full of debris, garbage and rats. Residents of nearby Single Room Occupancy hotels fear the lot is a heath hazard and want it cleaned up.

“The standards and maintenance bylaw says that ‘every owner of the land must keep the land and any buildings in such condition that it will not afford harbourage for or be come infested with pests,’” says Jean Swanson, an organizer with the Carnegie Community Action Project (CCAP), adding CCAP hasn’t contacted lot-owner Marc Williams about the mess.

“If [Williams] won’t do it, we want the city to do it and hand him the bill.”

Ben L. Smith, a resident of the Asia Hotel located across the alley from the vacant lot, estimates the site has over 500 rats living in it.

“Now at night, you see this wave of movement constantly,” he says, adding they’re climbing the fire escape on his building.

“We have absolutely no idea what rats anywhere in Canada are carrying. One of the goals of this study is to create this baseline data and to be able to assess that. But at this moment we can’t even begin to speculate, and that’s a problem,” says lead researcher Chelsea Himsworth.