join us donate
LOG IN or SIGN UP
Liquid syntax error: Error in tag 'subpage' - No such page slug join
find a vendor
December 17, 2013 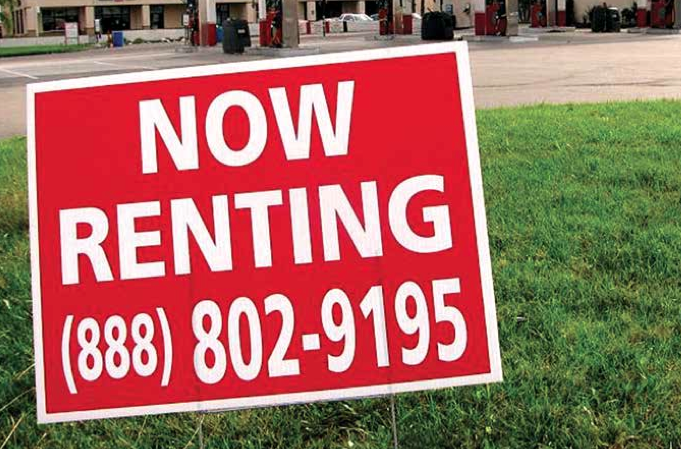 Megan Wright cradles her cellphone on one shoulder while her 10-month-old daughter, Kandra, stirs in her arms. It’s a crowded house in Victoria, B.C., and Wright has few places and moments to conduct conversations in peace. At night Kandra sleeps in the bedroom Wright shares with her common-law husband, Tony Edwards, and 10-year-old son Aidan is in the second bedroom down the hall. There isn’t enough space for everyone to live comfortably, Wright says, a frustration compounded by “a huge list of stuff” in need of repairs.

For two years, the family has lived in the two-bedroom apartment part of a house without smoke detectors, with a barely-functioning stove and a refrigerator that doesn’t work. But at $1,100 a month, it’s hard to complain; the apartment is what they can afford. Wright is a hairdresser. Tony, unable to work due to a longstanding hip injury, is on disability.

Currently, Wright is on maternity leave from work. “It’s been a tough year, paying that much for an apartment,” she says. In June, Wright added her family to the thousands of applicants on the BC Housing wait list for subsidized, low- income housing.

Households like Wright’s form the majority in Victoria, where 60 per cent of households rent (in Vancouver that number is slightly lower, at 53 per cent). While renting is a long-term reality for many B.C. families, renters still face a host of systemic barriers that have the effect of treating many renters— especially the most vulnerable ones— like second-class citizens, even though renters have considerable political and social clout in nearby American cities.

One particularly sore gap in B.C. over the years, say housing advocates, has been the widespread lack of educational opportunities for renters to learn about their rights and responsibilities. For 15 years, The Portland Housing Center in Portland, Oregon has operated a housing readiness course for renters facing barriers such as criminal records, credit histories or a lack of references that prevent them from easily finding homes.

Today, Ready to Rent BC’s six-week, 12-hour course on tenant and landlord rights and responsibilities has been held 101 times in Victoria and surrounding municipalities. Over 702 people have graduated from the course, including Wright, who took it this summer on the advice of a person helping her with her BC Housing application.

Renters like Wright—those “just slightly under the radar”—are precisely who Ready to Rent BC hopes to reach, says Colleen Kasting, the organization’s community development manager.

“They may be working part-time, minimum wage. They can’t make it ... they’re running their lives as well as they can. But a bit of help might be just enough to start a [ripple effect on] other parts of their life,” Kasting says. “When people realize they know something, and there’s value to it, they start to believe in themselves.”

Participating in free weekly Ready to Rent classes was transformative for Wright. The program’s childminding services let her leave Kandra in the care of others for the first time.

She left the course with a handbook of housing resources, a good reference that strengthened her BC Housing application, and fresh perspective on her living situation.

“We learned quite a bit of stuff [our landlord] is doing is not legal. It was eye- opening,” she says. Workshops by the fire department on what tenants can ask of landlords to safeguard their homes from fire, and BC Hydro on how to read hydro bills and save money, were helpful, she adds.

The course also features a section on budgeting, personal finances and how to form positive, collaborative relationships with landlords, adds Kate Lambert,

a Ready to Rent BC facilitator and coordinator who ran one of the program’s first classes.

Lambert joined Ready to Rent after working for decades in social services in B.C. and the United Kingdom. She was frustrated by what she describes as “revolving-door homelessness.”

“It was just a matter of keeping people as alive as we could keep them: feeding them, giving them a bed for the night, making sure they didn’t freeze to death. And it doesn’t work,” she says. “It just keeps people in that crisis mode, full dependency with no skills and no power.”

Ready to Rent, on the other hand, provides lasting solutions to housing problems. “We give people the tools so that they can feel like they can do things themselves,” Lambert says.

Ready to Rent’s self-empowerment model is similar to the self-help housing counselling model at work in tenant advocacy groups in San Francisco.

A key difference from San Francisco’s large culture of grassroots tenant organizing, however, is that Ready to Rent aims to engender respectful tenancies by neither advocating for

the side of the tenant or landlord. “Our whole purpose is to have a good, healthy tenancy,” Kasting says.

On the first day of the six-week Ready to Rent class, a landlord visits as a guest speaker and talks about their tenant selection process and what they expect of good tenants.

“‘Landlord empathy’ is what we call it,” Lambert says. “We’re trying to get people to put themselves inside the head of a landlord.”

‘This should be compulsory in Grade 12’

In the Lower Mainland, barriers to safe, secure and affordable rental housing that disproportionately affect marginalized and vulnerable people persist. Ready to Rent targets its classes to marginalized groups.

The program runs multilingual classes through the Victoria Immigrant and Refugee Society. Approximately half of all Ready to Rent participants are Aboriginal, living on or off reserve, and according to this year’s statistics, 70 per cent are women.

Ready to Rent plans to expand its programming up Vancouver Island to the Cowichan Valley and Duncan. The program will continue to look for communities interested in running

Ready to Rent courses. There’s also an appetite to run the classes in high schools.

“People say to us, ‘This should be compulsory in Grade 12. Kids should learn about this before they make the mistakes in their first tenancies,’” says Lambert.

“Housing readiness is like financial literacy or health literacy,” adds Kasting. “Housing readiness education didn’t really exist much at all [before Ready to Rent]. Meeting the goals we want to meet would mean there would be fewer evictions, fewer bad tenancies because of either landlord or tenant.”

Megan Wright expected to sit on BC Housing’s wait list for years; she’d been told the wait might last until 2015. But recently her family received a burst of good news.

“I got a phone call saying they were going to offer us a townhouse,” she says.

Thanks in part to a good reference from Ready to Rent, her family is moving sooner than expected. Wright will return to part-time work this month.

“I think everyone should take it,” she says of Ready to Rent’s rental education course. “It was helpful to me. I’m sure it would help a lot of people.”

This article was produced by Tyee Solutions Society, a partnership among Megaphone, The Tyee and other publications in collaboration with Tides Canada Initiatives Society. This story was made possible through the support of the Real Estate Foundation, Vancity and BC Non-Profit Housing Association. Support for this project does not necessarily imply Vancity’s endorsement of the findings or contents of this report. TSS funders and Tides Canada Initiatives neither influence nor endorse the particular content of TSS’ reporting.