join us donate
LOG IN or SIGN UP
Liquid syntax error: Error in tag 'subpage' - No such page slug join
find a vendor
August 24, 2011 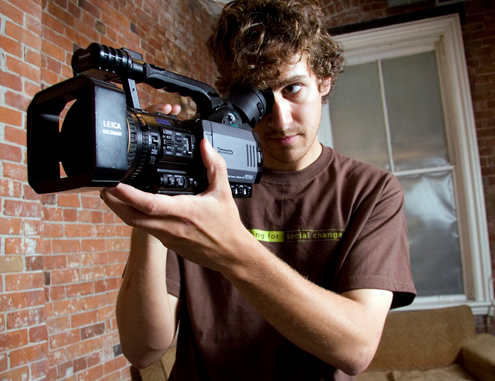 Filmmaker Steven Rosenberg was half a world away when he came up with the idea for an affordable film school for Vancouver. It was while working in India—where he taught students to create films and plays with little to no resources, but still have fun in the process—that the idea for Pull Focus Films was born. “That experience stuck to me,” says Rosenberg, who now serves as an instructor and director at Pull Focus Film School. “Film is so accessible and I wanted to make film school affordable.”

The not-for-profit film school established a two-fold mission to provide students with marketable skills while producing films that raise social awareness. The goal: to make its community a better place.

Rosenberg’s been a filmmaker for 13 years, working at Vancouver Film School before moving on to teach a free pilot for Environmental Youth Alliance, something he says “was an amazing experience.”

Then Rosenberg began teaching two-day courses, which filled up quickly. “I thought if I attracted that many students they would start to pay,” he says. “It snowballed from there.”

So far this year there have been 75 students signed up for different courses at Pull Focus and it’s booked for part of 2012. He hopes to expand the course for longer terms and offer college credits in the near future.

According to Laura Vladimirova, who works at Pull Focus, the school collaborates in community development.

“Our mission is two-fold,” she explains. “We aim to strengthen the capacity of non- profit organizations and charities by helping them create meaningful campaign films or films that raise awareness of vital issues.” 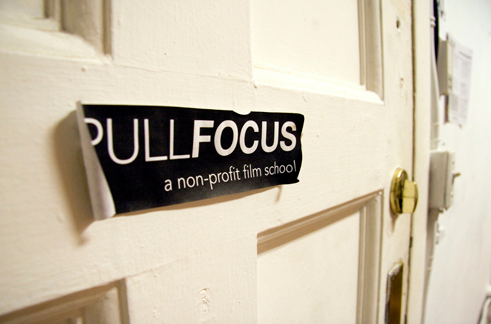 Vladimirova says the school makes films that are related to social justice only, asking charities and non-profits to set up small scholarships for students. The students then make campaign films for them.

This model, she says, makes the school affordable, giving underserved students an opportunity to learn hands on filmmaking and creating a strong portfolio for future projects. In some cases, not for-profit organizations don’t have the budget for professional grade films and this is where the school finds its niche.

“We know that these initiatives meet community needs in a way that measurably creates more vibrant, sustainable communities overall,” Vladimirova says. “Often, organizations sponsor a student’s education here because they receive a finished product at the end of it.”

Rosenberg agrees. “We start with the community,” he says. “It’s great to go all the way to Tibet, but it’s not necessary to go that far to tell a good story ... or portray things to be meaningful.”

Vladimirova says they’ve worked with women from the Downtown Eastside to make films about pregnancy, addiction and life after jail. They’re currently working on two films about Co-op Radio. Other film projects include fundraising videos for Potluck Café, an East Hastings eatery that employs low-income people from the neighbourhood, and United We Can, the bottle exchange depot also located on East Hastings.

It’s all in an effort to immerse themselves in the community–not just to film subjects, but actually have community members in their courses. According to Vladimirova, alternative film education can act as a voice to the community and beyond.

Former Pull Focus student Leslie Kennah is one of the students to obtain experience at the not-for-profit school to raise awareness about an issue for the David Suzuki Foundation. She worked on an animated film called The Dirty Dozen about the toxins found in personal care items such as perfumes, body sprays and other cosmetic products.

“I was interested in taking a course there because it seemed to offer a more hands-on, practical experience, rather than theory,” she says. “It was a really great balance.”

Kennah found Pull Focus on the internet and attended an open house before signing herself up.

“When a film is made they directly use them for a project, it’s used for a purpose,” she said. “It’s a great concept for a film school. It gives back to the community.” 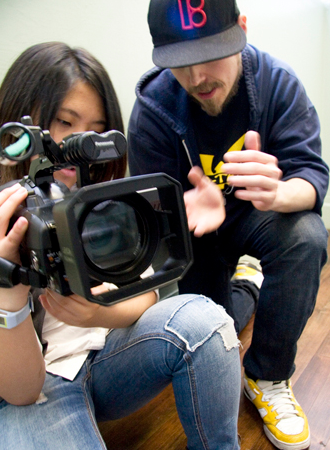 This collaboration is the first half of the Pull Focus model.

“The second part of our mission is to enable our students to gain real world experience in filmmaking,” she says. “They develop story ideas for compelling, authentic, thought provoking and socially charged mini-documentary films.”

Students write, produce, film and edit broadcast-quality, mini documentaries, according to Vladimirova, which have been screened on the web, cable and private events.

“Some students choose to fund their own way and they create films not based on community organizations, but a message that they want to convey,” she says. “This has resulted in some truly original content such as a film about beauty perceptions in Eastern Europe and a film exploring the obscuring of books by e-readers and the Internet.”

“If it seems intense, it is,” she says. “We push our students to realize the projects they may have dreamed of for years beforehand and we build a momentum for them to make their dream projects real.”

Isabelle Swiderski created campaigns for QMUNITY, an LGBTQ organization. The film she made was called I Heart My Chest. It focused on encouraging people within the community to overcome their stigmas and get regular chest screenings whether or not they’ve undergone re-assignment surgery.

“It was great,” Swiderski says about her experience at the school. “It’s a small school and you get to meet other students and make relationships.” She took a documentary for web course in the spring for six weeks.

Swiderski noted the chance for not-for- profits to get their messages out while also giving students contacts and a portfolio.

“The more opportunities there are for not-for-profits to be proactive and work with Pull Focus, the more opportunity for certain voices to be heard that wouldn’t be for lack of a budget,” she says.

As Vladimirova puts it, the 10-minute films are a blue print for the rest of the students’ careers in film.

“Whether they expand their ideas to feature-length documentaries or they enroll in more courses at our school,” she says, “our school is designed to give a real taste of filmmaking, lighting, sound, script writing and more.

“Everyone walks away with a finished product."

Please support our vendors buy purchasing a copy of this issue from them.