join us donate
LOG IN or SIGN UP
Liquid syntax error: Error in tag 'subpage' - No such page slug join
find a vendor
November 20, 2012 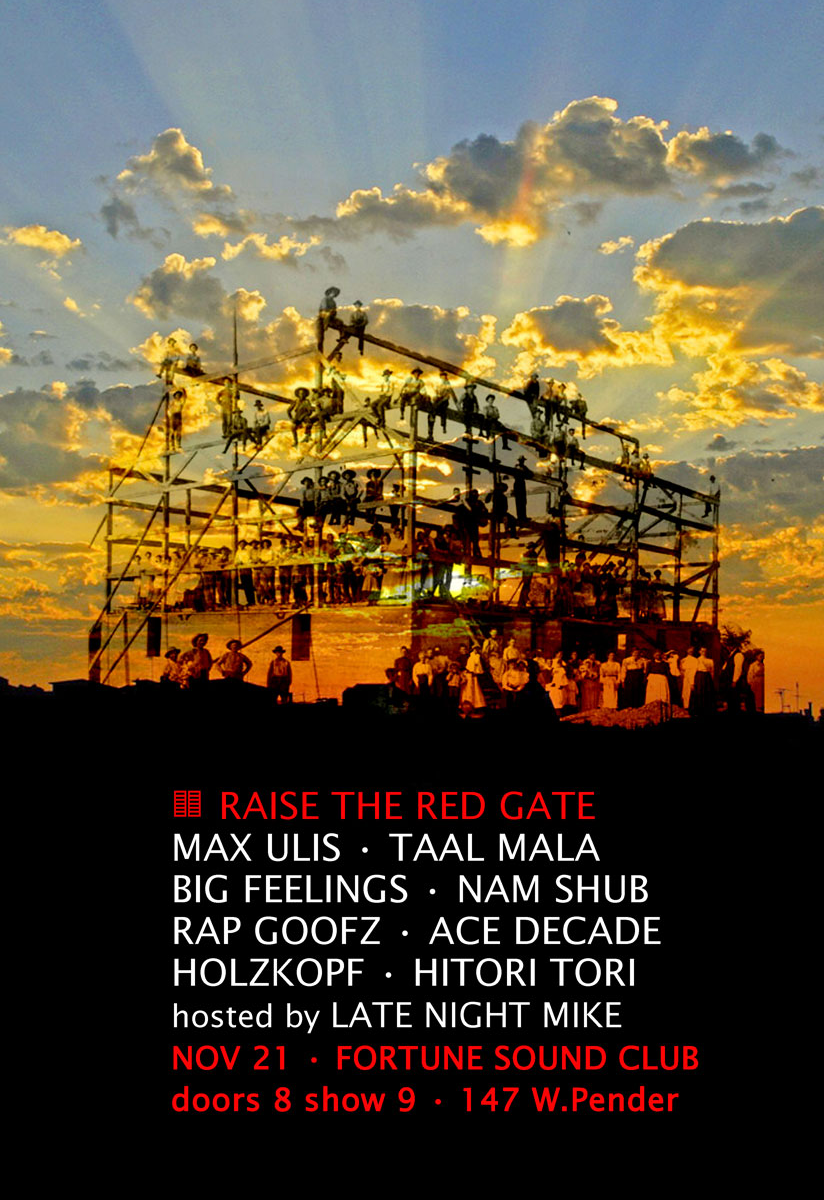 The Red Gate Collective has been homeless for more than a year. Their former location, a 15,000 square foot building devoted to recording, rehearsal, and visual arts studios, as well as flexible facilities for exhibition, performance and production, sits at ground zero of the gentrification of the downtown eastside, on the 100 block of West Hastings St. It is now being leased out at 8 times the rate they had been paying.

Since their "renoviction" in Oct. 2011, two other buildings housing artist studios on that same block have met a similar fate, combining to a total of 40,000 square feet of cultural space that has been lost in that small corner of the neighborhood alone.

In February of this year the Red Gate group discovered an empty City-owned building on Industrial Ave. and made a proposal to the City to lease the space at the commercial rate paid by the previous tenant. Despite assurances from the Vision council, the Cultural Dept, and other City representatives that alleviating the crisis in artist studio, production, and performance space is a top priority, after 9 months of waiting, submitting a formal proposal including budgets, timelines, and floor plans as part of a public RFP process, and then waiting again, no word about the building has escaped the fortress of City Hall.

In the intervening months, at least 4 other unlicensed (aka "underground") spaces have been shut down for bylaw, zoning, and allowable use violations.

It's becoming clear that, regardless of whether the expressed "good will" is sincere or not, the structural forces that have been pushing artists out of downtown Vancouver are still driving the agenda, with no end in sight.

In support of their proposal to the city, the newly-formed Red Gate Arts Society raised over $7000 in an online 'crowd-funding' campaign and collected almost 1000 signatures from their extended community. This Wednesday, Nov. 21st, a benefit show is being held at Fortune Sound Club (147 E.Pender) with all proceeds going towards a new space for art, music, and community. For more information, visit the Red Gate website at http://redgate.at.org