join us donate
LOG IN or SIGN UP
Liquid syntax error: Error in tag 'subpage' - No such page slug join
find a vendor
November 28, 2012 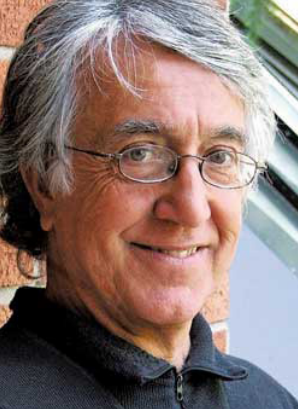 Barsamian is well known for his best-selling collaborations with famed intellectuals including Noam Chomsky, Howard Zinn, and Edward Said. His latest is “Occupy the Economy: Challenging Capitalism” with radical University of Massachusetts economist Richard Wolff. In his Vancouver talk, Barsamian will offer attendees a critical look at economic crises in a changing world, and speculate on how we might act to prevent future collapses.

Outside of his writing, Barsamian the award-winning founder and director of Alternative Radio, an independent, internationally-syndicated, talk radio program now in it’s 26th year. Alternative Radio can be heard regularly here in Vancouver on Co-op Radio (CFRO) 100.5FM.

His commitment to showcasing prominent progressive and humanitarian thinkers has garnered wide-spread acclaim. The Institute for Alternative Journalism named him one of its “Top Ten Media Heroes.” In addition, he is the winner of the Media Education Award, the ACLU's Upton Sinclair Award for independent journalism, and the Cultural Freedom Fellowship from the Lannan Foundation.

This FREE event will be held on Friday, November 30, 2012 at the SFU Harbour Centre Campus (515 W. Hastings St) in the Terasen Cinema (room #1800). Let us know you will be attending and RSVP on our Facebook page. For more information about the event head over to www.mediademocracyday.org. The CounterCulture Speaker Series is a partnership with The Media Democracy Project and SFU’s Institute for the Humanities.