join us donate
LOG IN or SIGN UP
Liquid syntax error: Error in tag 'subpage' - No such page slug join
find a vendor
June 15, 2012 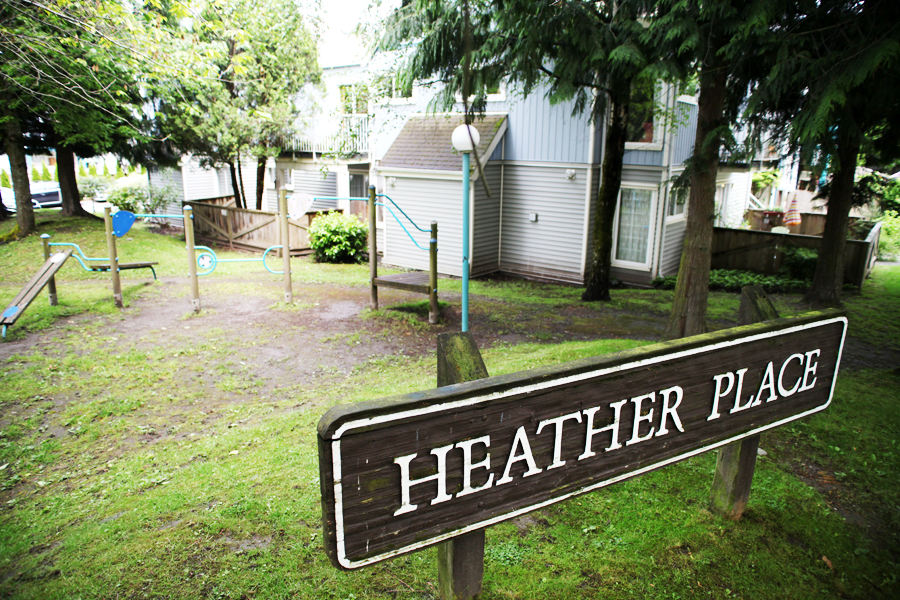 There’s at least a year left until a decision is made on the future of Heather Place social housing, but the Vancouver Renters’ Union says there’s not time to wait to mobilize renters to fight for their rights to affordable, sustainable and quality housing.

The Renters’ Union is hosting The Future of Social Housing, a panel discussion on June 16 at Douglas Park Community Centre, to discuss the housing crisis for low-income renters in Vancouver. Using Heather Place as an example, the union hopes to encourage renters to organize and stand up to developers and the city.

“The list of topics [for the event] is things like the expiry of funding for all social housing in B.C., the experience of Little Mountain, and also models that people can think of as alternatives,” says Renters’ Union member Nathan Crompton, who will be speaking about Heather Place specifically at the event.

An 84-unit property owned by Metro Vancouver Housing Corporation (MVHC), Heather Place has mold problems. MVHC is in favour of constructing new units instead of repairing existing ones. The rents will remain below market level, but the union argues those rates are double what low-income tenants are paying now.

In addition to Crompton, the speakers will include Jean Swanson of the Carnegie Community Action Project, The Mainlander editor Sean Antrim and UBC urban geography professor Elvin Wyly.

“It’s one thing to speak generally about a housing crisis, but it’s a different thing to speak from the perspective of the people who are most affected, which is renters."

RSVP to the Future of Social Housing in Vancouver discussion 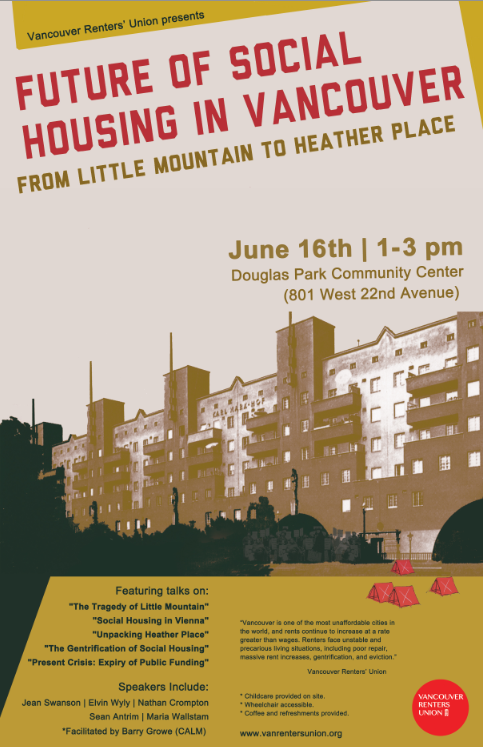