join us donate
LOG IN or SIGN UP
Liquid syntax error: Error in tag 'subpage' - No such page slug join
find a vendor
June 19, 2012 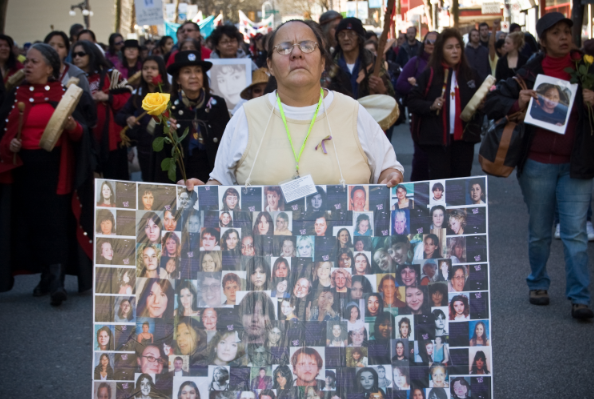 With the Missing Women Commission of Inquiry creeping to a contentious close, a landmark Ontario Court of Appeal ruling in March, new guidelines for the Vancouver Police Department, and a study recently published by the B.C. Centre for Excellence in HIV/AIDS (BC-CfE) with UBC, it seems momentum is building for major changes to B.C. sex work laws.

NDP MLA Shane Simpson hopes the status quo will give way to a more nuanced conversation about the often contradictory prostitution laws in Canada. If the Supreme Court of Canada upholds the ruling in Ontario, which allows sex workers to legally take their trade indoors and live off the avails, Simpson says it will open the door for new policy in other provinces.

“There’s going to have to be a wider discussion on how we deal with this issue and where so that our communities are still comfortable and have their say,” he said. Simpson is a supporter of the decriminalization of sex work. “I’m looking forward to the decision,” he adds, hedging that, “We [B.C.] probably won’t act on this issue until then.”

Simpson speculated that, if the ruling is upheld, more “bawdy houses” might be established, forcing the government to make a decision on how to respond—whether he thinks that would be a favourable outcome or not, Simpson wouldn’t say. Regardless, it means the potential for change. The public discussion about prostitution could start anew, he believes. “Hopefully, there will be a real conversation about respecting communities where a balance has to be found. The reality is the sex trade is not going away.”

A ruling in favour of relaxing the law would help shift the focus away from moral and ideological arguments surrounding sex work, which often cloud options for real policy change. If it happens, it could allow government to make more pragmatic policy. “There’s no question that sex workers are safer working inside in a controlled environment, especially survival sex workers,” said Simpson.

Simpson’s position is consistent with a study released last month by the BC-CfE and UBC proving safer sex work spaces reduce violence and HIV risk for workers. “The results were not surprising,” said Katrina Pacey, litigation director at Pivot Legal Society. “But it’s a good example of how marginalized women can be supported to work in a safe environment. Often there’s this attitude that they can’t be helped, but the study addresses this and proves it wrong.”

Working in parallel with the Ontario litigants, Pacey has fought for the decriminalization of bawdy houses. However, before reaching the Supreme Court, the case is held up in the B.C. Court of Appeal by challenges from the federal government regarding her clients. The study and previous challenges to current bawdy house prohibitions have met with predictable criticism. The counterpoint is that the research and the legal challenges support the notion that prostitution is inevitable, a force of nature. Advocates like Pacey are accused of ignoring the harm the sex trade causes and giving up on its participants.

“Obviously, decriminalizing bawdy houses is not the total solution, but it’s a very important piece,” said Pacey. “It’s about saving lives. We know women are going missing, being murdered; we want to save them first, then give them access to other services that they can enjoy these while they’re alive.”

Pacey draws connections to InSite: like safer injection sites, bawdy houses are not about making a dangerous activity easier or more accessible, but making vulnerable people safer wherever possible. And, following InSite’s lead, she emphasizes access to services, pointing out the potential to provide help finding other jobs, for example.

In a report submitted to the Missing Women Commission of Inquiry, Dr. Thomas Kerr of the BC-CfE references a study where he found 63 per cent of women in the sex trade would give it up if they had better access to low-threshold employment, while 62 per cent would do the same if they it wasn’t supporting a drug addiction. These types of services can be offered, once the women are safe, said coauthor of the BC-CfE/UBC study Dr. Kate Shannon. “Our current legal framework pushes sex workers further underground. This study will do the opposite, putting them in a more  controlled situation. It has also proved to improve their relationships with police.”

Advocates would like to see the study submitted as part of the Inquiry’s final report, a decision Pacey says depends on the lawyers involved and whether they see it as a crucial piece. “Canadian prostitution laws are a failure by every measure,” she said. “We need to put human rights and safety at the forefront. Studies like this allow sex workers to speak for themselves and promote evidence-based arguments. It is very important to educate the public on these facts. Certain ideological preconceptions do not lead to good policy-making.”

The Missing Women Commission of Inquiry did not wish to comment on the process until the final report is released.